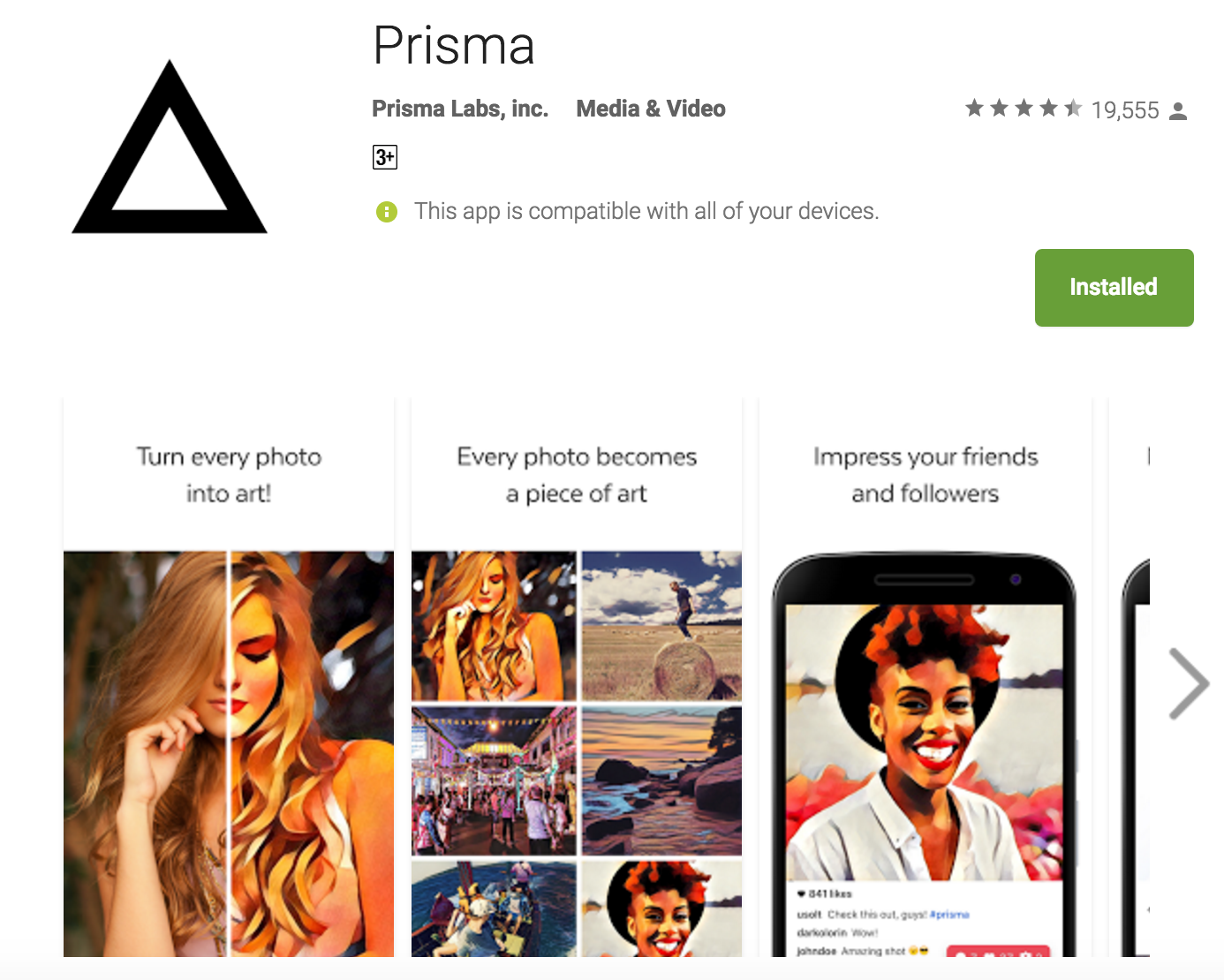 Last week as we informed, the The Hit Photo-editing app that has gone viral on Social media known as Prisma was launched on Android as a Beta, but soon afterwards it was made not available for everyone who installed as an APK as I wrote in a previous article. has finally launched on Android. Prisma is an awesome new app that can turn your normal photos into beautiful pieces of art.

It has only been available on iOS for over five weeks only but it’s already the number one app in 40+ countries, and has been downloaded over 7.5 million times, generating 1.5 million daily active users.

Given the huge demand online from frustrated Android users desperate to get in on the action, the release of the official version of the app will no doubt be a hit in the Google Play Store. It was released hours ago but has caught major attention.

Download Prisma for Android from the Google Play store below or if you want the APK you can get the APK from APKMirror here as well.

Don’t forget to share the article with your friends too.