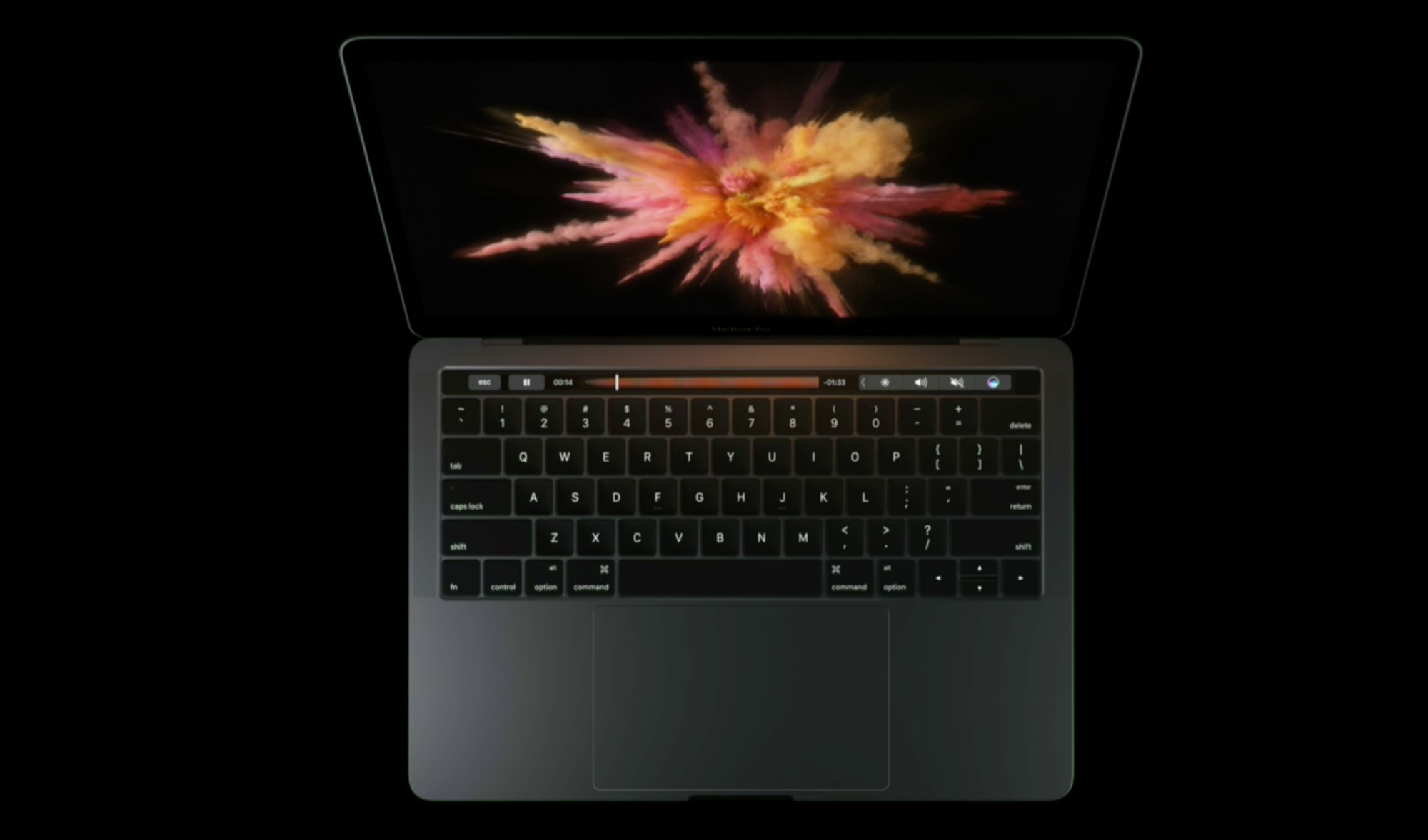 We were all waiting, and at the special “hello again” Apple Event Apple unveiled the all new 13″ & 15″ MacBook Pro with a redesigned look and a lot of extras starting off with the all new Touch Bar.

Just like before, the MacBook Pro still has a metal unibody design but it has been improved and Apple has also added the Space Gray colour option. Now the MacBook Pro will be available in Silver and Space Gray and a lot of users will be happy about that, including me. This is the thinnest and lightest MacBook Pro ever. The 13-inch MBP weighs 3 pounds and measures in at 14.9mm of thickness, down from 18mm currently. The OLED touch strip at the top that had been rumored is present, as expected. Apple calls it Touch Bar and it does actually have an Esc key, it’s just in software rather than a dedicated button. It’s claimed to be a Retina display in its own right, and it responds to both taps and gestures. To the right of the Touch Bar is a Touch ID fingerprint authentication module. It’s the second-generation Touch ID and it’s protected by a sapphire glass cover.

The new MacBook Pros also have a much larger Force Touch trackpad, twice the size in fact, and the second generation butterfly mechanism keyboard.

Talking about the specs, the 15-inch includes Intel Core i7 (6th gen, quad-core, 2133MHz memory), Radeon Pro, up to 4GB VRAM, up to 2.3x faster, Superfast SSD up to 2TB, up to 50% faster, advanced thermal architecture (for fan), all-new speaker design, 2x dynamic range and the 13-inch includes Intel Core i5 or i7, Intel Iris Graphics, Superfast SSD.

Both machines have four Thunderbolt 3 USB Type-C ports, any one of which can be used for charging. MagSafe port is gone. The new macs still have the 3.5mm headphone jack, but no SD card slots or other types of ports which means users will have to carry many adapters. Apple says the USB-C ports replace power, Thunderbolt, USB, DisplayPort, HDMI, and VGA ports.

Here are some images of the 13″ MacBook Pro.

and some images of the 15″ MacBook Pro. Oh and, The Apple Logo doesn’t Glow anymore as well. Well that’s sad.

This is an awesome machine and macOS Sierra will put this device to great use as well.

Here’s a rundown of the configurations.

Prices are as follows,

It is worth nothing that the prices will change if you upgrade the internals and the completely Maxed out 15″ version costs a whopping $4299! Now it’s time for you to share the news with your friends!

Here’s my Initial Impressions video where I talk about the latest Macs!

Drop a comment and let me know what you think.