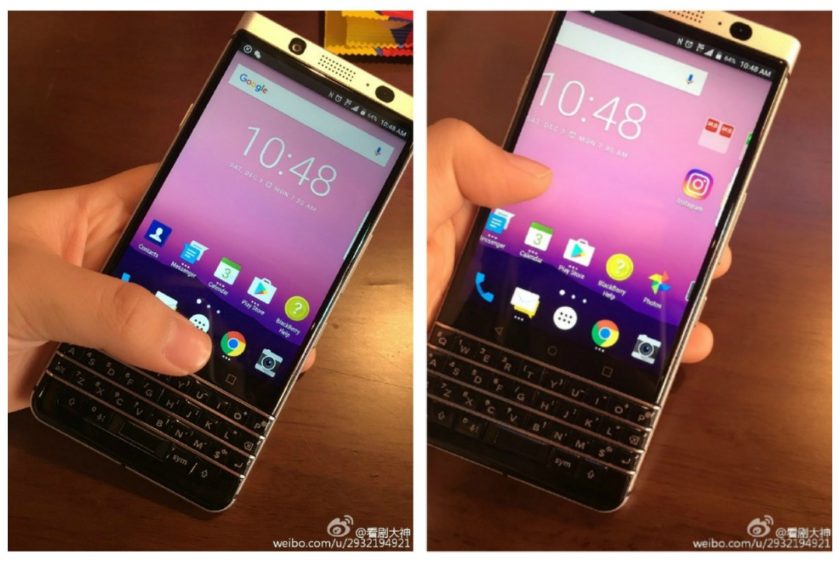 The BlackBerry Mercury has been in the rumor mill for a very long time and last month its existence was confirmed by company CEO John Chen. Today, we have received some Live images of the alleged device rocking a QWERTY keyboard.

These two photos that just showed up on Weibo reveal a device very much the same as that first shot from June from what appeared to be an internal presentation, so they just may be the real deal. Hidden on that previous image, we now see the prominent front camera and what are likely the proximity and ambient light sensors on the other side of the earpiece. It looks quite good at first glance.

According to the rumors, this device should feature a 4.5-inch display with a 3:2 ratio, a 2.0GHz CPU as part of a Qualcomm chip, 3GB of RAM and 32GB of storage. That front camera we mentioned should be 8MP, while on the back an 18MP shooter is expected. As evident from the images, the Mercury will run Android like every BlackBerry since the Priv, but it just doesn’t look like Nougat at first glance, as was previously rumored.

Stay tuned to Andro Dollar for the latest on this device as it looks like a release could be near us. Will BlackBerry unveil this at CES?