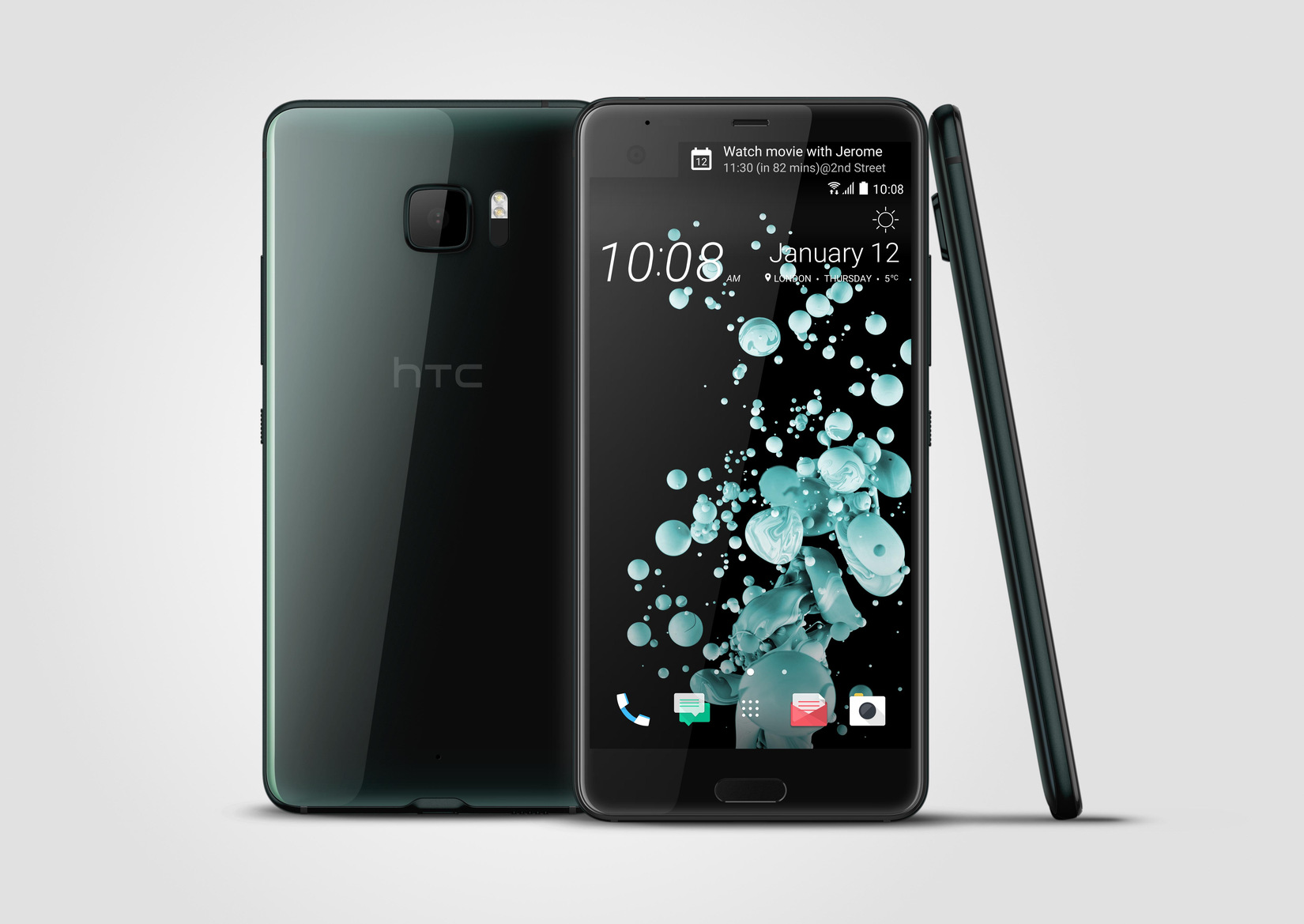 HTC is starting 2017 off with the launch of their next big flagship which is called the HTC U Ultra. They are also launching another device called the HTC U Play along with the Ultra as a slightly smaller and less powerful device.

The devices have a all new design which is strikingly glossy. HTC has moved to a new all-glass exterior, which it calls Liquid Surface construction, and the company has spent a lot of time creating a material that mimics the properties, not just the look, of liquid. What that means in practice is that you’ll sometimes get sensational-looking reflections that lend the U phone a quite unique appearance. The surface of both phones is ultra smooth according to those who got to check them out. However, these devices have some unique look and colour to them.

The other big change on the outside is the U Ultra’s second screen, which is a thin 2-inch strip residing to the right of the front-facing camera and immediately above the Super LCD 5 screen. The 5.7-inch Ultra has what is now a pretty standard Quad HD resolution on its main display, and it maintains the same pixel density on the 160 x 1040 second screen. The secondary display looks and seems to be pretty much the same as the LG V10 and 20s, and works sort of the same for notifications, reminders, shortcuts to frequent contacts, and music playback controls as well.

Powering the HTC U Ultra is a Snapdragon 821 along with 4GB of RAM, and a choice of 64GB or 128GB of storage. HTC makes an increasingly rare inclusion by also offering a MicroSD card slot for expansion by up to 2TB of extra storage. The camera has been upgraded with the addition of phase-detect autofocus, but is otherwise unchanged from the 12-megapixel UltraPixel shooter on the HTC 10. You still get laser autofocus, large pixels, an f/1.8 aperture, and optical image stabilization. The front camera of the U Ultra has a much higher resolution of 16 megapixels, though it also has an UltraPixel mode that produces 4-megapixel snaps which works great in low light. The U Ultra has a 3000mAh Battery to power it as well while the U Play as a 2500mAh battery inside.

The U Play has a weaker Helio P10 processor from MediaTek, offers 32GB or 64GB, and uses a 16-megapixel rear camera with smaller pixels than on the Ultra model. It also makes do with 1080p display resolution. The biggest shortcoming, though, might be on the software side, as the U Play will begin shipping with Android Marshmallow on board. The U Ultra, on the other hand, is based on the latest Android 7 software, Nougat.

HTC’s own AI assistant feature is also making a debut with the HTC U Ultra called the HTC Sense Companion and it is deeply integrated in HTC’s software and collects data from the user over time. That is done to provide assistance, alerts, and suggestions proactively.

If the battery on the device runs out, You’ll be charging that battery through the Type-C USB port, which just happens to be the only wired interface on the U Ultra. Just like the title mentions the 3.5mm Headphone jack is not present here and that enables HTC to deliver a personalized audio output to match the specifics of your eardrums therefore, HTC points to its bundled USonic earphones — a rebranded version of the in-ear headphones included with the HTC Bolt and 10 Evo — and says their improvement in sound is dependent on the more capable connection provided by the digital USB-C interconnect.

It is also worth noting that HTC is also going to launch a limited edition U Ultra with a sapphire glass screen on the front and 128GB of storage.

The U Ultra will be available globally this quarter, which is not particularly specific. Price will be $749 in the US, pre-orders open now, and units will start shipping in mid-March.