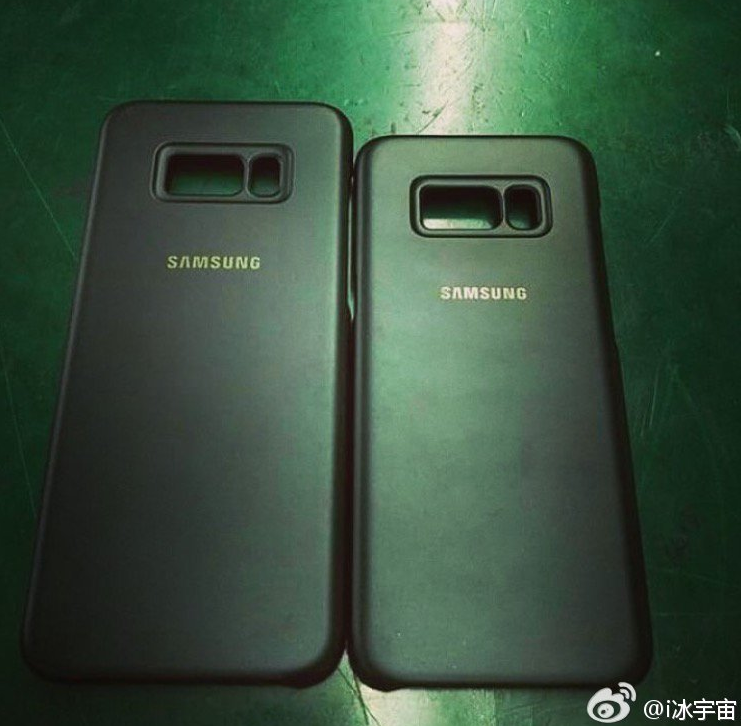 The hype and excitement about the Galaxy S8 increases day by day and the so does the leaks. Today we have got a new leaks which allegedly reveals the official cases for the Galaxy S8 and S8 plus. This also confirms the placement of the fingerprint scanner at the back of the device which many people (including myself) think is the most stupidest place to put the fingerprint scanner.

We are expecting a 5.7″ regular Galaxy S8 and a 6.2″ Galaxy S8 Plus both featuring Edge displays. Devices will have a dedicated button for the AI assistant named Bixby as well. Have a look at the leaked cases below.

As you see in the images above, The accessories have cutouts on the back for the camera sensor and the LED flash and a separate opening for the fingerprint scanner. On the images we see the cases in two sizes, confirming the 5.7″ and 6.2″ displays for the Galaxy S8 phones.

The left side has a large cut for the Volume keys and the Power key, which has been moved to make room for the Bixby button on the right side. The case itself is slick black matte and is made of polycarbonate which looks similar to the Galaxy S7 cases.

It is expected that the Galaxy S8 will launch on March 29th at a special event and will go on sale in April.

What do you think about the placement of the fingerprint reader?