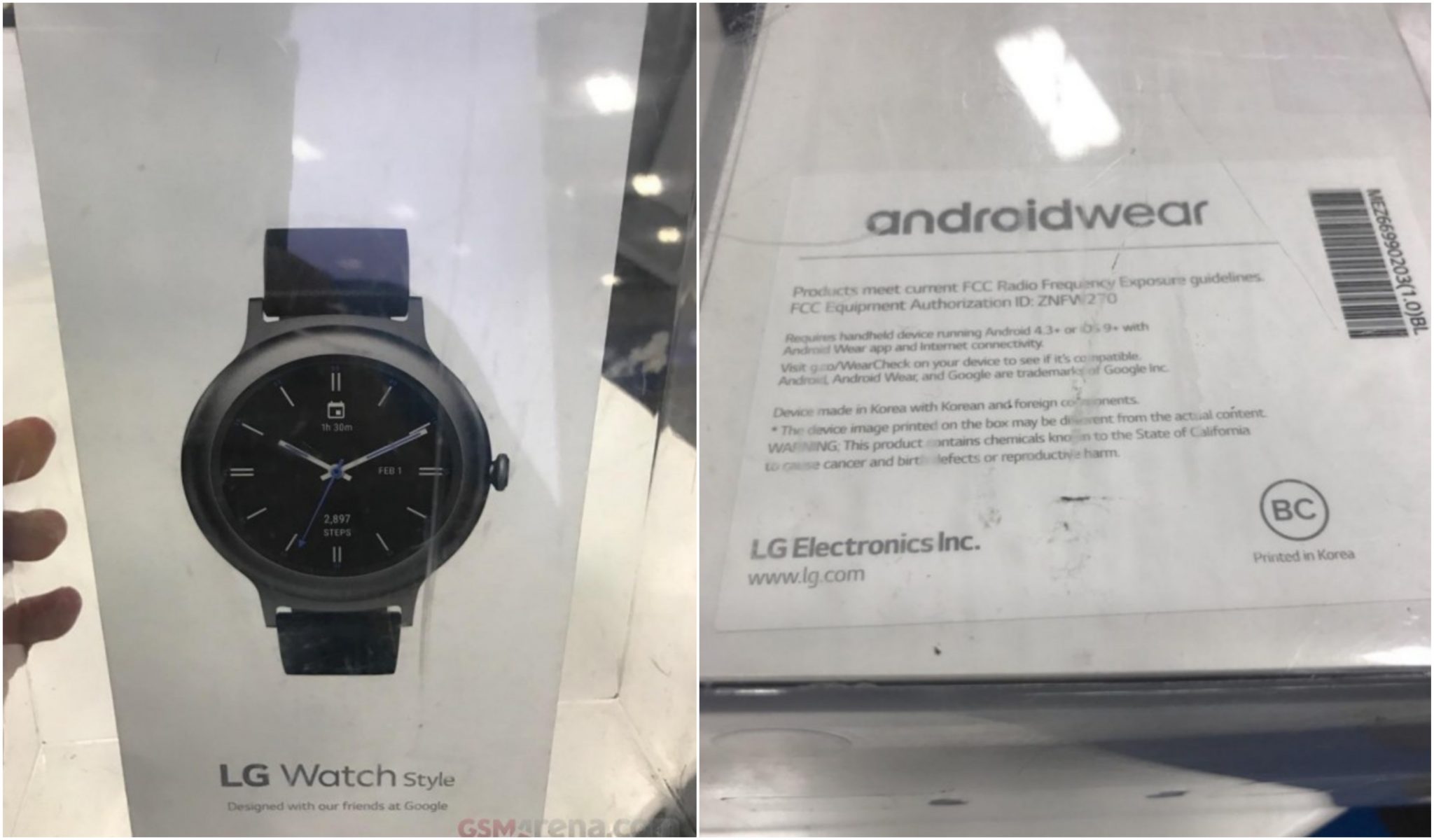 We have heard many rumors of the upcoming Android Wear Smartwatches from Google along with LG. Like I reported earlier in the site, It is said there will be 2 models coming out from LG called the LG Watch Sport and LG Watch Style on February 9 alongside the final release of Android Wear 2.0.

GSMArena has got some exclusive leaked images from a BestBuy Employee of what appears to be the final retail packaging of the LG G Watch Style.

It looks like the device has a circular design with standard straps of either 20mm or 22mm width.

On the back of the box we see the safety sticker and on the other side we see the code name of the device – LG-W270 as well as the info that the LG Watch is manufactured in Korea last month, so devices are already in distribution.

According to the latest rumors, the LG Watch Style will have 512MB RAM and 240 mAh battery along with the 1.2″ 360×360 P-OLED display. The watch is also tipped to come with IP67 certification for water and dust resistance.