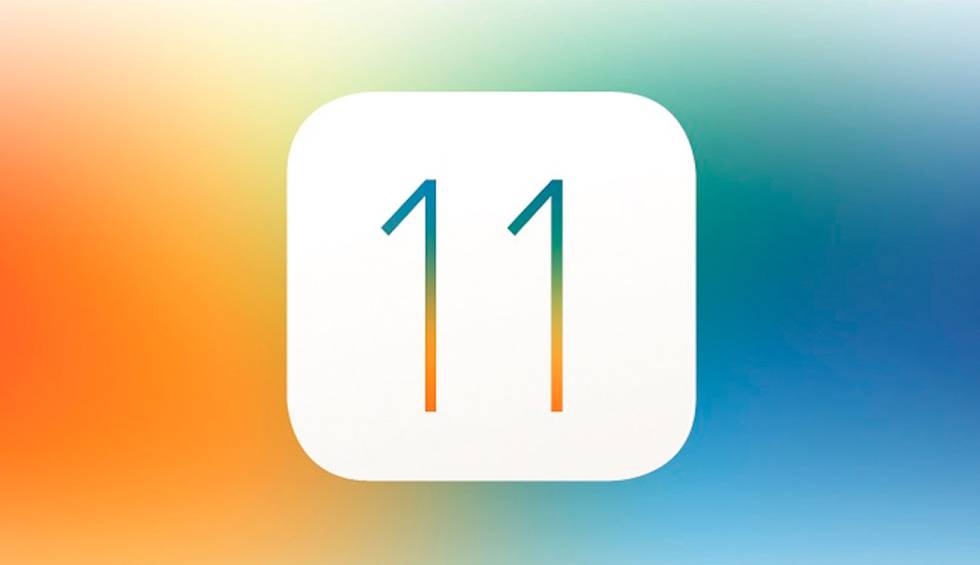 Apple’s developer conference WWDC kicked off today at San Jose. At the event, Apple announced the newest version of iOS – the latest major update to its mobile operating system. The new version of iOS is iOS 11. This was the most obvious update that everyone saw coming. iOS 11 will be coming soon to all your iDevices.

Messages get more improvements this time around starting with an app stay for all the dedicated apps and also message sync is coming to all iOS and Mac devices so all the messages and chat history will be synced always. 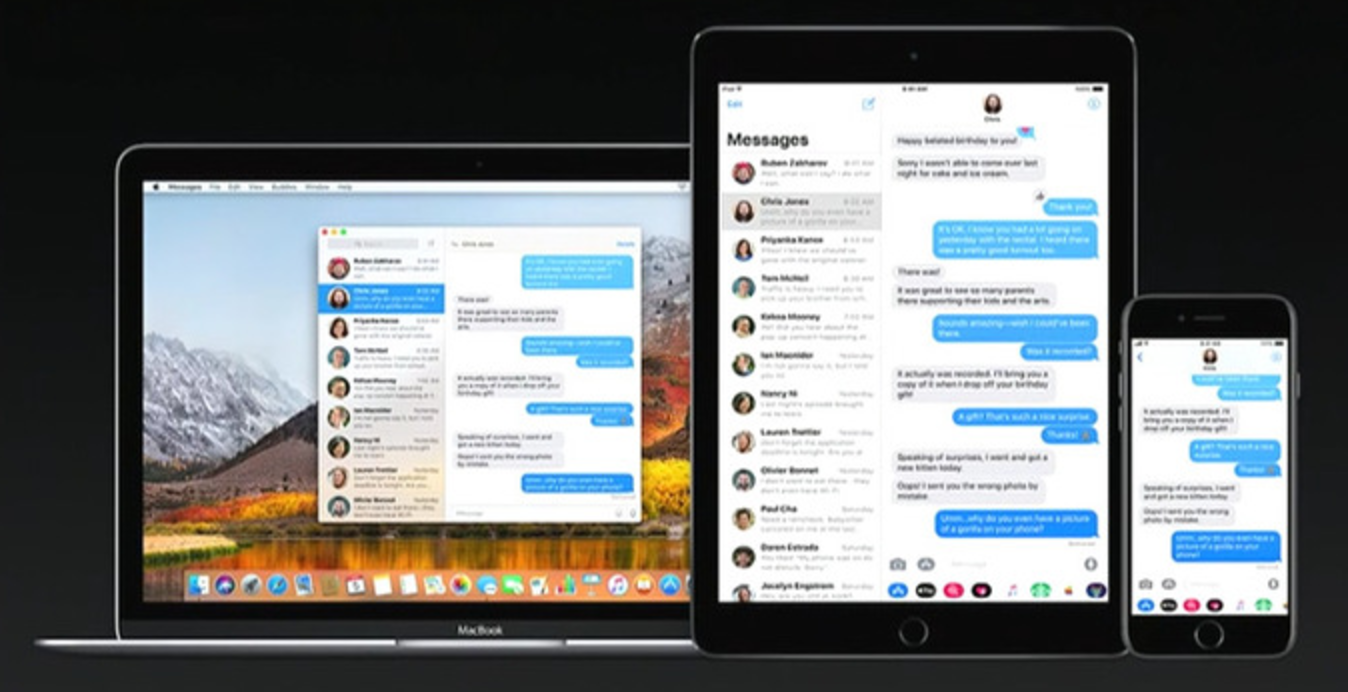 Now if you use Apple Pay, you can now exchange money directly with the people you chat with. Apple’s payment system now supports person-to-person transactions, and those are accessible right from within the Messages app. 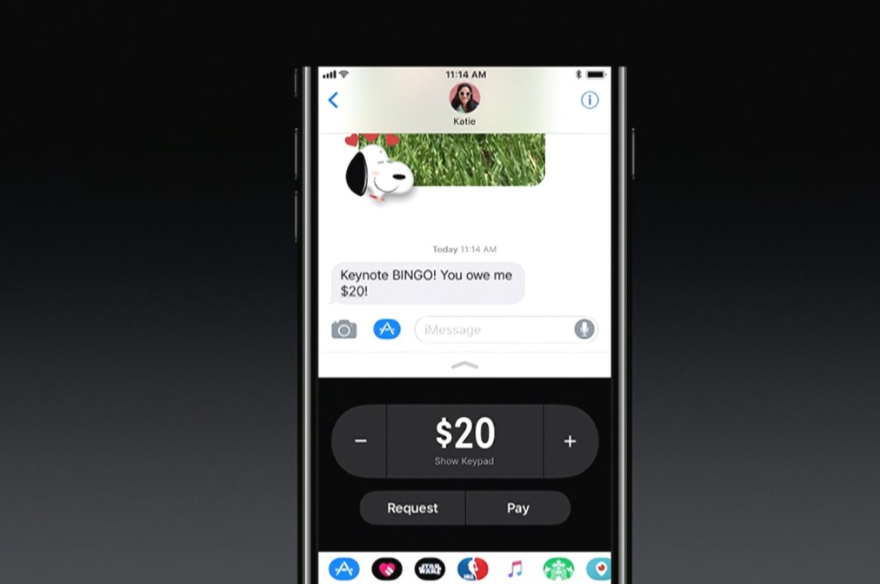 Siri is also getting an update like we all expected. The biggest change is her new voice. Her voice is more natural in iOS 11, and the demo made on stage did sound good. As before, Apple’s assistant has a male voice as well, which has also been improved. Another awesome skill: Siri now has language translation abilities. The feature is still in beta, Apple clarifies but saw a pretty convincing demo of Siri translating a phrase from English to Chinese without a hitch, but real world use will be quite a different story. Siri will now be able to perform translations in various languages including English, Chinese, French, German, Italian, Spanish.

A new “intelligence” feature allows Siri to make suggestions that you might find interesting — like a news article — and be more predictive about what you want to do next. Siri accomplishes this through what Federighi described as “on-device learning.” On-device learning is synced across your other Apple devices but “kept completely private, readable only by you and your devices.” 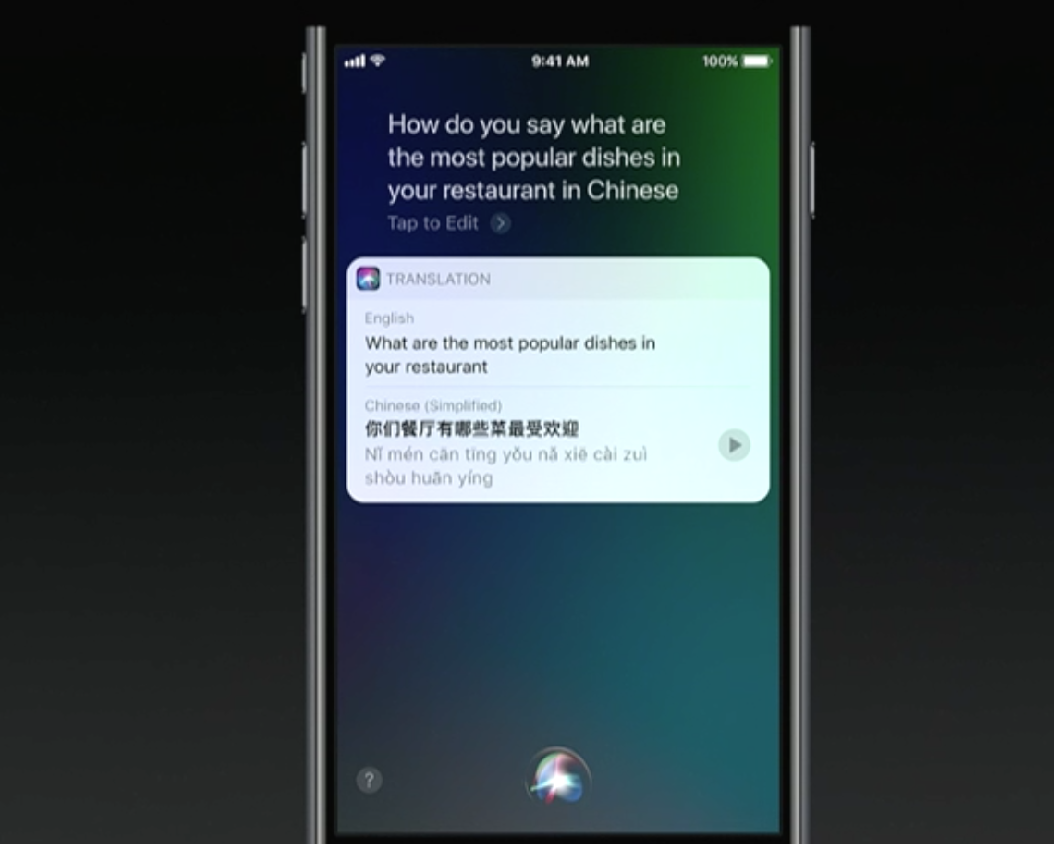 Control center gets a redesign this time around with iOS 11 as well and As before, you slide up from the bottom of the screen to bring it up, and you’ll instantly see its new design. As before, buttons support Force Touch for richer interaction – using Force Touch on a slider, for instance, makes it bigger. Still, it doesn’t seem to be having a major change to the customization skills on iOS though, disappointing news for all of us who were waiting for more change. 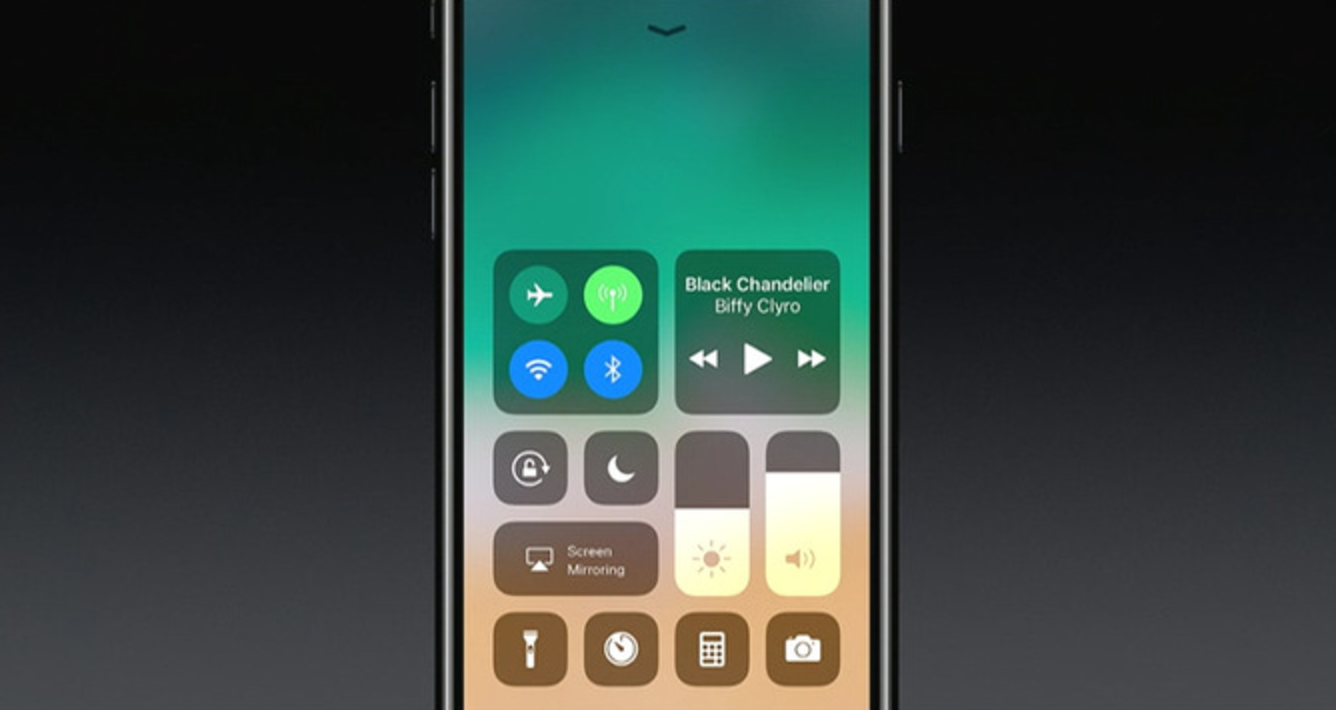 iOS 11 also adds new improvements to Maps when you’re behind the wheel of a car. Lane guidance and speed limits should help you navigate unfamiliar highways, and a new Do Not Disturb While Driving will get rid of potential distractions when your eyes should be focused on the road. Text messages won’t be shown by default, though Senders have the option of replying with “urgent” in cases when you really need to see something.

Especially for those in China, the Camera now supports reading QR codes as well. 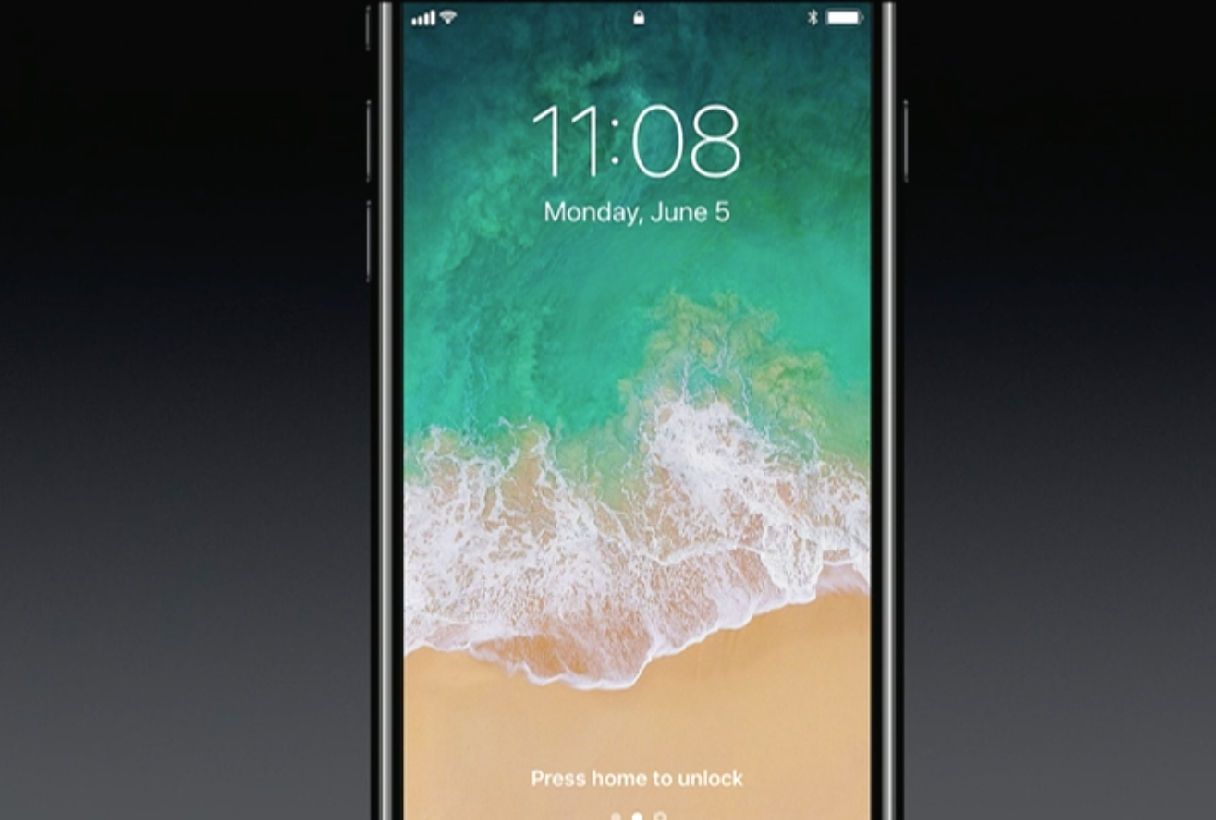 iOS on the iPad will be getting some amazing new updates such as a drag and drop feature and some awesome use for the tab. It will be incredibly productive. Apple also released an app called “Files” for the iPad where you can access all the files and even add in cloud accounts and use them. 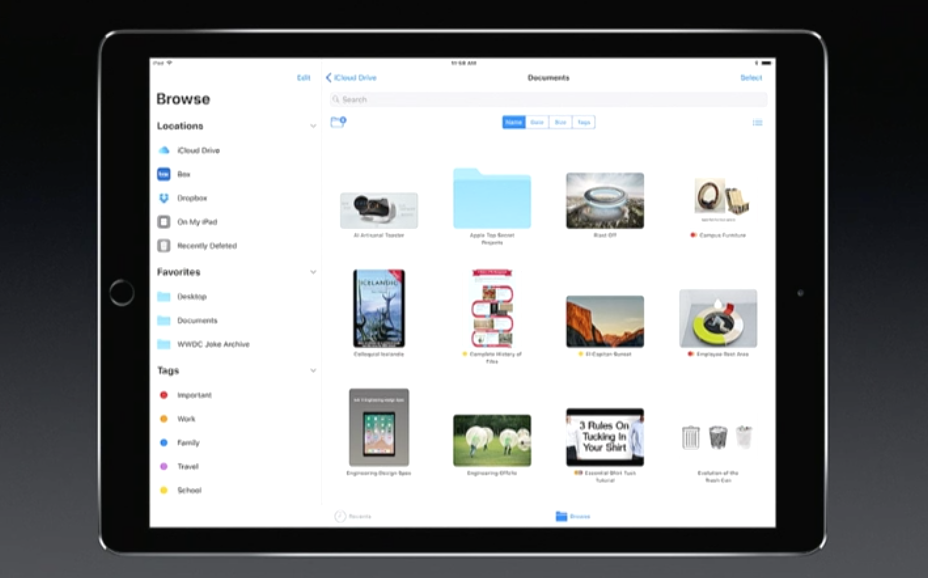 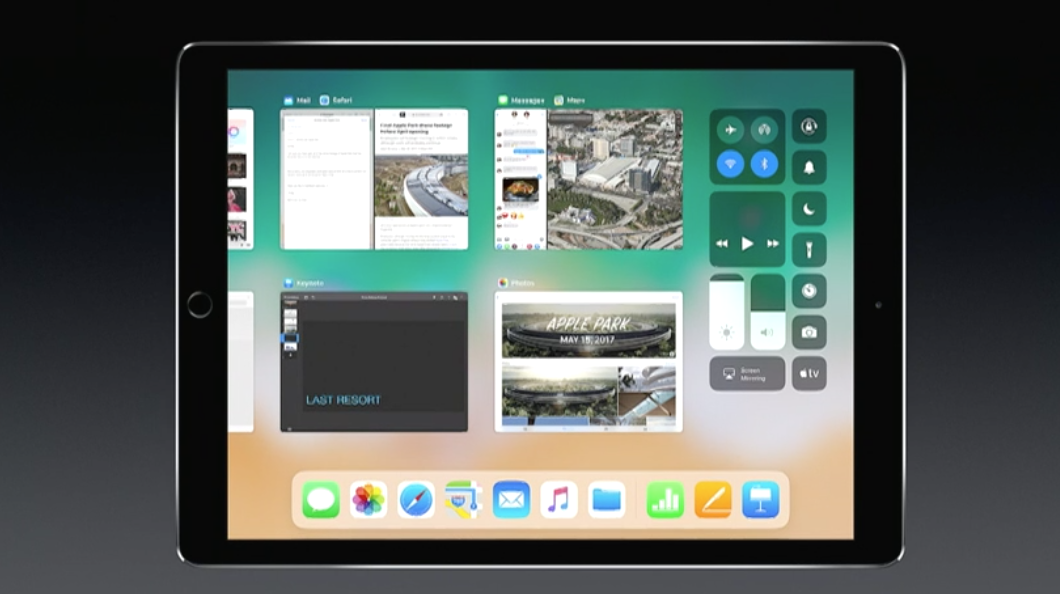 iOS 11 will be available today as a Developer update and the public release will happen in the fall.