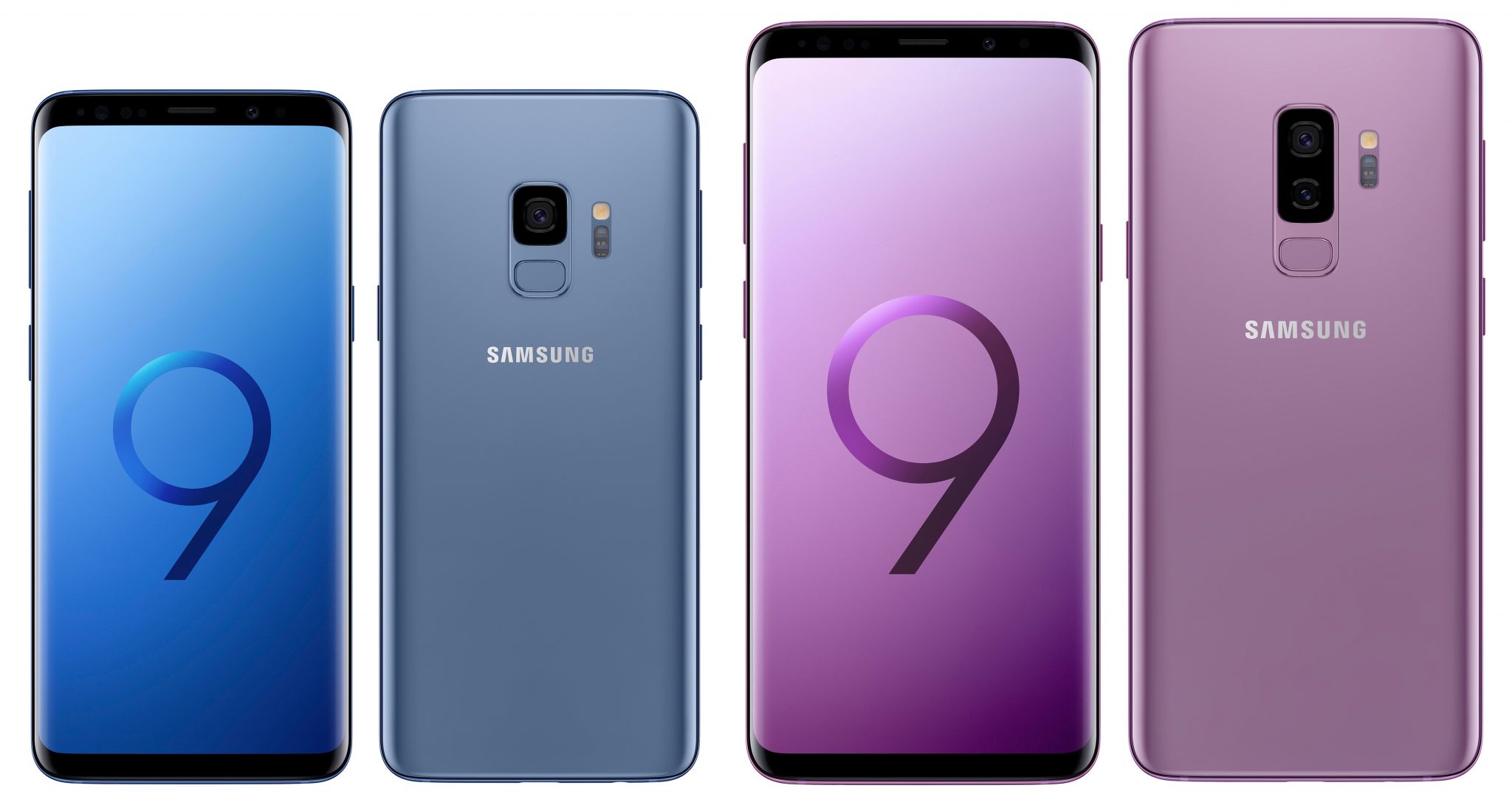 The Galaxy S9 and Galaxy S9+ have been unveiled by Samsung at MWC 2018 in Barcelona.

Both S9 and S9+ retain the familiar glass-sandwich design with water-resistance and curved Gorilla glass. Samsung has trimmed the screen bezels a bit and thus both phones have insignificantly smaller footprints than their respective predecessors. There are some minor changes to the design like a well-hidden iris scanner, changed grille for the bottom speaker but the best thing is the new placement of the Fingerprint scanner which is right under the camera, which is where it always should have been with the S8.

Both the Galaxy S9 and S9+ will run on the latest Exynos 9810 everywhere except North America and China where the Snapdragon 845 will be used. The S9 has 4GB RAM while the S9+ has 6GB RAM.

The camera is where the new Galaxies have seen the biggest upgrade. The 12MP main camera on both phones is now capable of variable aperture – you can choose between f/1.5 and f/2.4. There is optical stabilization and dual-pixel phase-detect autofocus. The Galaxy S9+ is exclusively getting a secondary telephoto camera – the same as on the Note8. It’s a 12MP sensor with f/2.4 lens, OIS, and dual-pixel AF. The selfie shooter is a 8MP one with f/1.7 lens and autofocus.

Both smartphones support 4K at 60fps capturing in the new HEVC format, as well as 720p slow-mo recording at 960 fps – just like the most recent Sonys. One major difference between the Xperias and the Galaxy S9 smartphones is the automatic event detection. Samsung offers easy editing of those clips, including one-click gif export this time around.

Both the Galaxy S9 and S9+ come with a premium AKG by Harman stereo speaker setup with Dolby Atmos support. Samsung says those are 40% louder over the S8’s speaker which is awesome.

The S9 duo runs on Android Oreo with the latest Grace UX. Pretty much looks similar to the S8 software wise.

AR Emojis are also here on the S9 duo which is a similar feature to Apple’s Animojis. Samsung lets users create an emoji that looks, sounds and acts just like them which is why this could end up being better than Animojis. AR Emoji uses a data-based machine learning algorithm, which analyzes a 2D image of the user and maps out more than 100 facial features to create a 3D model that reflects and imitates expressions, like winks and nods, for true personalization. AR Emoji uses a standard AGIF file format, so users can share their emojis across most third-party messaging platforms too.

Both devices have improved KNOX, and Intelligent Scan security making use of the iris scanner and face unlock at the same time.

Are you interested in the S9 duo? Let me know down below and share this with your friends too!