After the long wait and anticipation, Huawei has finally unveiled the Huawei P20 and Huawei P20 Pro at a special event in Paris. The new flagships bring some notable improvements especially with the camera as the P20 Pro is the first device to be rocking a triple camera setup.

The P20 design is pretty cool with a dual-glass body reinforced with a metal-frame. The P20 is IP53 rated for dust and splash resistance. The signature color of the series is Twilight with a very catchy gradient. It will be available is all markets. Other color options are Black, Midnight Blue, Pink Gold and Champagne Gold, but some of those will be region dependent.

The Huawei P20 is the smaller of the two devices with a 5.8″ LCD display with a notch and resolution of 1,080 x 2,244 pixels. The matrix behind the glass is PenTile RGBW. Just below the screen sits an always-on fingerprint reader. 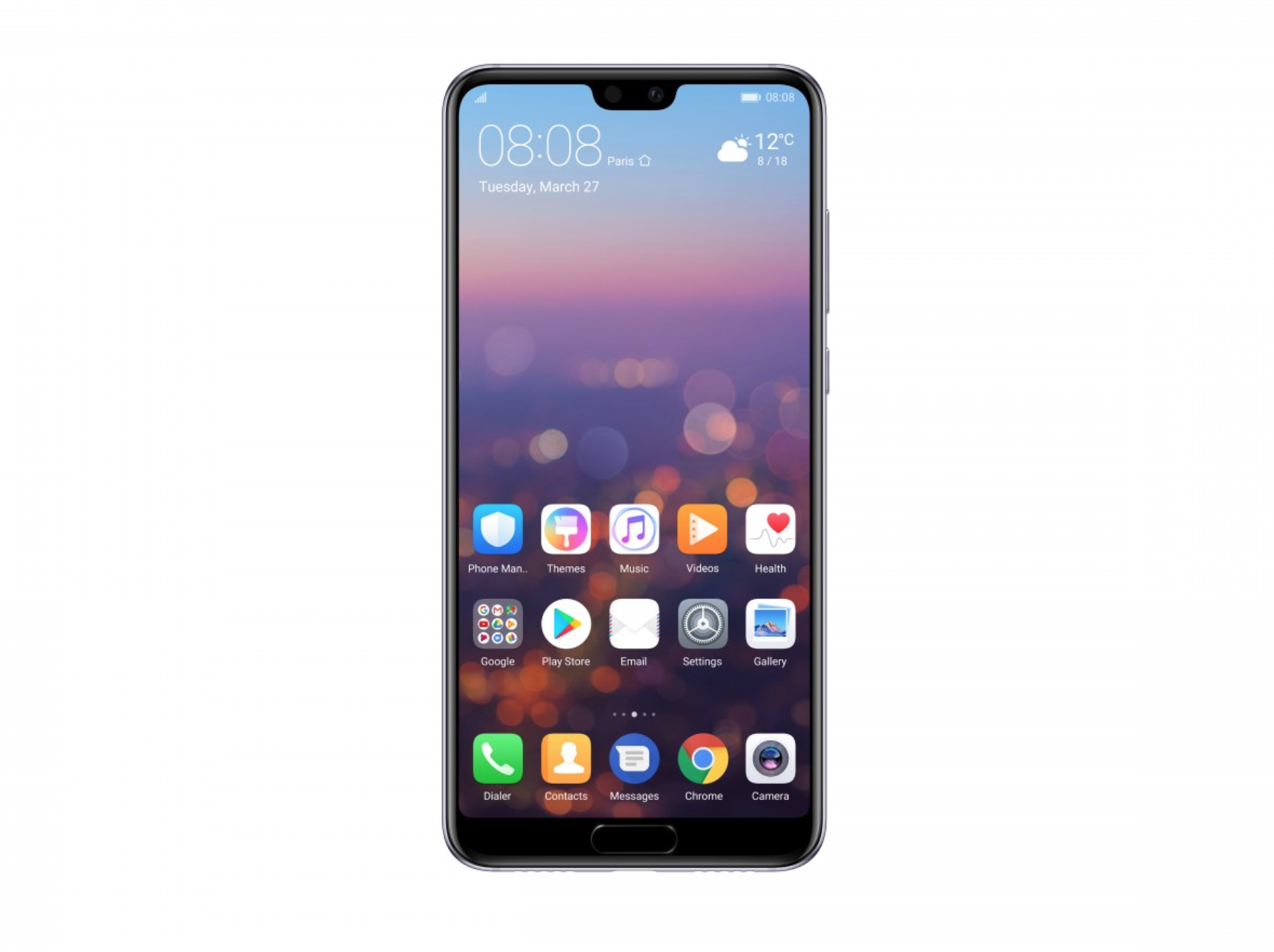 The P20 runs on the Kirin 970 chipset with an octa-core processor and 4GB of RAM. There is 64GB storage that can be expanded. The chip also has Huawei’s dedicated NPU for machine learning acceleration.

The camera on the P20 does come with 4-way autofocus (PDAF, laser, contrast, and depth detection). There is also a dual-tone LED flash.

The P20’s camera can do portraits, various background and lighting effects, 2x lossless zoom, and it can capture 720p@960fps slow-mo videos. There are various AI advancements as well.

The selfie camera is a much upgraded 24MP camera with an apature of f/2.0. It can do bokeh and studio-lightning effects and enables 2D Face Unlock.

Huawei P20 is powered by a 3,400 mAh battery with support for Huawei’s Super Charge.

The Huawei P20 Pro is the true flagship of the series as it packs the new Leica Triple Cameras and a lot more impressive stuff. It is a much better P20 in my opinion. The Pro has the same design and build as the P20 but is IP67 rated for dust and water resistance.

The P20 Pro is built around a slightly bigger 6.1″ screen with the same 18.7:9 aspect and notch and identical 1,080 x 2,244 pixel resolution. It’s an OLED panel, however. The fingerprint sensor is also at the front, always-on, and supports swipe gestures.

The Kirin 970 also powers the P20 Pro with the same octa-core CPU. The Pro model will come with 6GB of RAM and 128GB expandable storage.

The Leica Triple Camera is certainly the most interesting bit here. The primary camera sensor is a 40MP large 1/1.7″ color sensor with f/1.8 lens and OIS. The secondary sensor is a 20MP monochrome sensor with an aperture of f/1.6. The 3rd camera is a 8MP colored telephoto lens with an aperture of f/2.4. The camera features the same 4-way autofocus, there is a dual-tone LED flash with an embedded color temperature sensor, and this whole thing can do 3x optical zoom and 5x hybrid zoom. 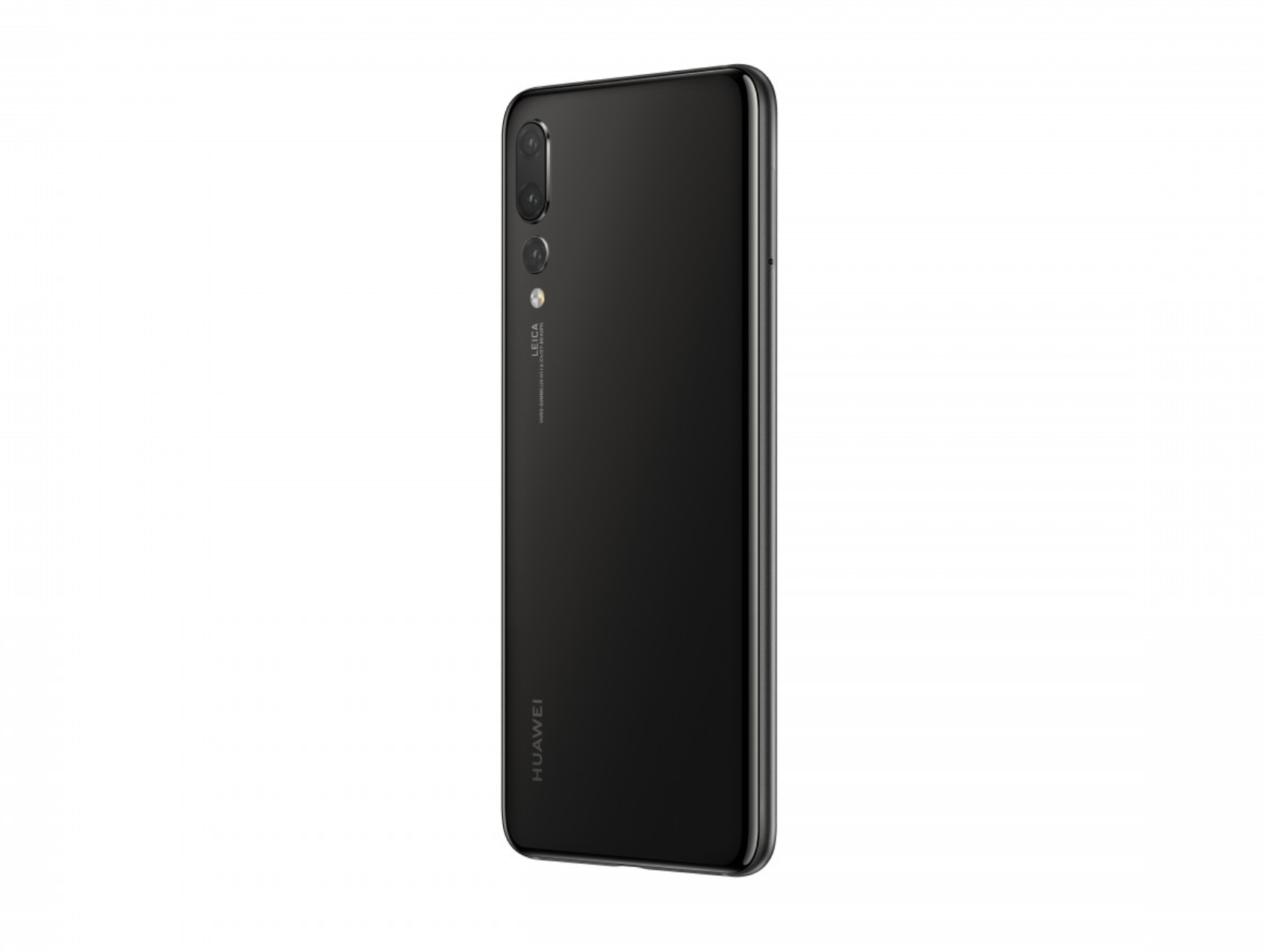 Other highlights of this new setup include the jaw-dropping maximum ISO of 102,400. Instant autofocus on anything that’s as close as 3 meters and screen off-to-shoot time of 0.3s. This triple-cam is capable of 720p@960fps slow-mo capturing and is relying heavily on AI for lots of new features and effects.

Just as the P20, the P20 Pro has a 24MP front camera with an apature of f/2.0 that can do a variety of background and lighting effects, but also can be used for Face Unlock via 2D mapping.

Huawei claims its Face Unlock is 2x faster compared to the iPhone X. The P20 and P20 Pro will light up their screens if you are in a dark room for the feature to work.

Huawei P20 Pro is powered by a large 4,000 mAh battery that supports Super Charge via a proprietary 22.5W plug which is able to charge up to 58% in 30 mins according to Huawei.

Huawei P20 and P20 Pro will run on Android 8.1 with EMUI 8.1. It gets a new option to go with the new screen – it lets you darken the top and make the screen behave as it had no notch.

Let me know how you feel about the new P20 duo down below in the comments section and Share this with all your friends.