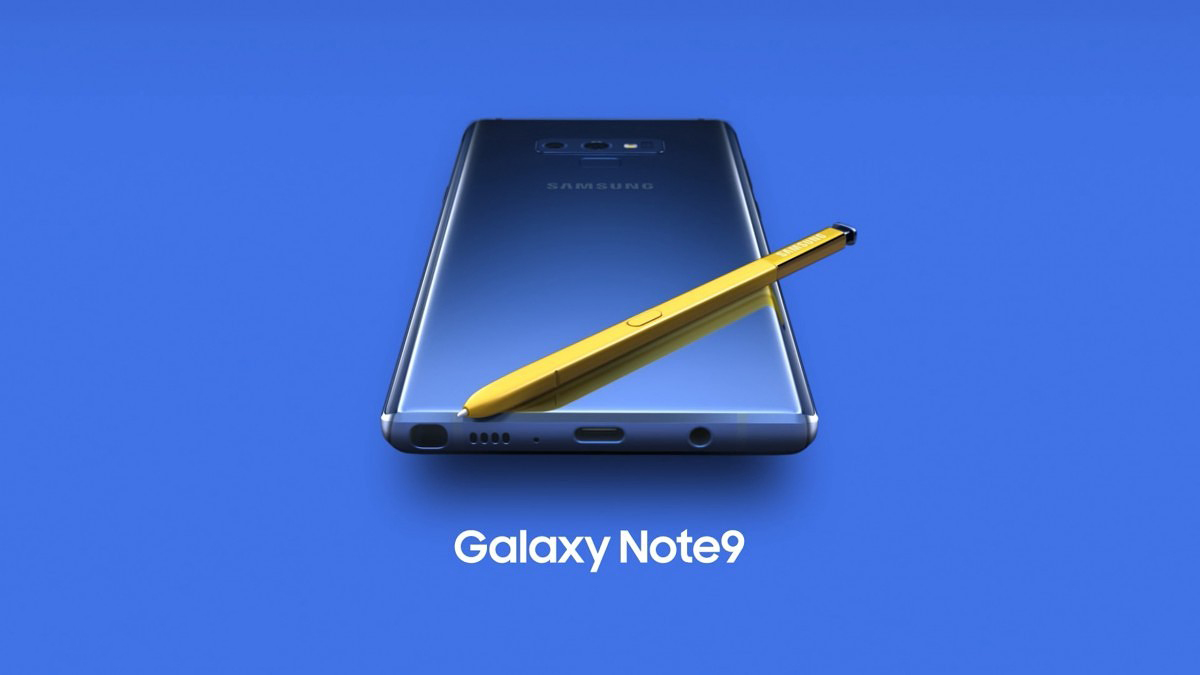 Samsung has done it again. The Galaxy note is back. This year around the Galaxy Note 9 looks quite similar to the Galaxy Note 8 with the fixes we always wanted to see but inside the Note 9 packs a ton of important changes that could make this phone great.

The Galaxy Note 9 packs a 6.4″ display which is 0.1 inch bigger than the Galaxy Note 8’s display. The resolution is 1440x2960px and the Super AMOLED unit is HDR10 compliant and supports Always On Display.

The rear-placed fingerprint scanner has been moved to a more sensible center position under the dual camera module.

That camera array was bumped up to the Galaxy S9+’s system of a 12MP dual-aperture f/1.5-2.4 wide and 12MP f/2.4 telephoto cameras – both optically stabilized and both polished with Samsung’s new Intelligent Camera, which will detect scenes, optimize colors and contrast and detect flaws such as a smudgy lens or subject that has closed his eyes. The selfie camera has remained the same 8MP f/1.7.

Other carryovers from the Samsung Galaxy S9/S9+ is the chipset – Exynos 9810 Octa – and the inclusion of stereo speakers. The Galaxy Note 9 is, of course, IP68 water resistant, as is the S Pen itself.

The base model Galaxy Note 9 comes with 6GB of RAM and 128GB of storage, and if that doesn’t seem enough you can always expand it through the microSD card slot. The range topper is a Galaxy Note 9 with 512GB of storage and 8GB of RAM.

Samsung knows that the S Pen is probably the biggest reason people buy Galaxy Note phones, so they made the newest one much smarter. This is the first Bluetooth-enabled S Pen and it can act as a remote shutter for the camera. The S Pen has a range of 10 meters and a battery power of about 30 minutes (or 200 clicks). It recharges in only 40 seconds in its holster inside the phone. The S Pen now supports three imputs – short press, long press and double press. Samsung said that they will release an SDK to open the new S Pen to developers later on. 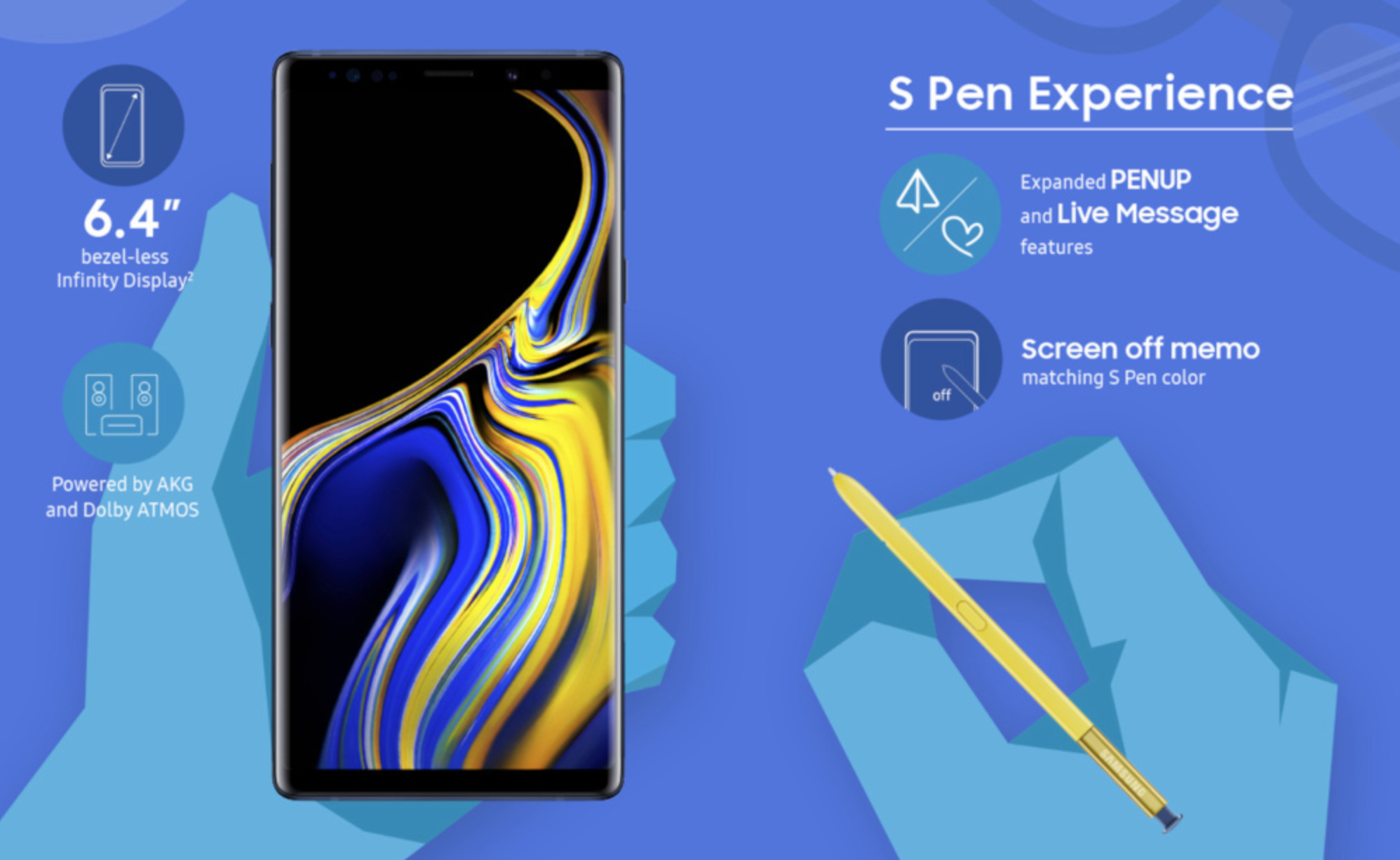 The Galaxy Note 9 packs a massive 4000mAh battery, biggest on a Note device yet. It can be charged with both wired and wireless fast charging.

Here’s a look at all the colors of the Galaxy Note 9.

Here’s a breakdown of all the specifications of the Samsung Galaxy Note 9.