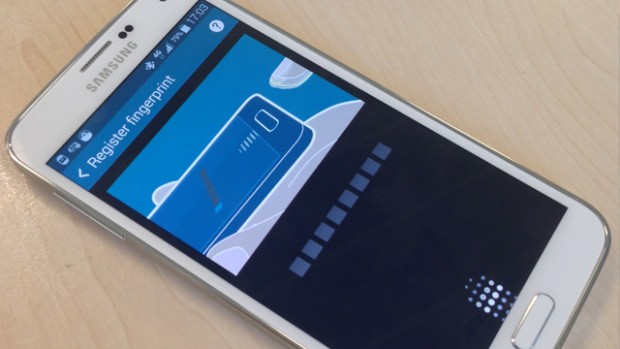 The announcement day for the Note 4 is coming closer and we get more and more leaks now. We already know almost everything that’s going to be on the Note 4 specs wise, and we have even seen live images of the device. Samsung could still surprise us at the Event, mainly from the software front. Earlier today Sammobile reported that the Note 4 will have a Synaptics’ Natural ID solution, just like the Galaxy S5 and Galaxy Alpha, but the Note 4 will have more features integrated to it.

The Note 4 will reportedly include Screen Lock, Private Mode, Samsung Account Verification, and PayPal Payments, all features present on the Galaxy S5 and the Alpha. According to the Report, one of the new features is Fingerprint Shortcuts, which lets you assign a shortcut to a specific app of piece of functionality. For Example, swiping your index finger could take you straight to the camera, while using your thumb would unlock the phone as usual; which I think will add more value to the Fingerprint Reader.

Web Sign-in, another new feature mentioned, seems more interesting & cool. It lets users match credentials to a fingerprint, so they can log into compatible web services with a finger swipe. This will presumably only work with select services. Samsung did something similar with LastPass, which lets you sign into all websites whose passwords you manage with LastPass with just a swipe. It appears that Samsung is now opening the feature to more third-party web apps and websites, which in my opinion is a very good thing and a step in the right direction.

So what else would you like to see featured on the Note 4? Comments section is all yours. Stay tuned to Andro Dollar for the very latest from the Tech Industry.