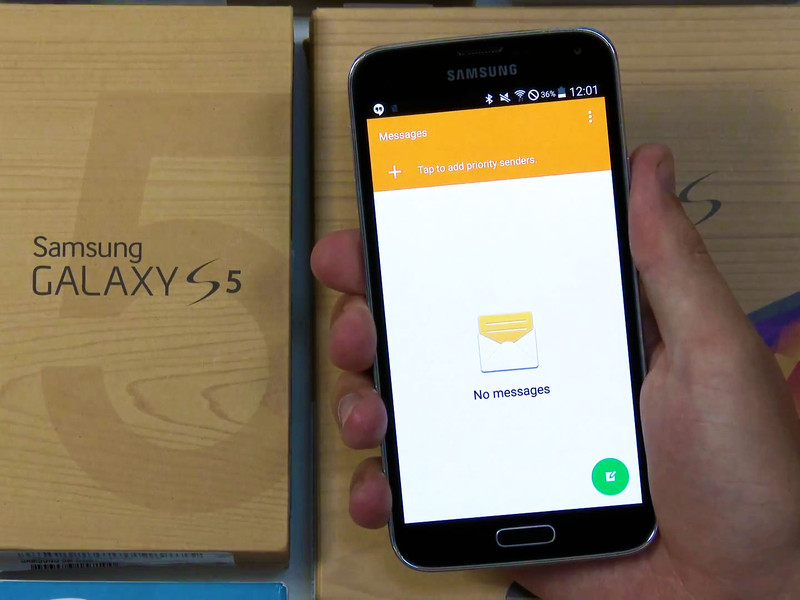 UPDATED : Android Lollipop Build for the Galaxy S5 Previewed in a Lengthy Video

At Google I/O 2014, Google unveiled Android L with the Material Design. Android L has a lot of great improvements both appearance wise and performance wise. With the release of Android L nearing, We sometimes wondered what it would look like with a 3rd party skin like Touchwiz on top and today we get an answer in an in-depth video, which demonstrates all the UI Elements.

UPDATE 2 : We have got a an updated video from Sammobile, that claims that it is the Final Build. The users of the Galaxy S5 will get the update in December.

UPDATE 1 : We have got a newer Video.

ORIGINAL POST : The Video is brought to us by Sammobile. It demos a Galaxy S5 Running Android L with Touchwiz on top, which means it will have all the great features that it already has. This build is said to be a very early build and it is said to be very slow and buggy, so there’s clearly a lot of work that Samsung still has to do. This build has the build Number LRW58J and it is for the International Samsung Galaxy S5 (SM-G900F).

Samsung’s version of Touchwiz on top of Android L has some changes but not everything is different. Some UI Elements have different layers and animations to make it feel more modern.

The new lock screen from Google’s Android L makes an appearance in Samsung’s vision, but sadly the amount of notifications it can show is only two compared to four in stock Android L.

The S5 has also received theImproved Multi tasking Menu, just like we saw on the Galaxy Note 4. It just looks Fresh. Minor things like the Calling Screen and Even the Dialer has been redesigned to some extent.

Checkout the Video below and see for yourself.

It’s great to see Samsung already working on bringing the next version of Android to its flagship device. This should hopefully mean that there won’t be a huge waiting period from when Google releases Android L to when the S5 will receive this update. In fact we have previously heard that it would roll out by early December. Now with the Galaxy Note 4 coming out, We think it will also get it soon; maybe sooner than the S5. Only time will tell.

Checkout some photos of the Android L build for the Galaxy S5 below, and tell us what you think about the Change. Are you happy or are you disappointed? Let us know why.