Perhaps our biggest gripe with Samsung’s Galaxy S4 — in hardware terms, at least — was its glossy, plasticky back cover. The S4’s rear panel was a magnet for fingerprints and smudges, and just didn’t feel very nice in the hand. So imagine our delight this morning to see the device above — the “black edition” Galaxy S4, sporting a soft-touch, leather-effect back like the Galaxy Note 3. 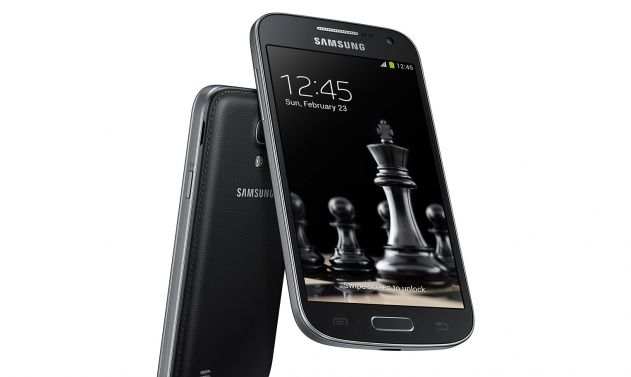 The “black edition” Galaxy S4 and a similar Galaxy S4 Mini have appeared on Samsung’s Russian website, and aside from the external differences their hardware is identical to the LTE-capable GS4 and GS4 Mini sold in Europe. However the difference in feel between the regular S4’s glossy plastic and the matte, faux-leather backs found on other Samsung devices shouldn’t be underestimated. And we’re more than a bit jealous that these murdered-out GS4s haven’t appeared outside of Russia yet. (We’ve reached out to Samsung for details of any wider international launch plans.)