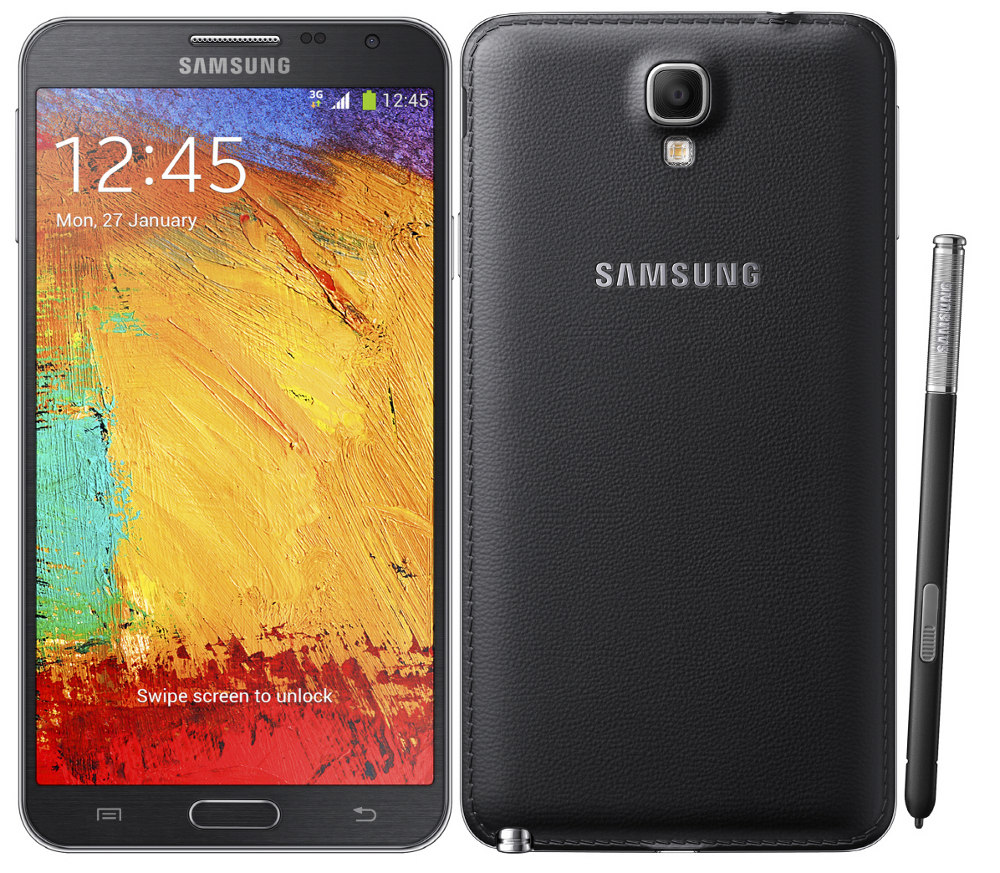 Samsung Galaxy Note 3 Neo and Note 3 Neo LTE+ got officially unveiled (by Samsung Poland). The Neo is the long rumored budget version of the Note 3. It provides the well-known S Pen experience at a lower price tag.

Compared to the original Galaxy Note 3, Both smartphones have pretty much the same weight, thickness and battery capacity, but the Neo is slightly shorter in lenght and width. Design-wise, the new smartphone is almost a complete match of the original Note 3, complete with the faux-leather plastic back.

There are differences in the used chipset as well. In fact it’s under the hood that we find the most notable difference between the two newly announced Note 3 Neo models. The Samsung Galaxy Note 3 Neo LTE+ will ship with a hexa-core chipset, which consists of two 1.7GHz Cortex-A15 cores and four 1.3GHz Cortex A7 cores. Users of the HSPA+ version on the other hand, will have to make do with a 1.6GHz quad-core Cortex-A7 CPU.

Chipset differences aside, the two versions of the Samsung Galaxy Note 3 Neo both feature a 5.5” 720p Super AMOLED display, 2GB of RAM, 16GB of built-in memory (about 11GB will be available to the user), and a microSD card slot. The main camera is an 8MP unit with BSI sensor, capable of capturing 1080p videos. A 2MP front-facing unit will be in charge of video calls and selfies.

Connectivity is fully covered on the Samsung Galaxy Note 3 Neo. In addition to LTE+ (up to 150Mbps) or HSPA+, the phablet features Wi-Fi 802.11 a/b/g/n/ac, Bluetooth 4.0 (LE), NFC, GPS/GLONASS, and an IR blaster. The latter is listed as market-specific so it won’t be available everywhere.

The Note 3 Neo will come with Android 4.3 Jelly Bean out of the box. The usual plethora of TouchWiz tricks will also be present, as well as the full S Pen functionality of its bigger brother.The Samsung Galaxy Note 3 Neo measures 148.4 x 77.4 x 8.6mm, while its weight tips the scale at 162.5 grams. The phablet is powered by a 3100mAh battery.

The S Pen toting phablet will be available worldwide starting next month in three different colors – black, white, and green.