We reported earlier this month that Microsoft could Roll-out the Developer Preview of Windows 9 as soon as the end of this year. Today we get some New leaked screenshots that showcase the Start Button Layout and it is just like we reported it would be like earlier this year when they showcased it at the BUILD Conference.

The new screenshots are taken on a Device running a recent build of codename “Threshold.” Microsoft is currently working on a number of products as part of its Threshold efforts, including a version of Windows that will likely be named Windows 9 when it ships next year. Microsoft is currently labeling this development version of Windows as “Windows 8.1 Pro,” but this is placeholder branding until the latter stages of testing and the final name is ready and confirmed according to the Source.

One image also shows the Windows 8 Apps running in desktop mode in a Re-sizable View. I am very excited for this to reach Windows. 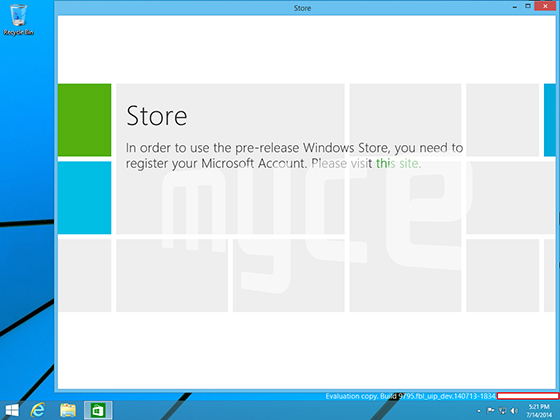 This is an essential part of Microsoft’s plans for the next version of Windows, to make it a lot more mouse and keyboard friendly with a significant focus on the desktop. This will be a good thing for a lot of users and it will look unique as well.

We really can expect a lot more from Microsoft in the Summer, so stay tuned to Andro Dollar for the latest News. Don’t forget to let us know what you think about Microsoft’s Future Plans and the Way Windows is Heading.