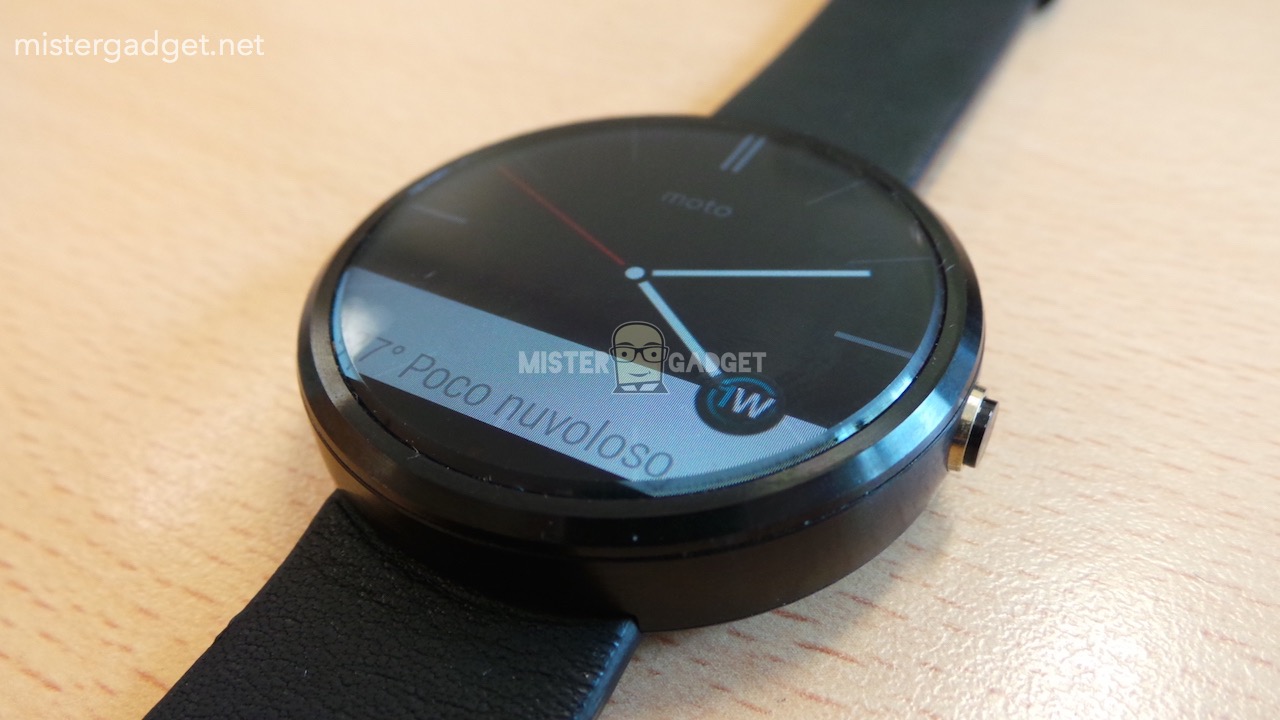 LEAKED : Moto 360 will be Waterproof, will feature Wireless Charging and a Heart Rate Sensor

Android Wear is now a thing, and we have the LG G Watch and the Samsung Gear Live available to purchase, but most people have not bought an Android Wear device yet because of the Moto 360; That’s me included. The Moto 360 has been the super hyped Android Wear device ever since it was shown off when Android Wear was announced. It is a Circular Timepiece and it looks Gorgeous. Motorola said it will launch in the Summer, so we are going to have to wait a bit more to know more about the device, but we get to know and see a bit more about the Moto 360 today thanks to a new leak.

Thanks to Mister Gadget, we get to see the Moto 360 in it’s full glory. We see pictures of it’s entire body, and while it is charging on the Charging cradle as well. It is also being compared to the LG G Watch here. The pictures where the Bottom of the watch is exposed says that the Device will Feature a Heart Rate Scanner, It will be Waterproof (IP67), It will feature Wireless Charging and that it will be a Pedometer. In the leaked images you will see the device charging on the dock, and you will see that black bar at the bottom of the device, the one that motorola said is necessary. I feel like it is kind of interfering, even when it is charging as you see in the leaked picture, but I wouldn’t want to judge it now without having seen one for real, so let’s save that for the final review when i finally get it to my hands (After it is launched).

According to the Source, The Moto 360 is going to be stainless steel timepiece; Which will be a really good thing. The Smartwatch band looks to be leather. As mentioned earlier the device will be running Android Wear, which is rapidly improving. Check out all the leaked photos down below. 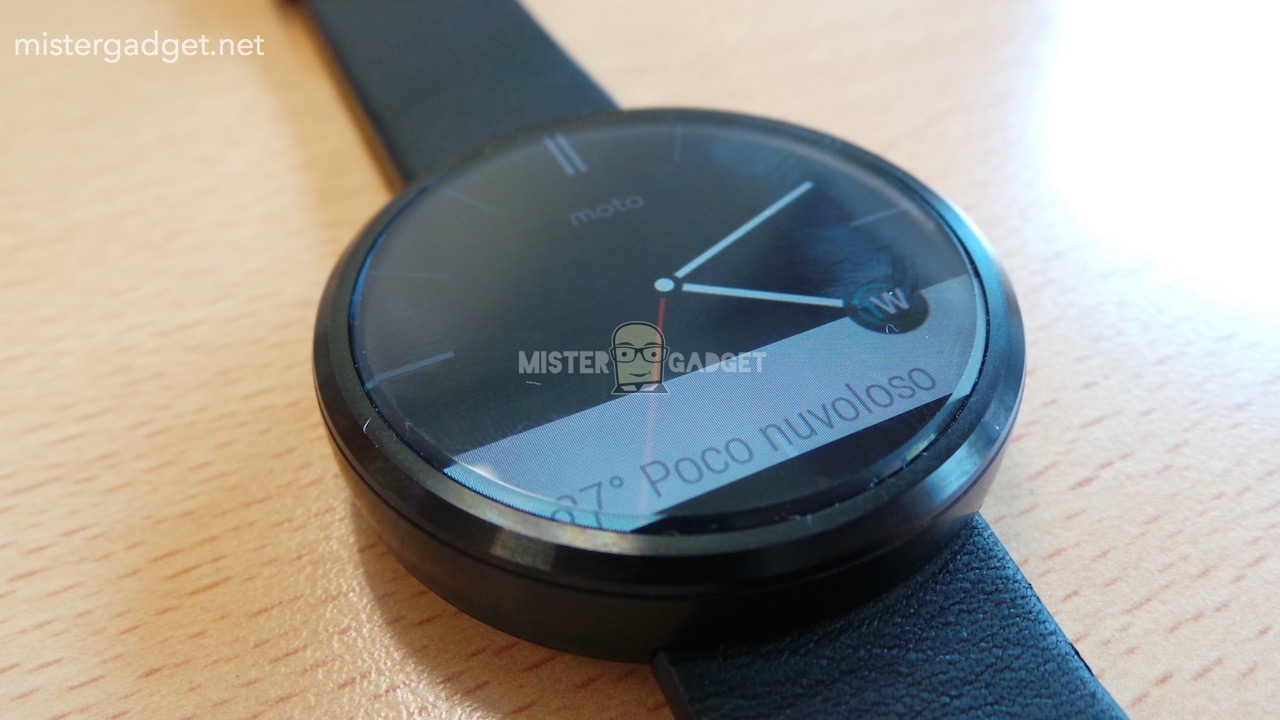 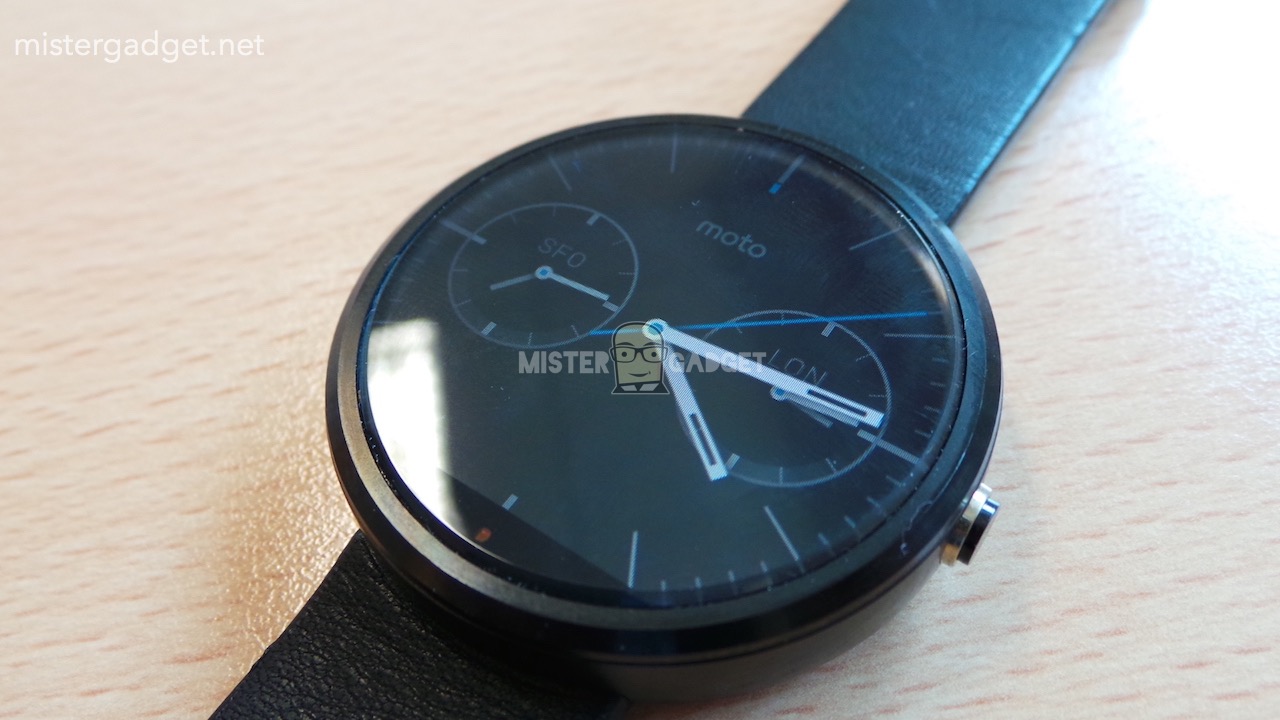 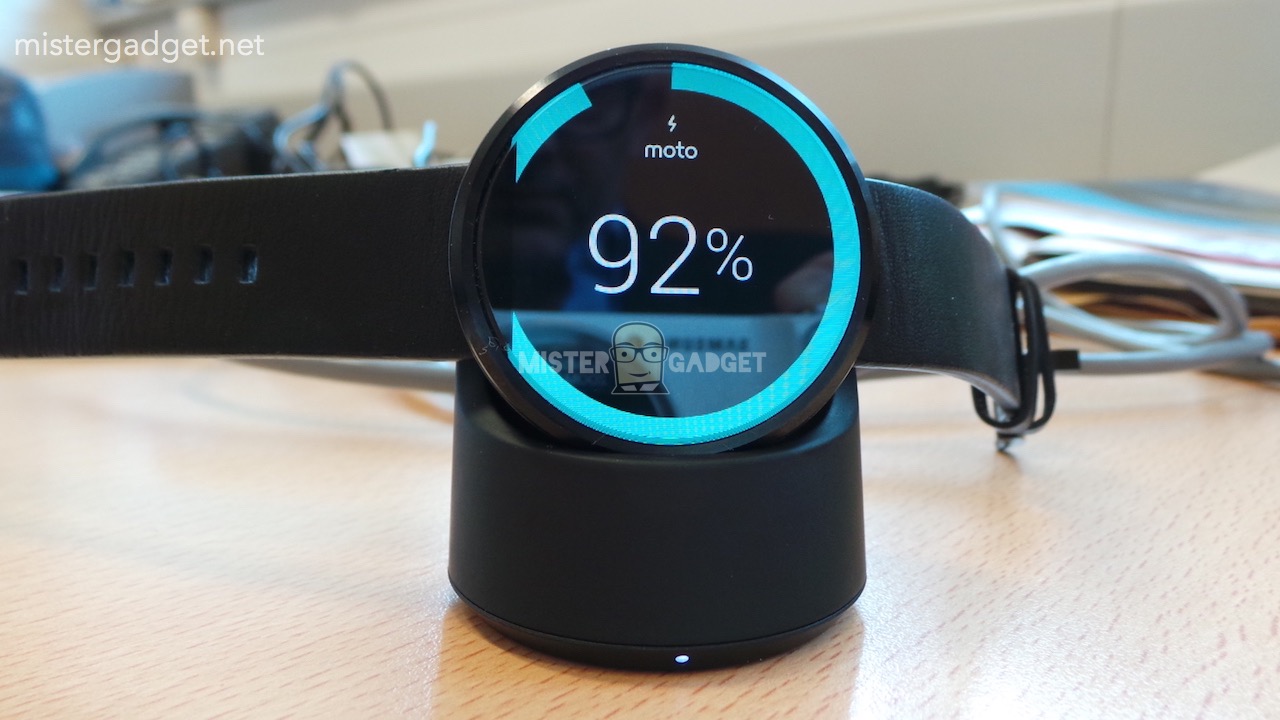 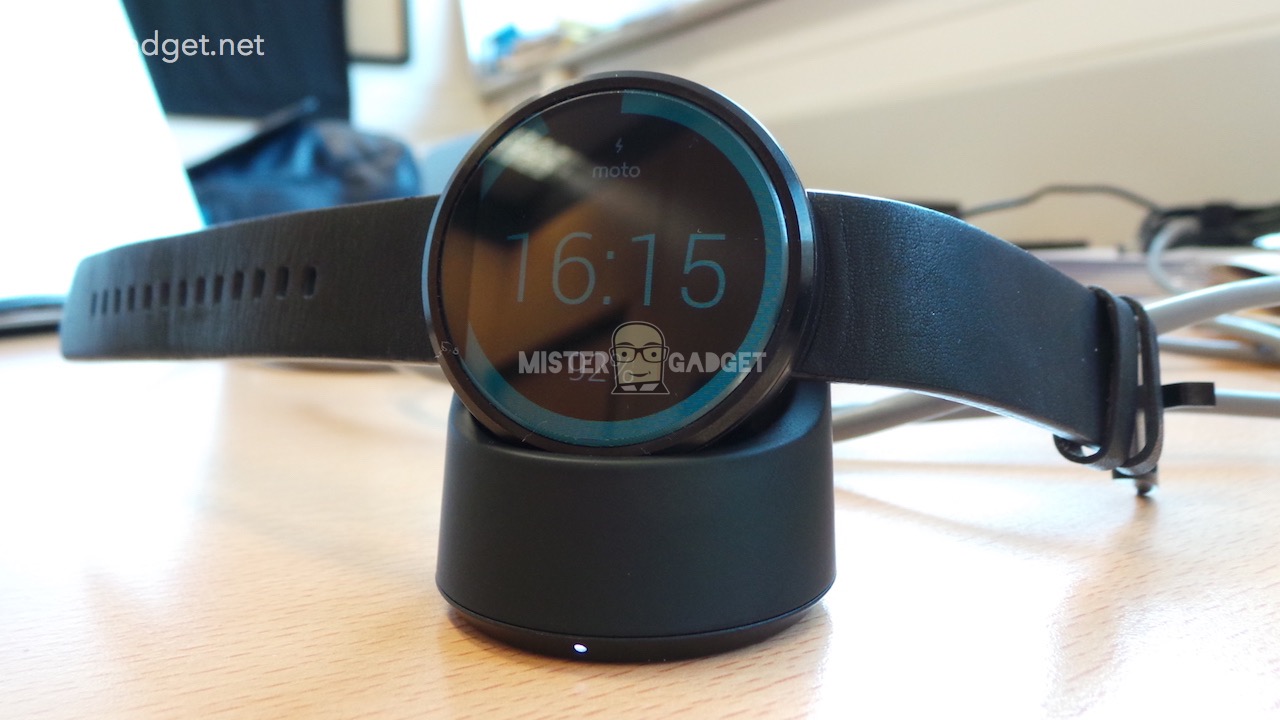 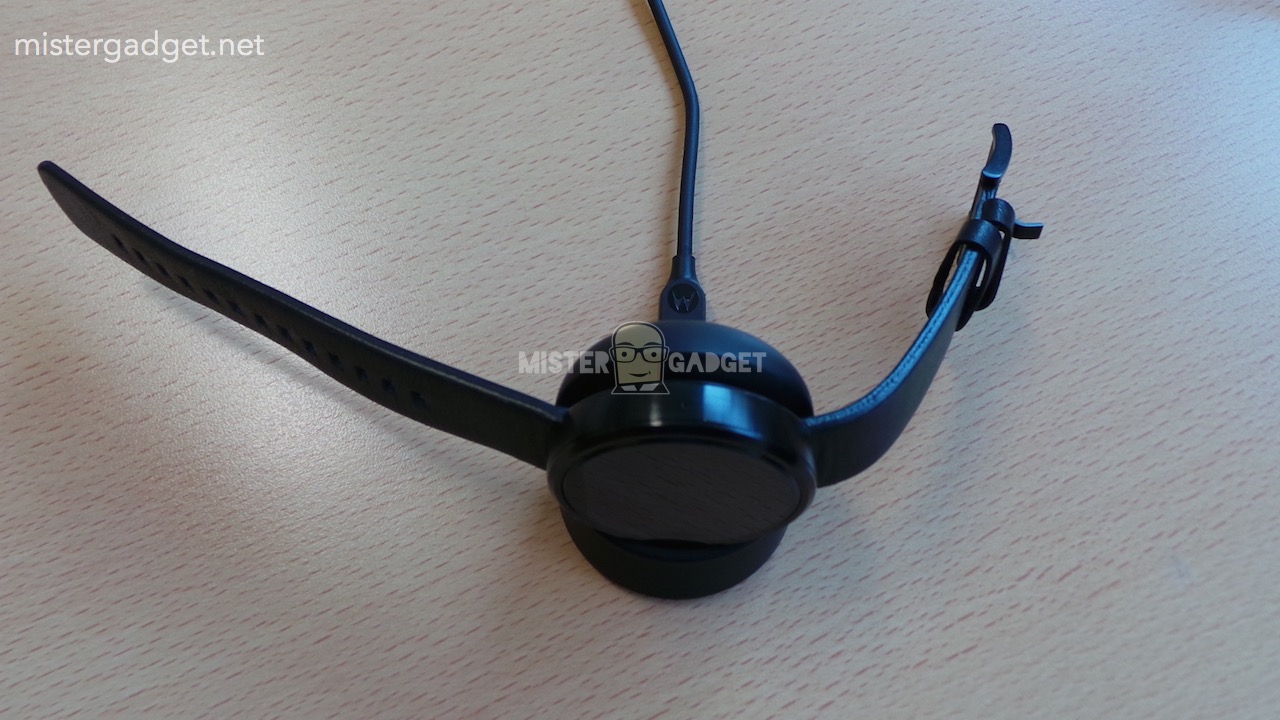 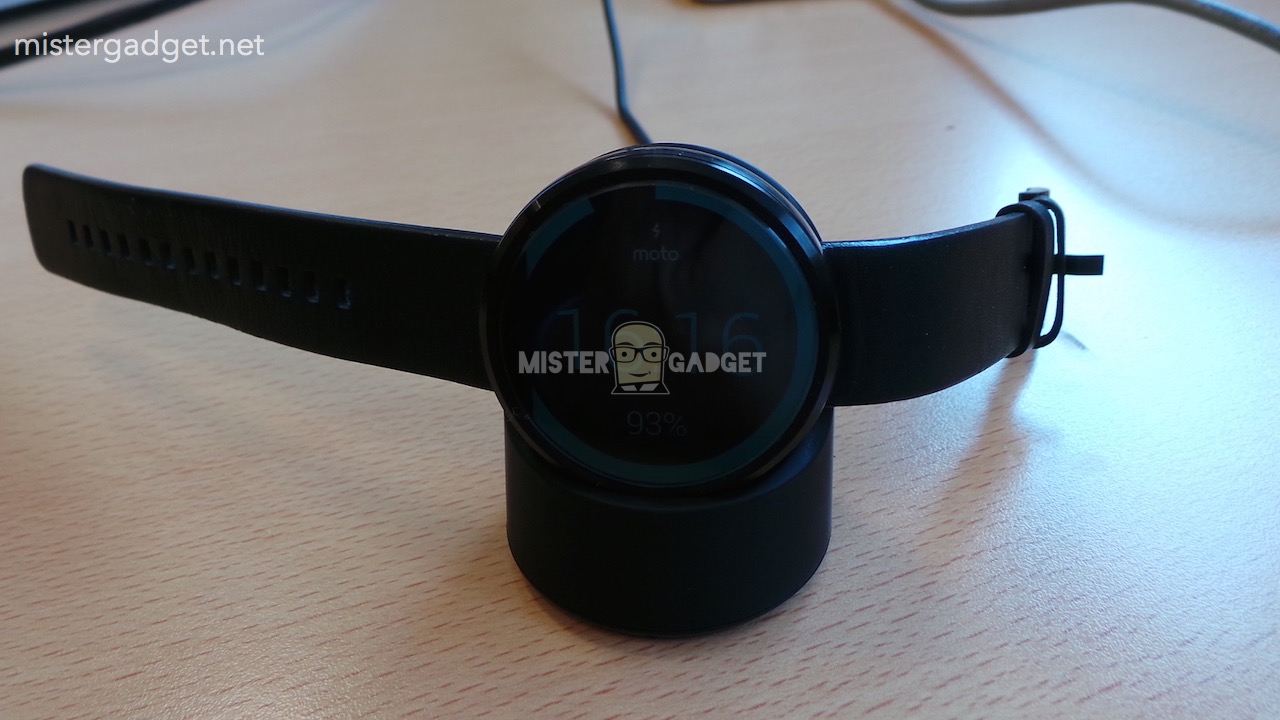 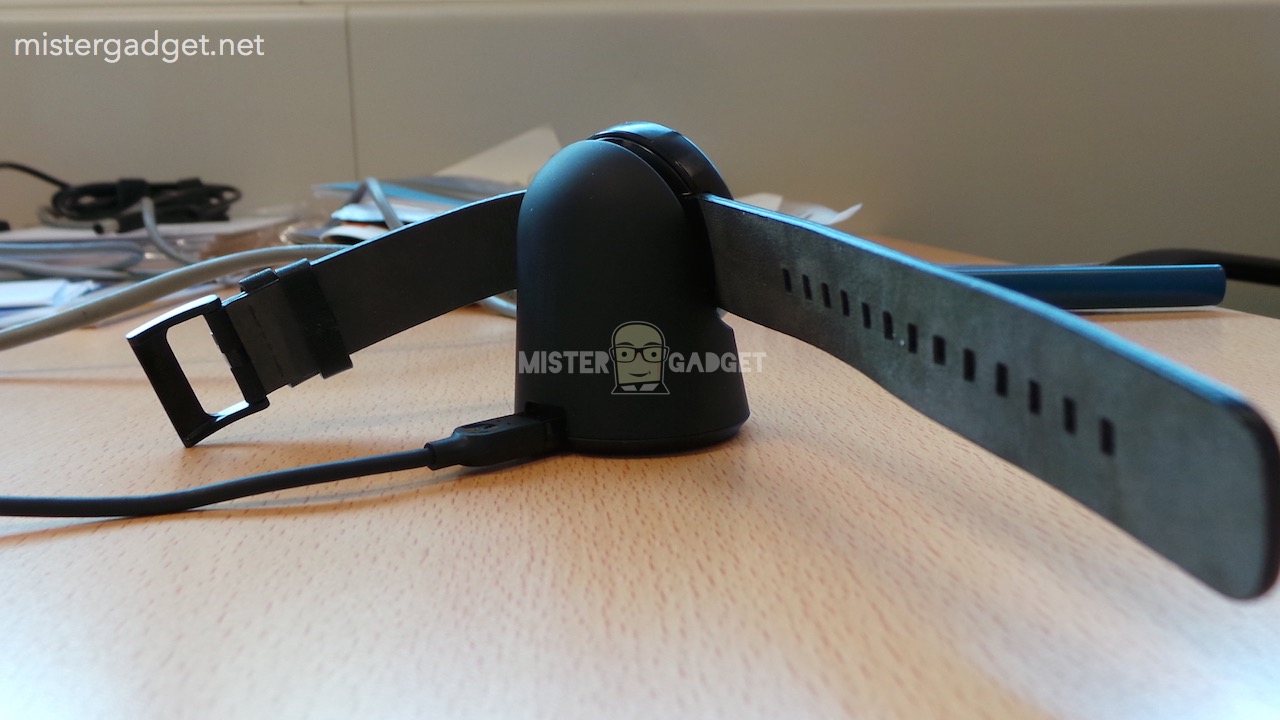 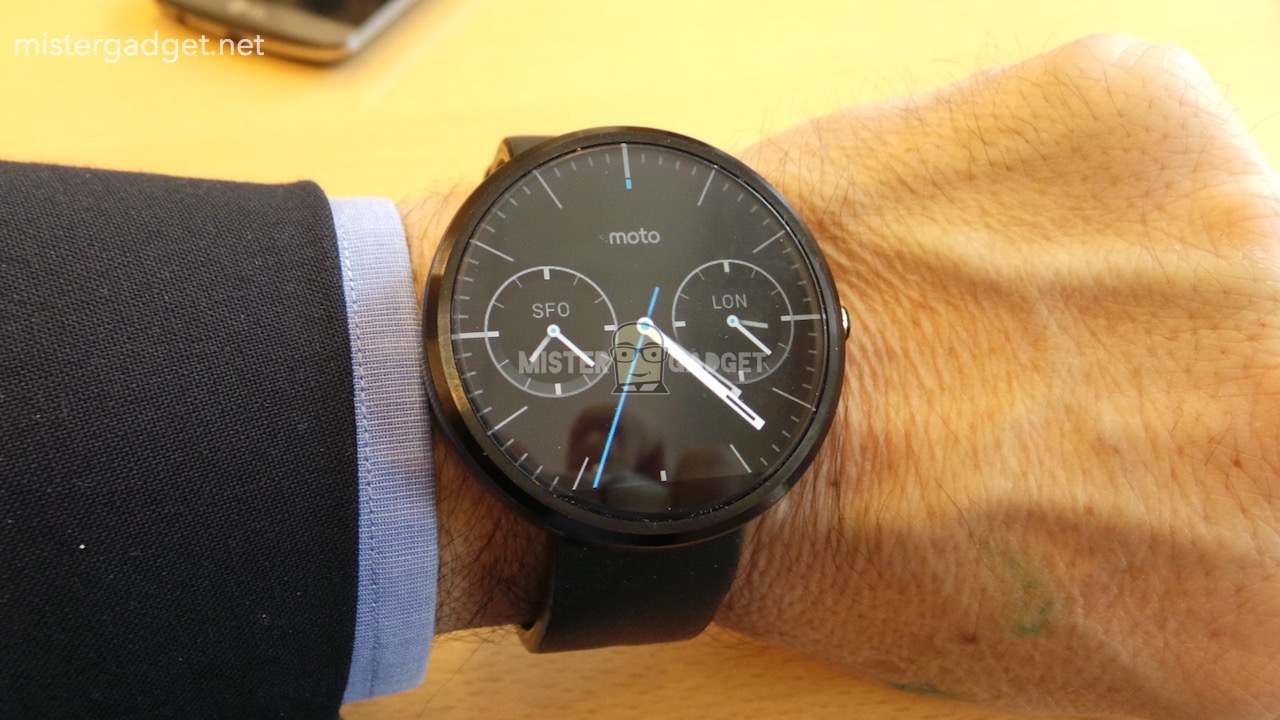 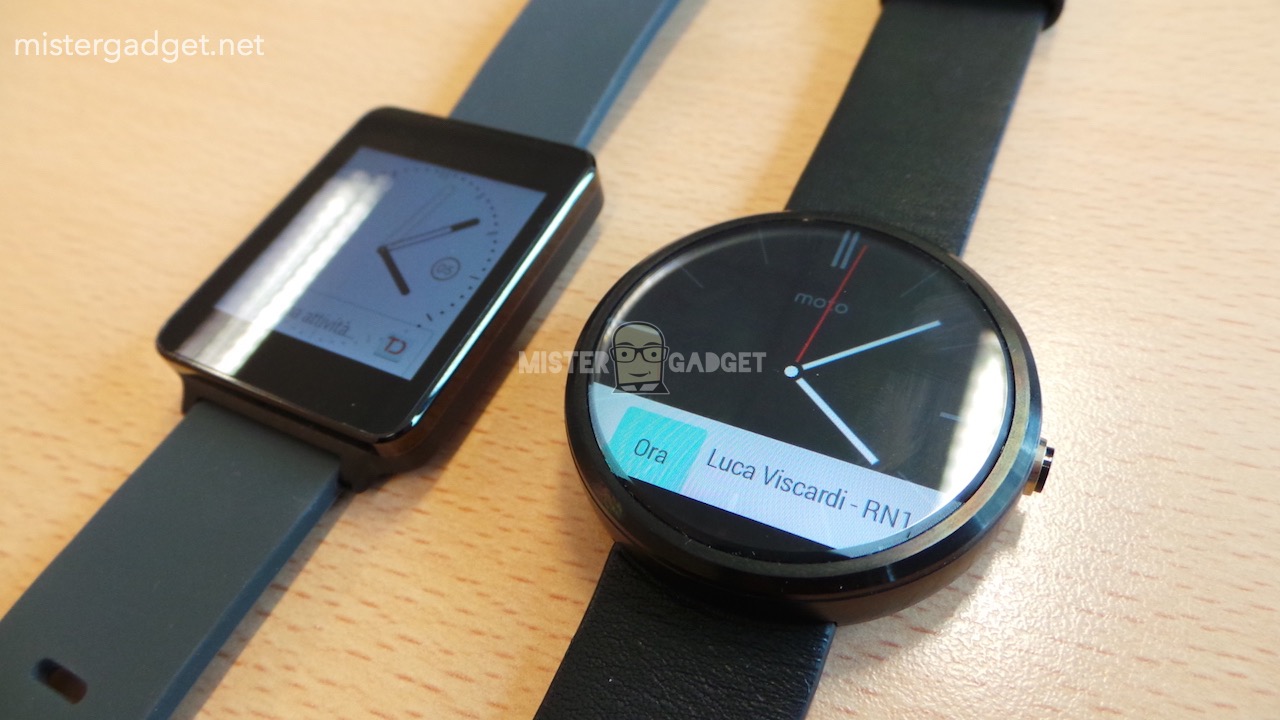 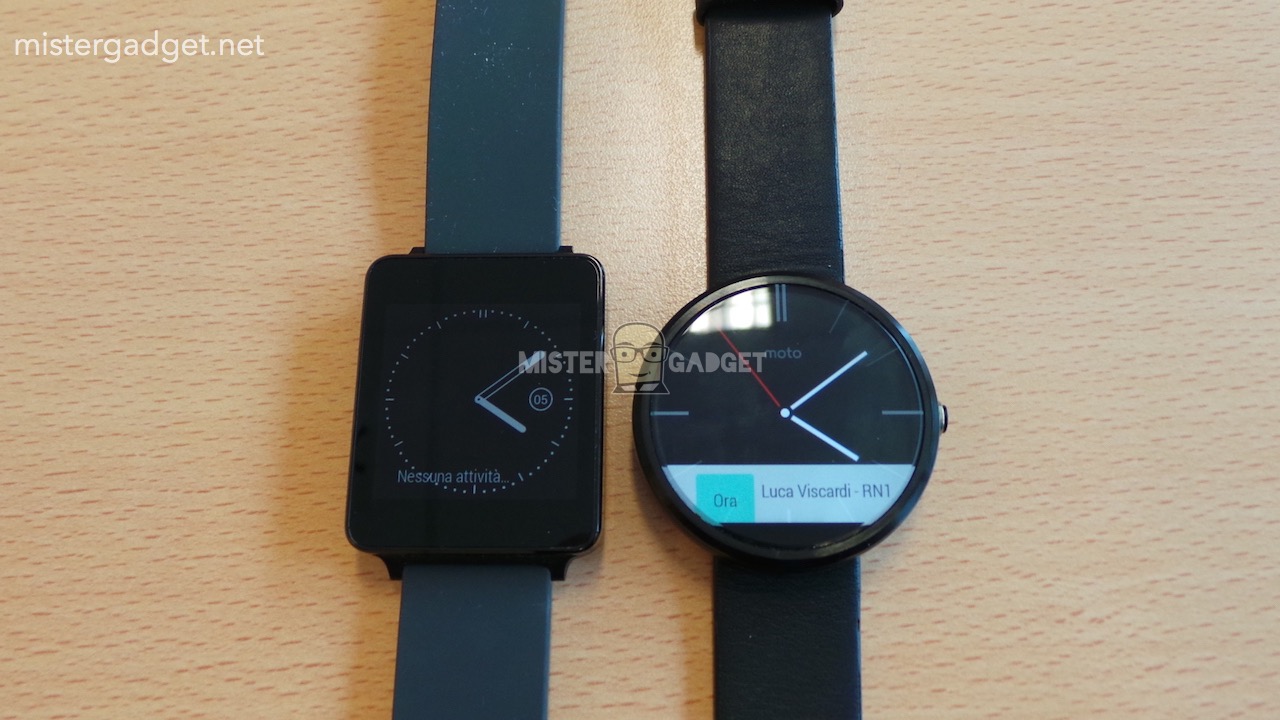 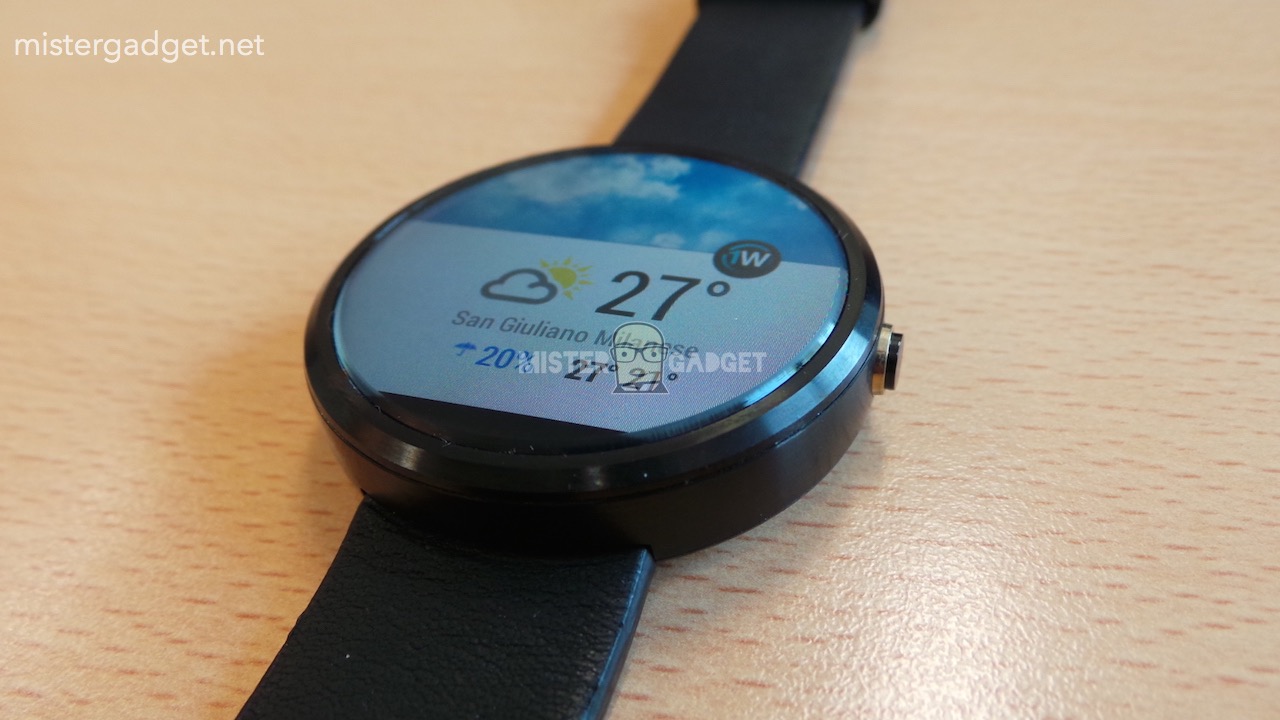 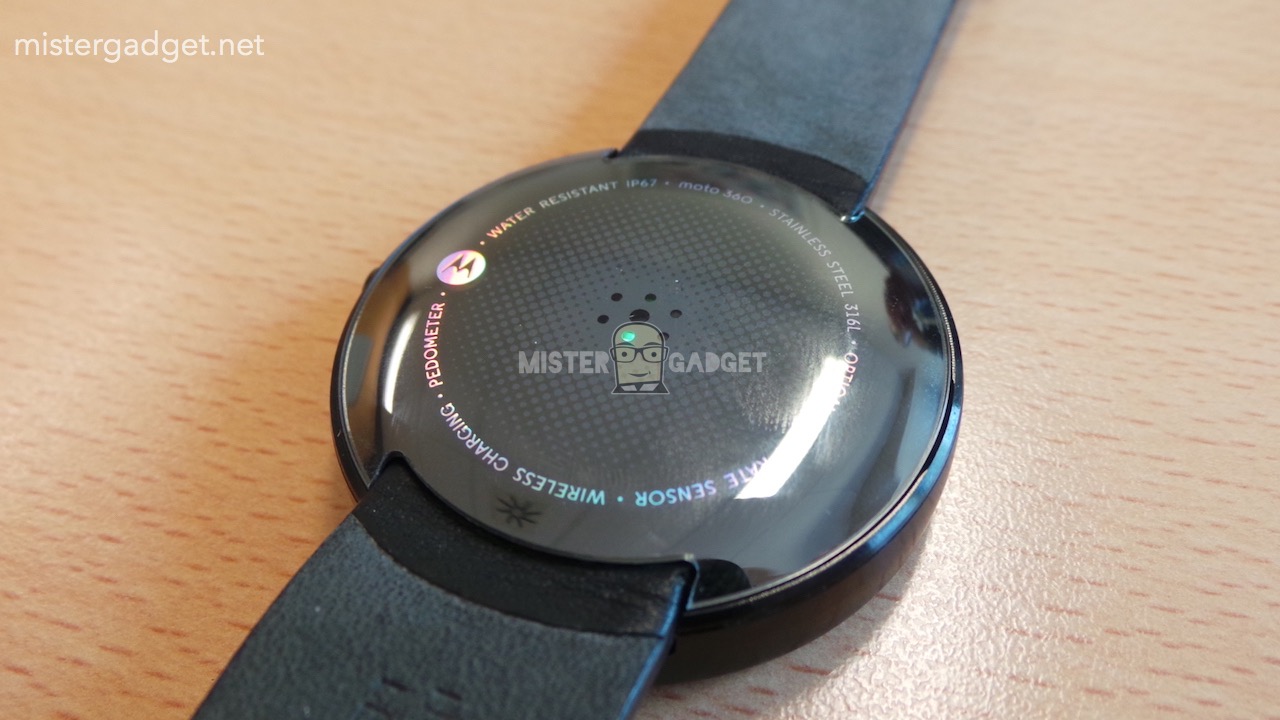 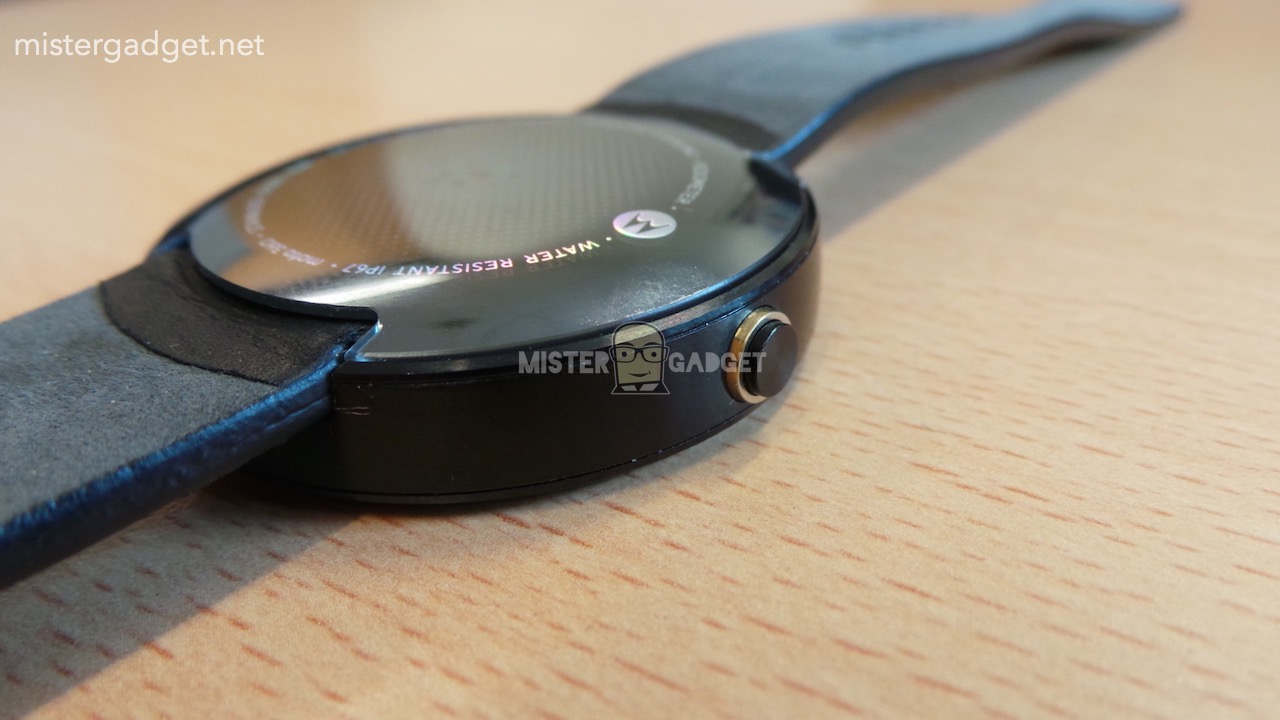 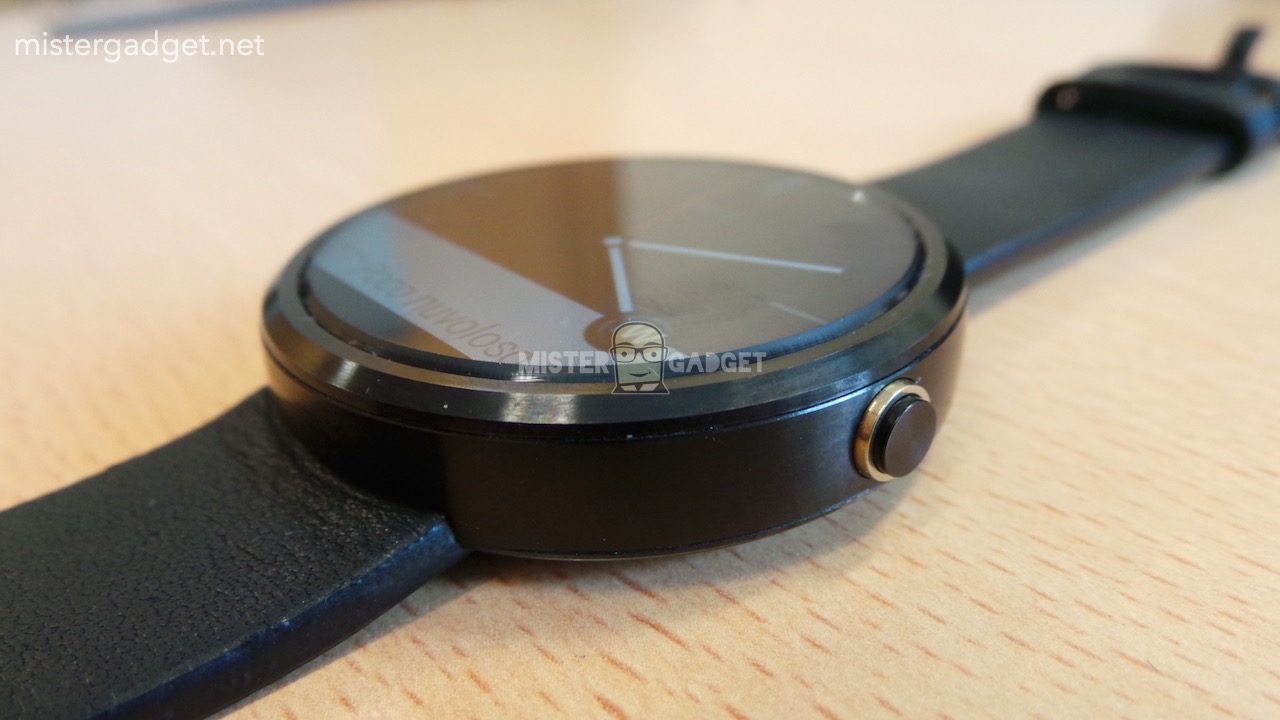 That’s all we get to know for today, I have to say that I like what I see here. It was rumored earlier that the device will cost around $340. The Moto 360 looks to be a Killer Device. Now that you have seen the Leaked Images of the device, what do you think about it? Does these leaked images make you want it even more? Comment section is all yours.