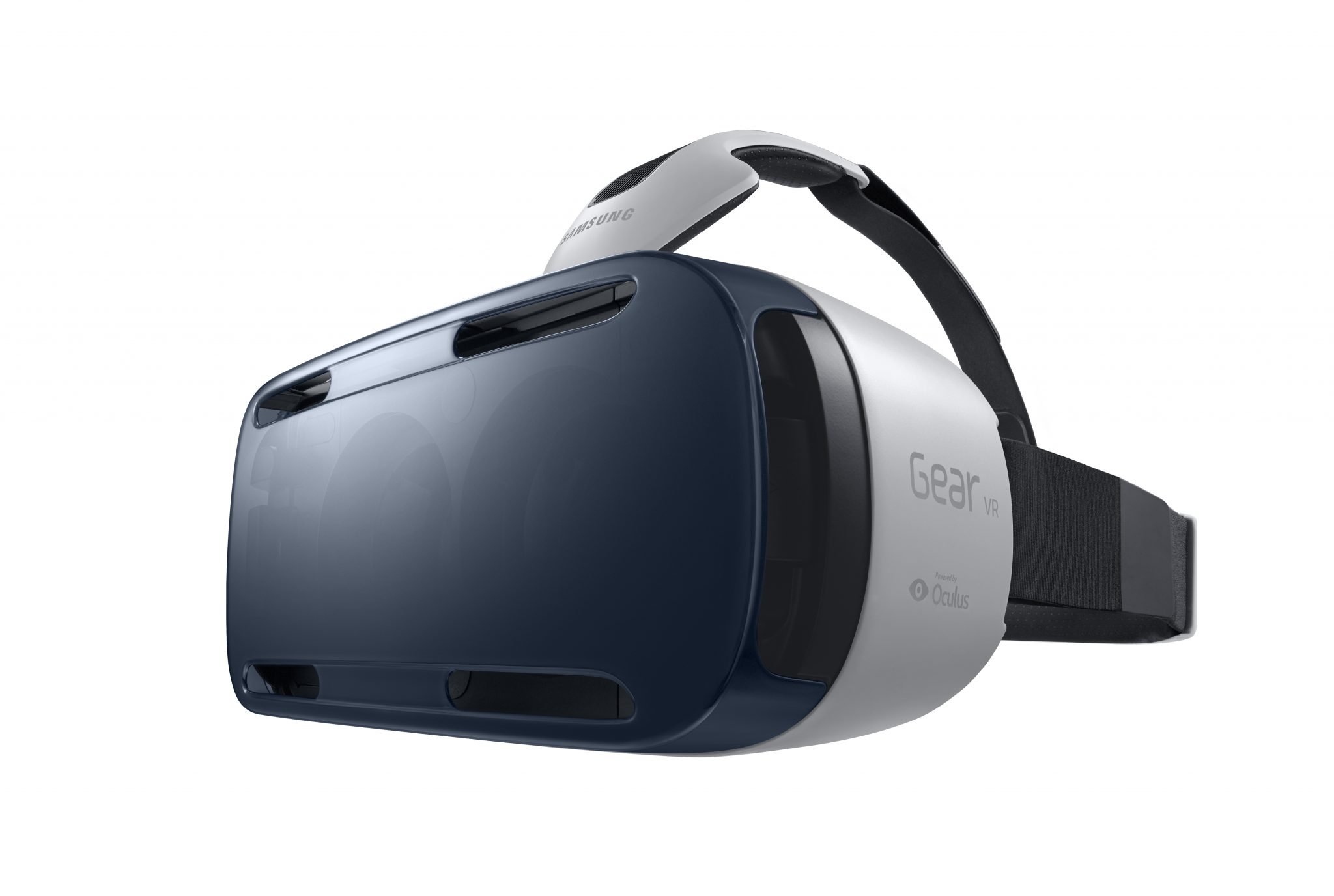 We have been hearing and seeing leaks of the Gear VR for Quite some time, and we saw the Gear VR Manager App Leak as well. and At the Galaxy Note 4 Launch Event, Samsung unveiled its First VR Headset called Gear VR. It has developed in collaboration with Oculus. The Gear VR offers a virtual reality experience not unlike the one seen on the Oculus Rift and other VR products, but it differs in the fact that it uses the Galaxy Note 4 and its 5.7-inch Quad HD Super AMOLED display to power the entire experience; Which means it’s a Wireless Experience! In addition to the display, the Gear VR will also use the Galaxy Note 4′s sensors for tracking head motion.A see-through button will allow the user to look at the real world when they want – for example, a user might be using the Gear VR for navigation through Google Maps at one moment, then switch to the real-world view in order to see what’s in front. The Gear VR will be made further useful through various content offered by third-party manufacturers and Samsung’s own apps, and more apps will likely come along later on as developers jump on the bandwagon and make use of the VR SDK. So we can expect more cool stuff soon with this. The device is rumoured to be priced around $199 in the US. Are you excited to try one? You know I am.