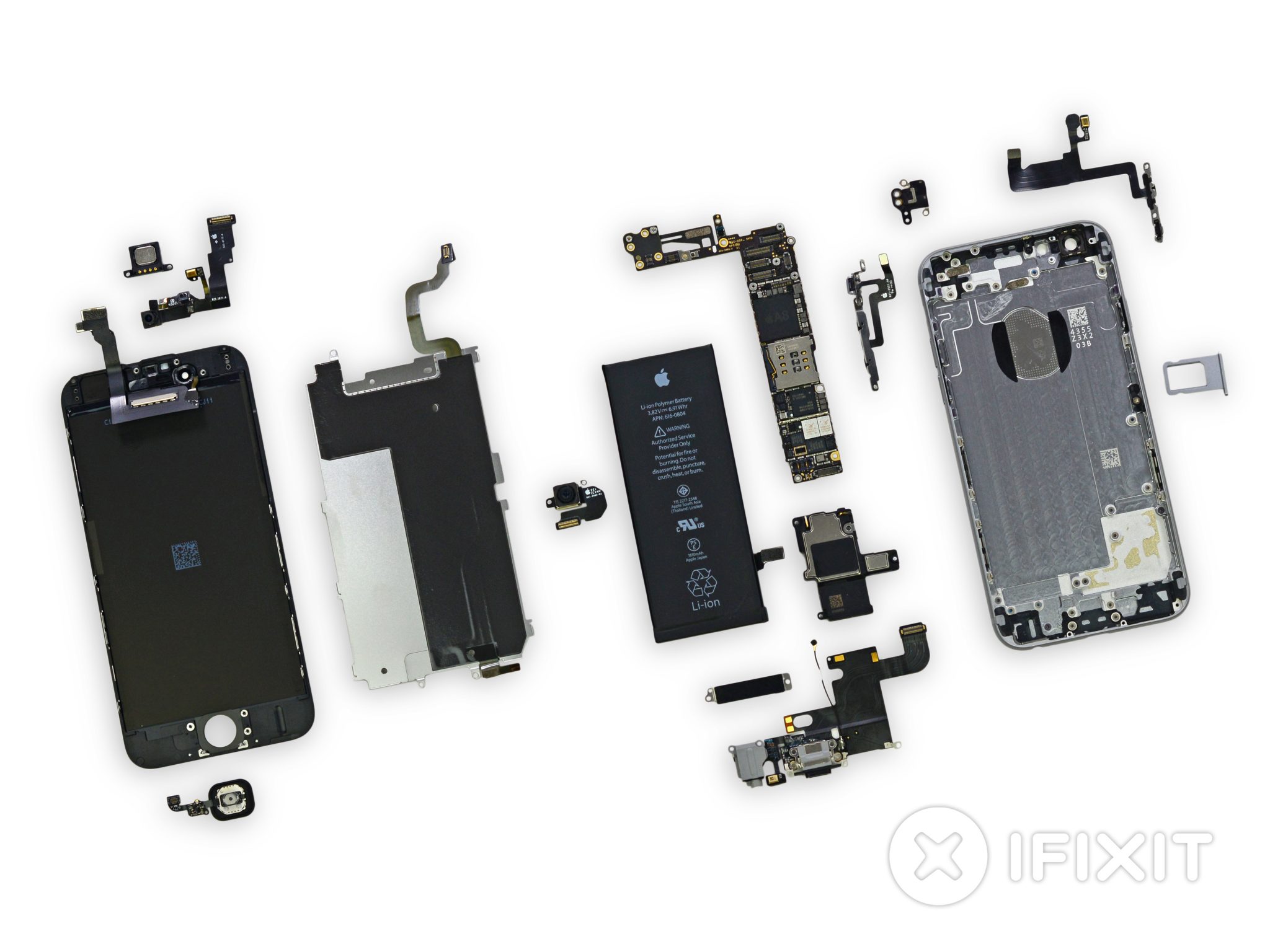 Apple iPhone 6 and 6 Plus Teardown reveals the Battery Size, Ram and More

iFixit is a Teardown Website that Gives it’s Unique Teardown to check the Internals of the devices that we come aross on a day to day basis. By Tearing down, they Give us a Score for Each device, letting us know how easy or hard it is a repair. We also get to know more in detail about the internals of the device. Apple’s newest iPhones, the iPhone 6 and iPhone 6 Plus are on sale today, and the iFixit Team has got their hands on the latest iPhones from Apple; and it’s time for them to go through the Teardown Process.

As was to be expected, the larger 5.5″ iPhone 6 Plus brings with it a larger battery. It has a 2,915 mAh Battery. The Regular 4.7″ iPhone 6 has a 1,810 mAh battery. The Teardown also revealed that both the iPhone will have 1GB of Ram, along with the Latest 64bit Apple A8 Chip. The new iPhones also has a LTE modem from Qualcomm, NFC chip from NXP, and flash memory from SK Hynix. The phase-detection autofocus iSight Camera is labeled “DNL432 70566F MKLAB” according to iFixit. The New iPhones got a Rating of 7/10 by iFixit when it came to the overall positioning of the parts, to make it more easily repairable. Checkout the Teardown Review of the iPhone 6 below,

Now see some High Resolution Photos of the iPhone 6 Teardown,

Checkout the Teardown Review of the iPhone 6 Plus below,

Now see some High Resolution Photos of the iPhone 6 Plus Teardown,

The new iPhones are the largest Apple’s ever made, and likely set to be the company’s best-selling. At the beginning of this week, Apple said that pre-orders in the first 24 hours topped 4 million, though the company did not go into specifics about which one was the better seller.