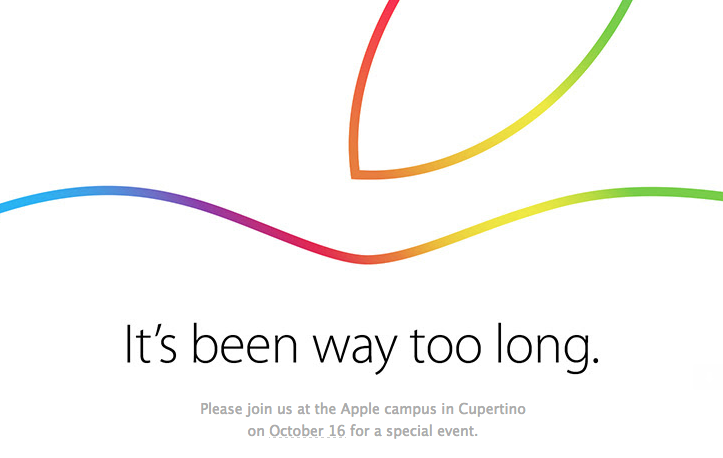 Apple has just sent out press invitations for the iPad and Mac event. It will be on the 16th of October like we have been expecting. We are expecting Apple to debut new iPads and Macs, as well as launch the public version of OS X Yosemite, the latest Free update to its desktop operating system.

The event will be taking place at Apple’s own Town Hall theater in Cupertino, at its corporate headquarters. This is the same venue where the iPhone 5s and 5c launch happened last yearh. Apple also didn’t stream the last event it held at Town Hall, so we might not see a Live Stream this time around as well.

We are expecting Apple to launch a New iPad Air 2, iPad Mini 3 and we have also heard rumors about an iPad Pro; which will have OS X Features to make it a more efficient tablet. The new iPads will have Touch ID and will be slimmer. They will also come ready for Apple Pay according to rumors. As for Macs, we could see the first Retina display iMac. It’s rumored to feature a 27-inch Retina display with a 5K-resolution, which would mark the first time ever Apple will offer an ultra-high resolution panel on its all-in-one desktop. This will likely be launched alongside Yosemite, which is definitely going to either ship immediately for consumers, or have availability announced for shortly after the event. We are also expecting to see a new Macbook Air with slight changes and a Retina Display. I will try to bring a Live Blog for the event on the 16th, so stay tuned to Andro Dollar.