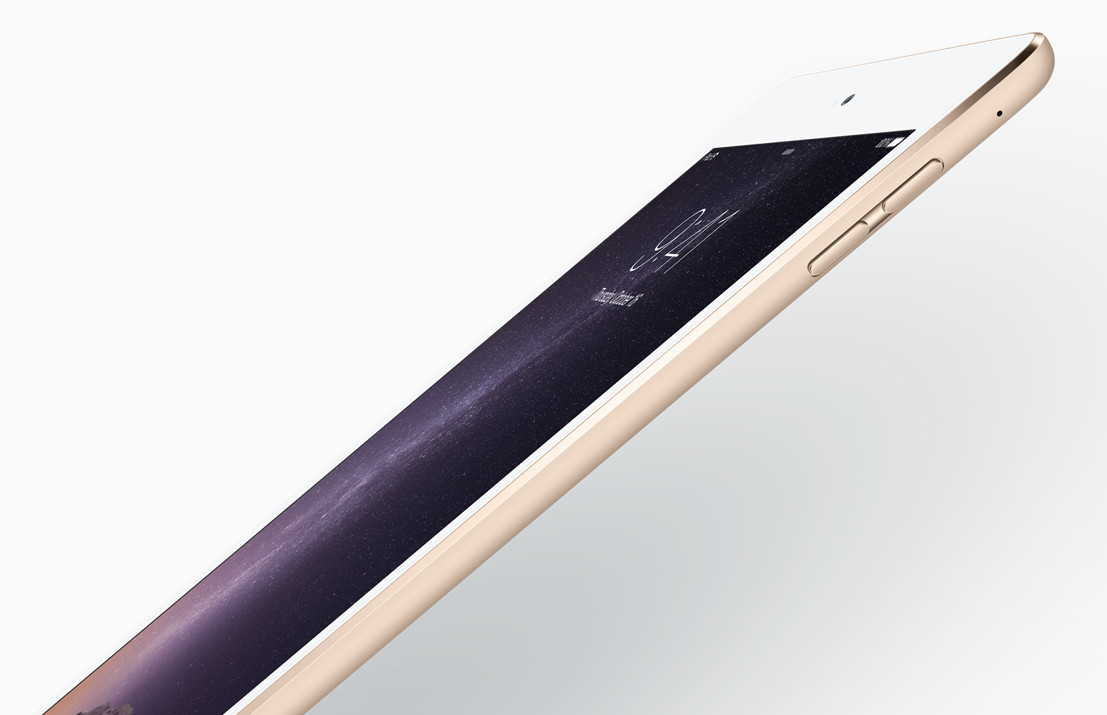 Apple has just unveiled the new iPads at it’s Apple Event. As the rumors claimed we got the iPad Air 2 & iPad Mini 3.

The all new iPad Air 2 features a 9.7″ display, the same size as before, but this time the screen has been laminated: we have the LCD, cover glass, and touch sensor optically fused, thus eliminating gaps and allowing for these new, very slim profile. The iPad Air 2 is powered by the Apple A8X chip with 64-bit architecture. The Apple’s A8X comes with a 40% faster CPU than the one in the iPad Air with Apple A7. The bigger jump comes in GPU performance where we’re looking at a 2.5 times faster speeds according to Apple. This, when combined with the the new Metal APIs is going to allow for more immersive games. Apple showed off some impressive stuff at the Event as well.

The iPad Air 2 also features a Touch ID fingerprint sensor with support for Apple Pay. The M8 motion co-processor from the A8 is also on board on the tablet.

According to Apple, iPad Air 2 has also retained its excellent, 10-hour battery life. With all that has improved this time around, that’s amazing. The iPad Air 2 release date is set for October 24th, but you will be able to pre-order it today, on October 17th.

Who’s getting an iPad Air 2?