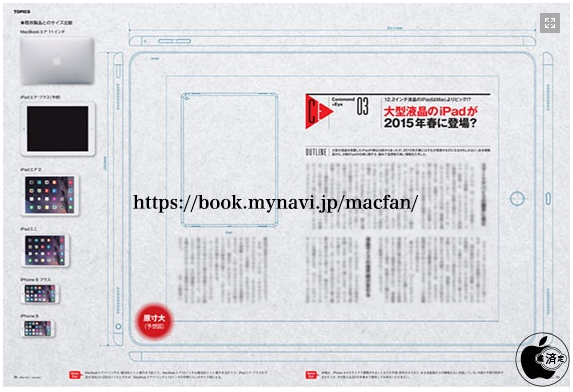 Leaked iPad Air Plus has a 12.2″ Display with the iconic design

We have heard a few times that Apple is working on a Bigger and more productive iPad. A new report has come out about the larger tablet from Apple, which was previously called the iPad Pro, but might actually be called the iPad Air Plus given the name of the larger iPhone, iPhone 6 Plus.

The January issue of the Japanese version of MacFan has published a leaked blueprint for Apple’s larger iPad. According to that that the iPad Air Plus will have dimensions of 305.31 x 220.8 x 7 mm (12 x 8.7 x .28 inches).

The report also mentions the A9 processor, and the usual Touch ID Sensor along with the iconic design. According to the report, there is also a very interesting setup of “four built in speakers on each edge of case, in order to play stereo sound, even if iPad rotated”. That sounds pretty cool.

If Apple comes out with this, they should update iOS to make use of the big screen. I don’t think anyone would buy a bigger iPad just for movies.

We are not sure when this will be released, but we have heard that it might be early next year, or the fall. Either way, It’s going to be an interesting 2015. Let’s wait and see. What do you like to see on Apple’s Bigger iPad?