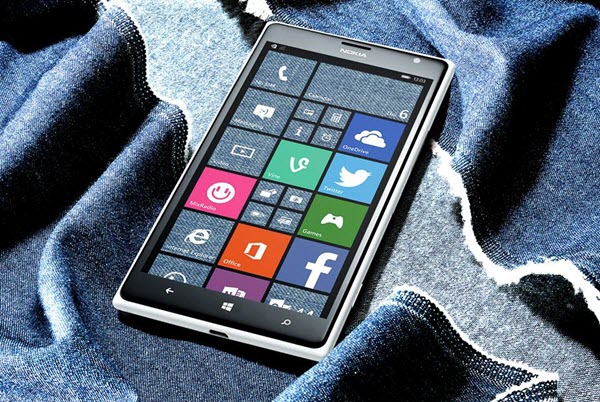 UPDATE : Some users have reported that they received the Lumia Denim Update in late December, and this was sent out by Microsoft Unofficially just in India, China and Germany. Right Now they have begun the global rollout, and that is what is mentioned in this post.

Microsoft has announced that the latest update to Windows Phones, the Lumia Denim update is now rolling out to devices.

Checkout the Official Introduction Video by Microsoft about the Lumia Denim Update.

The update includes a number of new features, such as voice activation for Cortana by using “Hey Cortana”, Live folders on your start screen, an enhanced glance screen and much more.

Those who are using Lumia Icon, Lumia 1520, Lumia 930 or Lumia 830 will also receive an improved Lumia Camera app, which the company says improves the shutter speed and comes with new features.

According to Microsoft, The Lumia Denim update has started rolling out to a limited number of devices in selected markets and will continue arriving to other devices soon. You can checkout the Video by Microsoft that shows how you can Update to Lumia Denim.

Are you waiting for the update? Let me know down below in the comments section, and Share this with your friends to inform them about what’s coming to their Windows Phone 8.1 device soon.