Leaked Images reveal the HTC One M9 Plus along with Specifications

UPDATE : A New Image shows the Model Number and the IMEI Number along with the same design, which makes us think this really is a real device. 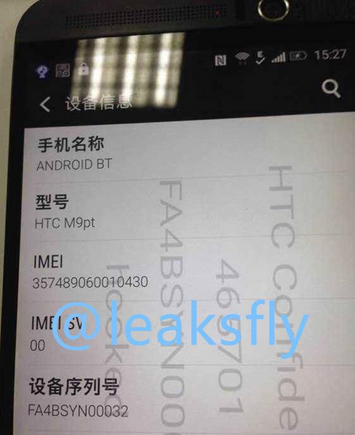 ORIGINAL ARTICLE : This might be HTC’s way of replacing the HTC One Max, afterall we heard that an update to that was on its way. The Name “HTC One M9 Plus” is speculated at the moment, and this might not be the final name, but rumors point that it might be.

According to the Source, The Plus model will come with a 5.5″ QHD (2K) Display along with a Snapdragon 810 SoC with 3GB of RAM.

We can also see that this new device will feature a Physical Home Button, and that it will be a Fingerprint Scanner. This is going to be a disadvantage for some because the Bottom Speaker is going to be replaced with that. At this point I’m not sure wether it is worth to sacrifice those Awesome Speakers and its performance to a Fingerprint scanner. We are going to wait and see how the device will perform with a single speaker.

The back features a dual camera setup with the dual LED flasher. The lens seems quite big in the Primary Camera, so this might end up being the same sensor used on the HTC One M9 (as rumored), so it might be a 20.7MP Shooter.

The HTC One M9 will be running the Latest Android 5.0 Lollipop with Sense 7 on top just like the HTC One M9, but maybe with Added features. 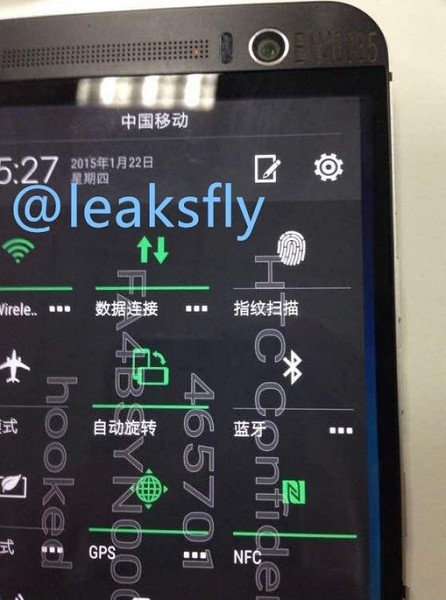 The device will feature the same metal unibody that we all are familiar with.

These images might be real or might be fake, but at this point we know that we can expect to see the HTC One M9 Plus.

HTC is going to hold a special event on the 1st of March and we might see this device at this event along with the HTC One M9. Stay tuned to Andro Dollar for the latest and Don’t forget to Share this with your friends.