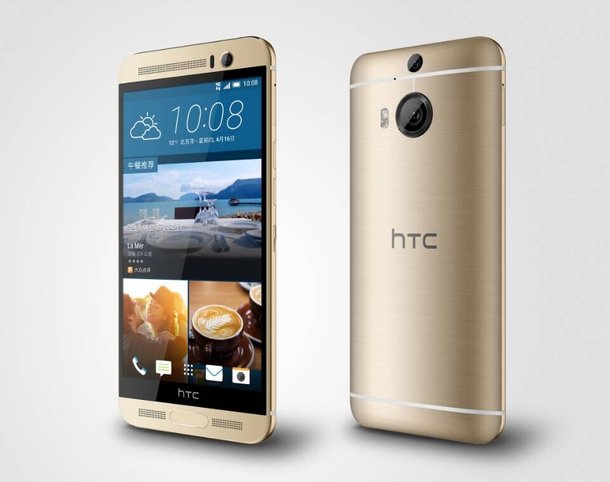 HTC Unveils the HTC One M9+

HTC unveiled the HTC One M9 back at MWC 2015, and it’s considered as their Main Flagship. Even before the One M9 hits the retail stores, HTC has now released the HTC One M9+, Which leaked many times in the past (and I reported). Today the new device was launched at a press event held in Beijing, China.

The One M9+ features a 5.2” QHD (1440 x2560 pixels) display and runs Android 5.0 Lollipop with HTC Sense 7 on top of it. It packs 32GB built-in storage and has a 20MP rear f/2.2 camera with secondary lens on the top for depth-sensing. There is a UltraPixel camera in the front for selfies.

The device is powered by a 2.2GHz MediaTek MT6795T chipset with an octa-core CPU and 3GB RAM. HTC BoomSound speakers with Dolby Surround sound support come on the front along with a home button which integrates a fingerprint sensor with support for the AliPay payment system in China.

The One M9+ offers a 2840 mAh battery to power the smartphone. The device will be available in three color options – Gunmetal grey, Amber Gold, and Silver Gold options.

Anyone even thinking about getting this device over the One M9 if this device is eventually made available globally? Let me know in the comments section below.