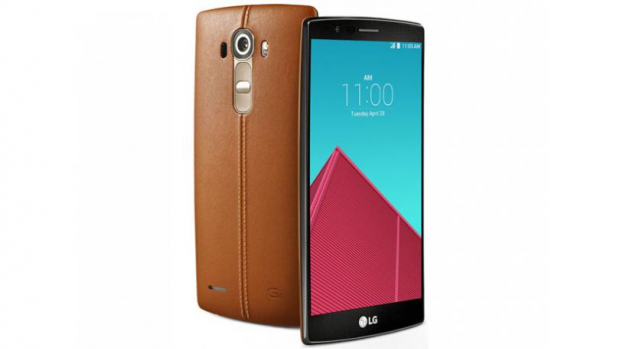 LG Unveils the LG G4; Here’s Everything You need to know

After many leaks and Teasers, The LG G4 is Official. At first glance the LG G4 might not look like a major upgrade over it’s predecessor; the LG G3, but upon closer inspection you will see that it has many improvements over the LG G3. So now let’s dive in and see what LG’s latest flagship brings to the table.

The LG G4 is a Well Rounded Smartphone, with matching Specs. LG says that the LG G4 is full of Innovations. The G4 follows the steps of the G3 by adding in more elements. The Home Button and the Volume Buttons are still at the Back, which allows them to keeps the sides free.

The LG G4 has a Unique design to it, while having the flexibility of changing. The G4 has a Slim Arc design, and it has about 20% more durability (when compared to the LG G3) according to LG. This Slim arc design gives the display also a subtle curve.

The back of the LG G4 will be made by Genuine Leather (which is called the Hammer pattern) and LG is saying that it took three months to make the Leather Back and that it’s resistant to water stains, abrasion, and scratches. There will be more Cover Options available, and since the Back is Removable, the user can easily swap it out. A Flip Cover will also be available later.

Talking about the Display, The LG G4 has a 5.5″ IPS Quantum Display (2K) and it has 20% better colour reproduction according to LG, and it looks Sharp and crisp.

The LG G4 is powered by a 6 Core Snapdragon 808 SoC, along with 3GB of Ram. It is extremely power efficient & it performs well according to LG. The Snapdragon 808 has some special features built in to it as well, like Location Data Sensor Technology, Better and Sharper 4K Video (From the front and back cameras), Power Efficiency and more. LG is also promising “more than a Day of Battery Life” but I will have to test that to see how well it will perform. If they can deliver on this, then they will have a real winner, with a good balance between both worlds.

Talking about the battery life, the LG G4 has a 3000mAh Battery. The G4 has 32GB of Built in storage, and it is easily expandable by using a Micro SD Card up to 2TB (No, I didn’t get it wrong). The G4 will also have an Amazing camera according to LG. It will feature a 16MP rear Camera with OIS (Optical Image Stabilization) with an Aperture of F1.8 along with a 8MP Front Camera for Selfies. The Laser Auto Focus is still present at the back, which will allow the device to focus really fast, and it also has a dual LED Flasher at the back. The Camera also launches in 0.6 Seconds (That’s 0.1 Seconds faster than the Galaxy S6), and it can Quickly take a picture even while the Phone is Off using the Home Button. The G4 is able to shoot panoramas up to a whopping 104MP, compared to the Galaxy S6 which is only able to take Panoramas up to 60MP.

With the LG G4, LG is allowing users to capture RAW Images right from the Camera, and they have a lot of Manual Controls along with a Histogram which will allow users to tweak quite a bit before taking a shot. This is directly aimed at Pro Photographers. LG has made its intentions clear; They want this to be a Groundbreaking Camera where a lot of Pro Photographers will be using it, instead of carrying a DSLR. At this point, the Sample pictures that we have seen look impressive, but I can’t judge the Camera until I personally test it out. The LG G4 runs on Android Lollipop along with LG’s UX 4 on top. There are many Smart Features built in to the LG G4 to make the phone more productive. There are features like Smart Bulletin, Quick Help, etc. LG has got rid of the Bloatware that they had earlier, and the Interface has got a nice overhaul with welcome additions.

You can get Extra 100GB of Google Drive Space for Free for 2 Years, and the G4 comes with the Most important Google Apps like Drive, Docs, Sheets, Slides, etc Pre-Installed.

The G4 will be available in Korea starting tomorrow, but the rest of the world will need to wait a bit more; probably till the end of May/ Early June. Pricing is yet to be detailed, but it should be around $700 at launch.

So do you think that the LG G4 is a Worthy Contender? Do you like the approach LG has taken? Drop a comment down below, and let me know.