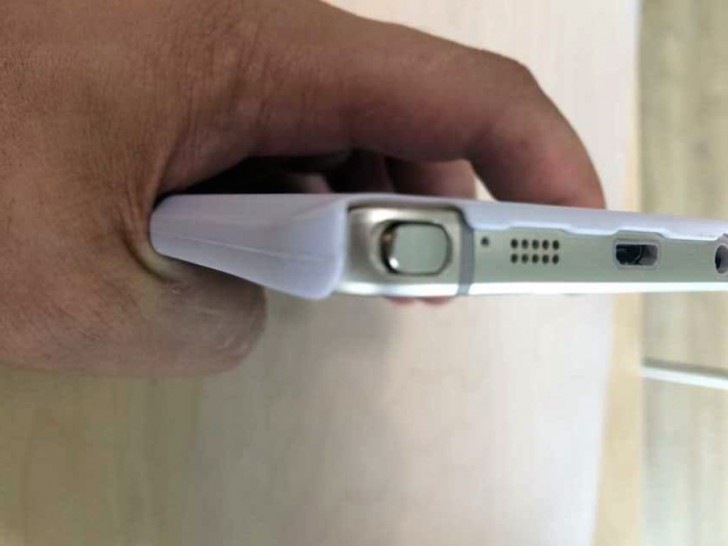 We saw the Galaxy Note 5 leak out a few days ago, and today we have got more images. These new images show us a Alleged Samsung Galaxy Note 5 prototype, and this seems to be the AT&T Variant judging by the AT&T apps installed. The model pictured is a Gold colour model.

The most interesting thing about the newly leaked images is that it gives us a close look at the S Pen ejection mechanism of the Samsung Galaxy Note 5. It appears that users will be able to eject the stylus with their fingernail like in the past iterations of the Note. Earlier leaks and rumors suggested that the S Pen in the Note 5 might have an auto-eject or a click-to-release mechanism; but as evident by the new images we can discard that.

Are you excited for the monstrous Galaxy Note 5? Reports suggest that it will launch as early as on August 13th. Stay tuned to Andro Dollar for the latest & Share the exciting news with your friends!