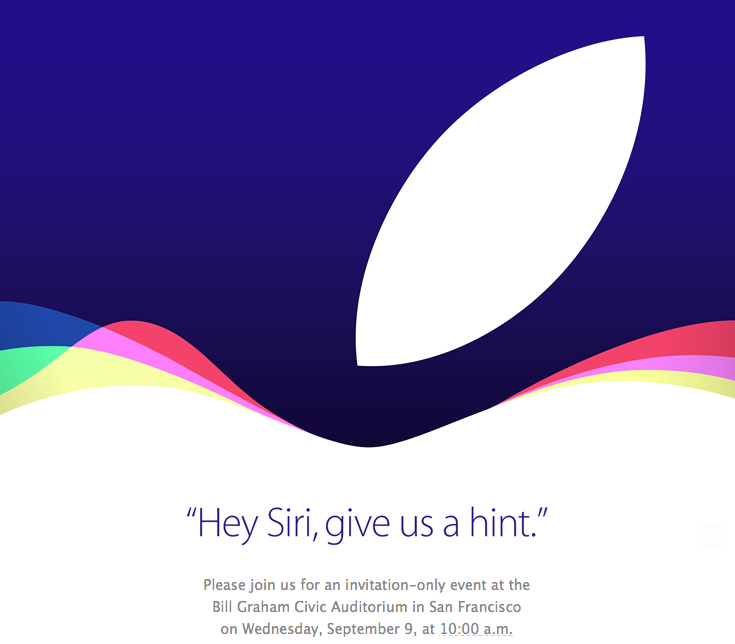 Apple has sent out press invitations for the launch event of the next iterations of the iPhone, the iPhone 6s & iPhone 6s Plus. The event will take place on the 9th of September at 10AM PST at San Francisco’s Bill Graham Civic Auditorium.

Apple is expected to launch the much talked about iPhone 6s & 6s Plus with an updated Force Touch Display, updated 12MP Rear Camera, and an identical design to the iPhone 6 running the latest iOS 9 out of the box.

Apple will also announce the release date of the final version of iOS 9, watchOS 2 and OS X El Capitan. Apple is also expected to reveal a brand new Apple TV at this event. There are also rumors that suggest Apple will unveil new iPads during the event, instead of during a separate press conference in October. New iPads may include an iPad Pro, an iPad Air 3 and an iPad mini 4.

There will be a Live Stream available for Apple users, and I will be doing a Live Blog as well. So stay tuned to Andro Dollar on the 9th of September to get full coverage of the event. Are you ready for the next iPhone? Share the big news with your friends.