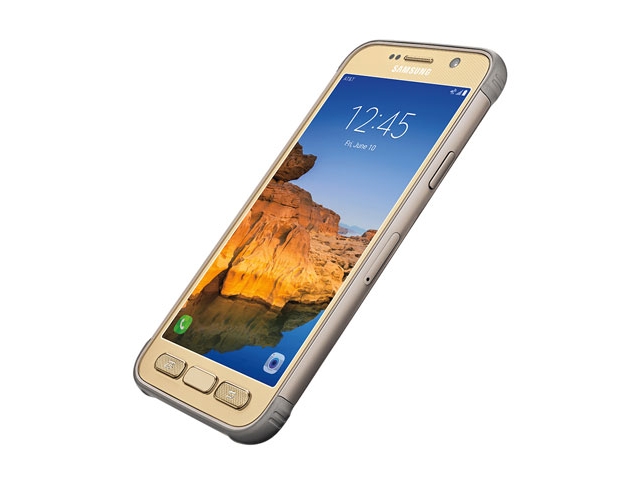 Another cool feature is the addition of the fingerprint scanner to the home button which the previous Active devices made by Samsung didn’t have. This just might make the Galaxy S7 Active overall complete when it comes to a phone with no compromises for many.

AT&T will launch the Galaxy S7 active sales on June 10 with monthly prices similar to the Galaxy S7 Edge’s. If you choose the carrier’s Next plan, the phone will cost you $26.50/month, while the Next Every Year plan will increase the price to $33.13/month. The Galaxy S7 Active is available in three colors; Sandy Gold, Camo Green and Titanium Gray. SIM-free prices are yet to be announced and will be made available later.

At this point we are not sure whether the Galaxy S7 Active will come to other regions, I hope it does.