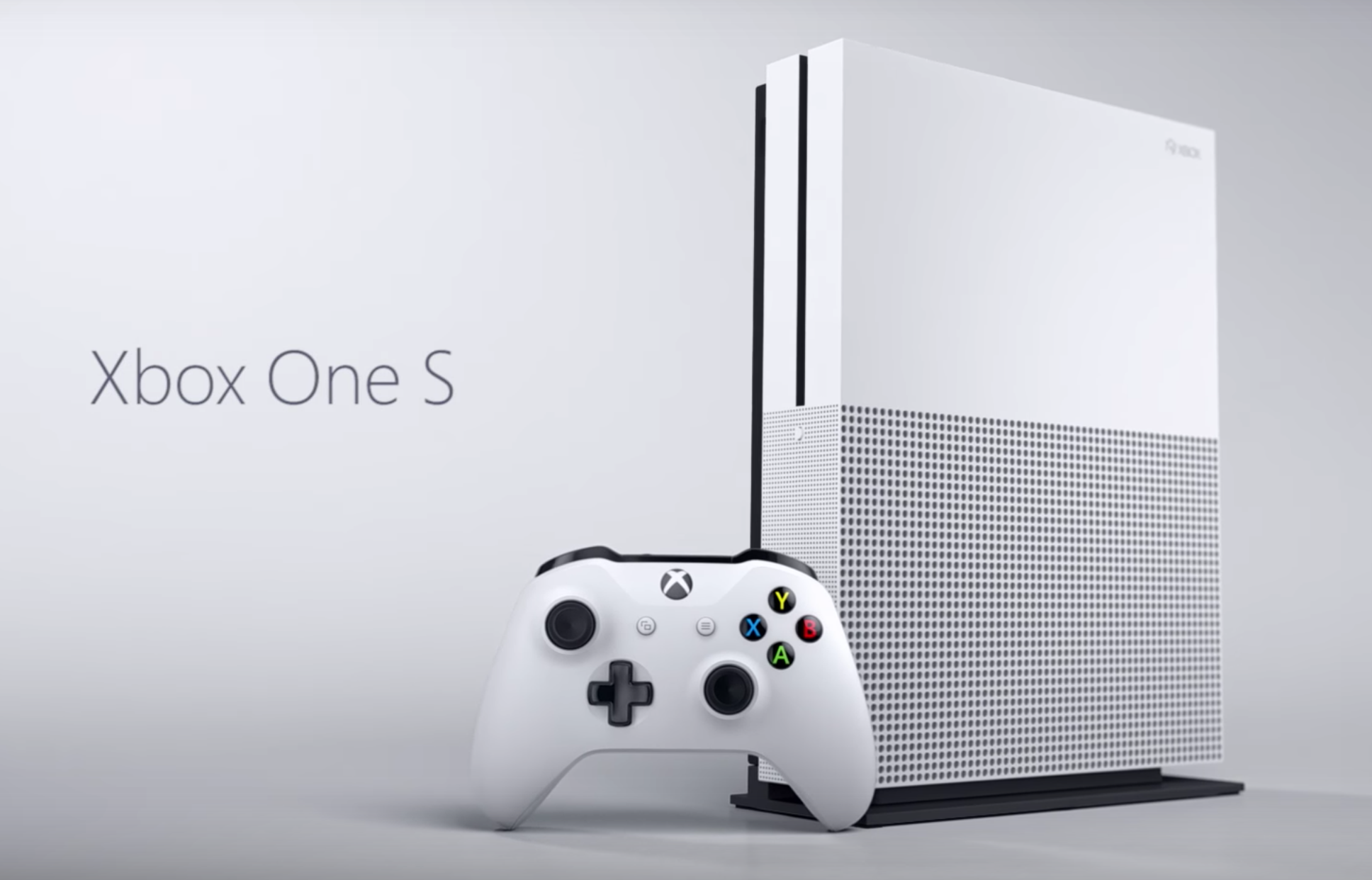 At the E3 keynote, Microsoft unveiled the all new Xbox One S to the masses. It is a slimmer and smaller version of the Xbox One, as you might have already guessed by the name itself.

The Xbox One S has a new white colour design with a 40% smaller body. It even has a vertical stand, and the bulky power brick is now gone. Finally! Internally, the Xbox One S also includes a few other improvements compared to the older Xbox One. Some of these features include, 4K Ultra HD video support including 4K Ultra HD Bluray and HDR capabilities for both gaming and video.

The Xbox One S also comes with a slightly upgraded Xbox One controller. It features the same white color scheme as the console, as well as new textured grips on the back and the addition of Bluetooth, which both adds more wireless range and means you can use the controller wirelessly with a Windows PC. This is a welcome change. A special, limited edition launch edition of the Xbox One S will be available in early August with a 2TB hard drive for $399. Two standard versions will be available soon after with a 500GB edition for $299, and 1TB for $349.

Sounds awesome right? Now those of you who didn’t buy an Xbox One yet, do you think it’s the right time to buy one?