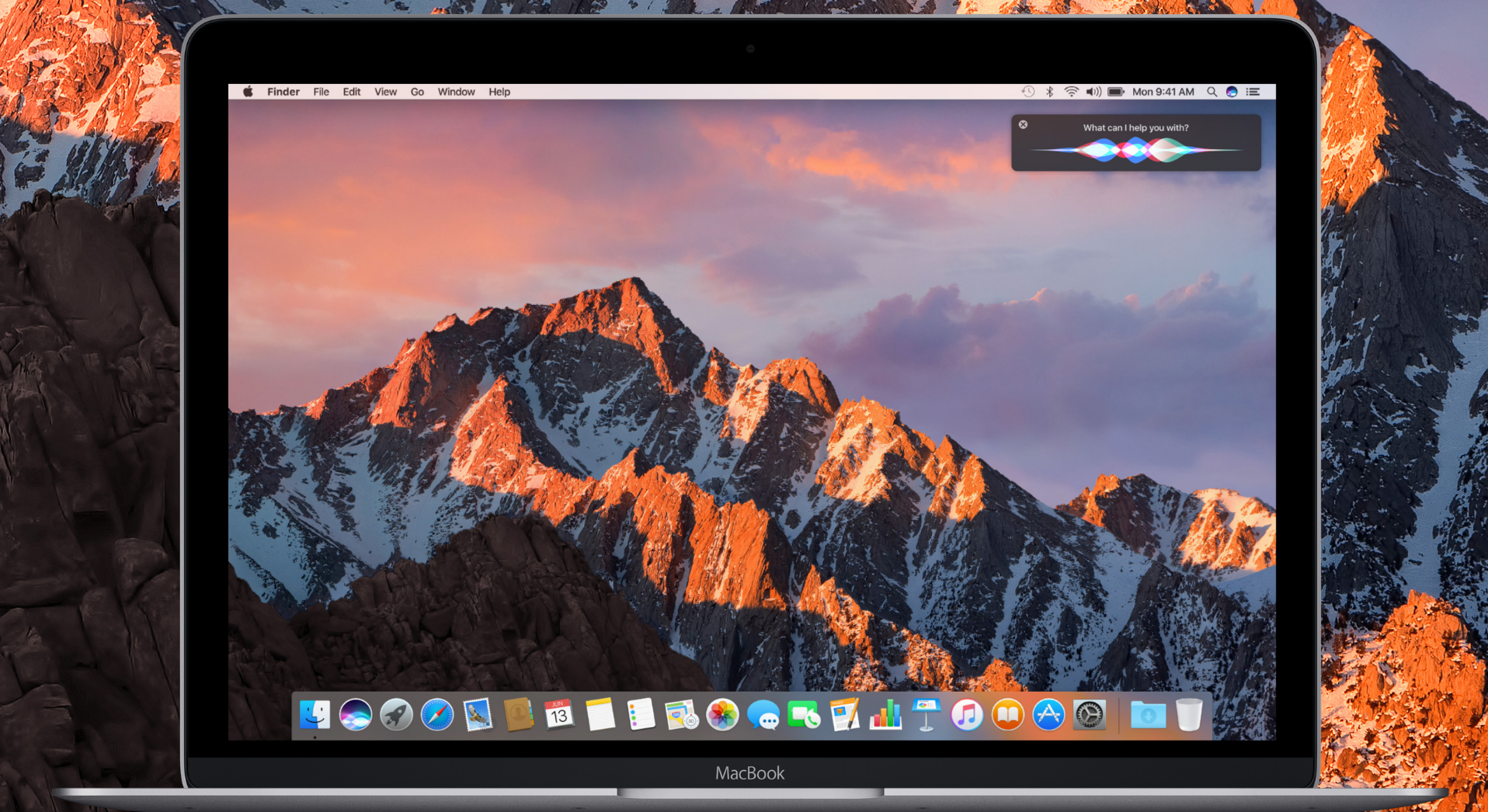 OS X is no more as Apple has renamed it’s desktop OS to macOS to go along with the other OSs by Apple. This is a major change, and the latest version of macOS is called macOS Sierra, and it packs a ton of features and probably the key new feature is the addition of Siri.

Five years after its introduction, Apple is finally bringing Siri to the Mac. On macOS Sierra, Siri will work almost identically to how it works on iOS. By clicking on a Siri icon in the dock or menu bar, you’ll be able to call it up to schedule reminders, send text messages, open apps, look up movie times and sports statistics, and so on, as it does on the iPhone and iPad. Siri on the Mac will also be able to search through your files and can save searches to the Mac’s Notification Center. It’s going to be very helpful and efficient.

Automatic Unlock is another cool feature coming to the Mac if you use an iPhone or Apple Watch, as your mac will now identify those too. The latest version of macOS also has a universal clipboard, which essentially allows you to copy and paste between an iPhone and a Mac. Continuity is pretty strong on across the board.

Apple is also using iCloud to make file management a bit easier. First, it’s adding a feature that’ll let you sync desktops between multiple Macs. With Sierra, iCloud will be able to automatically remove old files from your Mac and store them in the cloud, leaving room for the new files you’re actually working on. Users with small hard drives on their macs are really going to appreciate this.

Safari is getting a small update as well, with the addition of Apple Pay. You’ll now be able to use Apple Pay to make purchases on the web.

Apple will release a public beta of Sierra this July. The final release is expected to come sometime this fall. We could see the latest version of macOS Sierra coming out with the latest Apple hardware probably the awesome new MacBook Pro’s that have been in the rumor mill for so long.

Checkout Apple’s Website for a dedicated overview of everything new here.

Are you excited for macOS Sierra? You bet I am! Don’t forget to share the awesome news with your friends and stay tuned to Andro Dollar for the latest from the tech world!