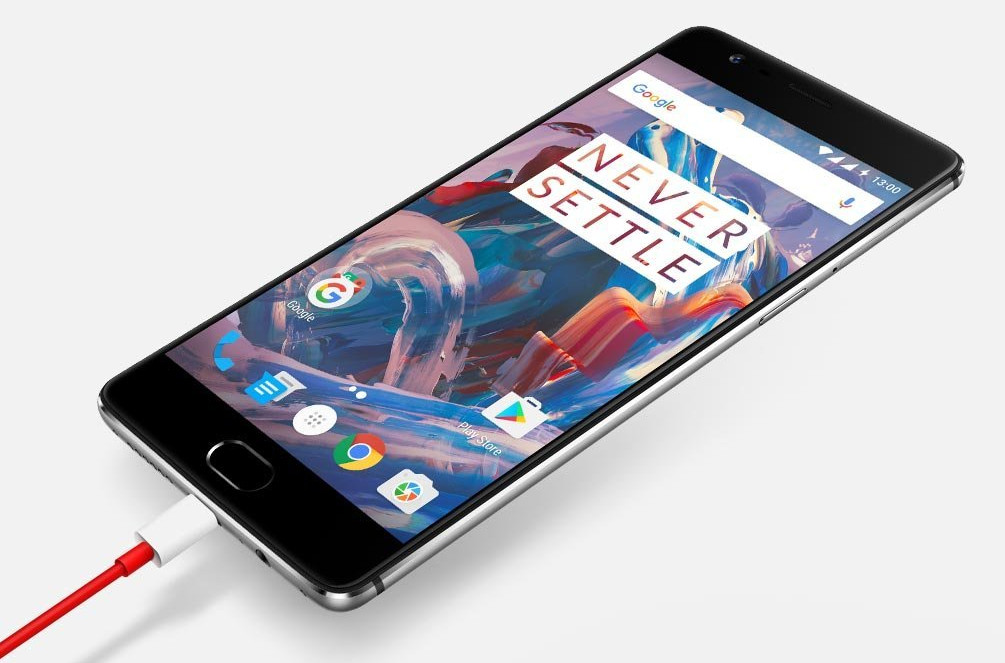 The must anticipated OnePlus 3 has been made official by OnePlus. Just like we saw with the leaks, the OnePlus 3 looks like the baby between the HTC 10 & OnePlus 2, design wise. That being said, it looks much better than it did in the initial leaks. It looks quite elegant, and to be honest I think I like the change.

The OnePlus 3 still packs a 5.5″ FHD display just like the predecessor, but OnePlus says that it has been improved this time around. The OnePlus 3 is powered by the Snapdragon 820 SoC and it packs a whopping 6GB of RAM, which is just even crazy to think about. This should be interesting to see how well the phone will make use of this RAM. The OnePlus 3 packs 64GB of Internal storage, but it doesn’t come with a MicroSD card slot.

The OnePlus 3 comes with an all new Dash charger, which allows the users to charge the OnePlus 3 from 0%-60% in just 30 minutes.

The OnePlus 3 also features a 16MP rear cam with the Sony IMX 298 sensor and sporting a 1.12μm pixel. The sensor features phase-detection autofocus for faster focus, as well as optical and electronic image stabilization that should combine for more stable footage. The lens on top is an f/2.0 one. The main camera also supports 4K video at 30 fps, as well as slow motion at 720p and 120 fps. The front camera is a 8MP camera.

Talking about the battery, the OnePlus 3 packs a 3000mAh battery, and this should be able to give a full day’s use according to OnePlus.

This is pretty compelling, especially when seeing the price point. Feel free to share the awesome and exciting news with your friends.