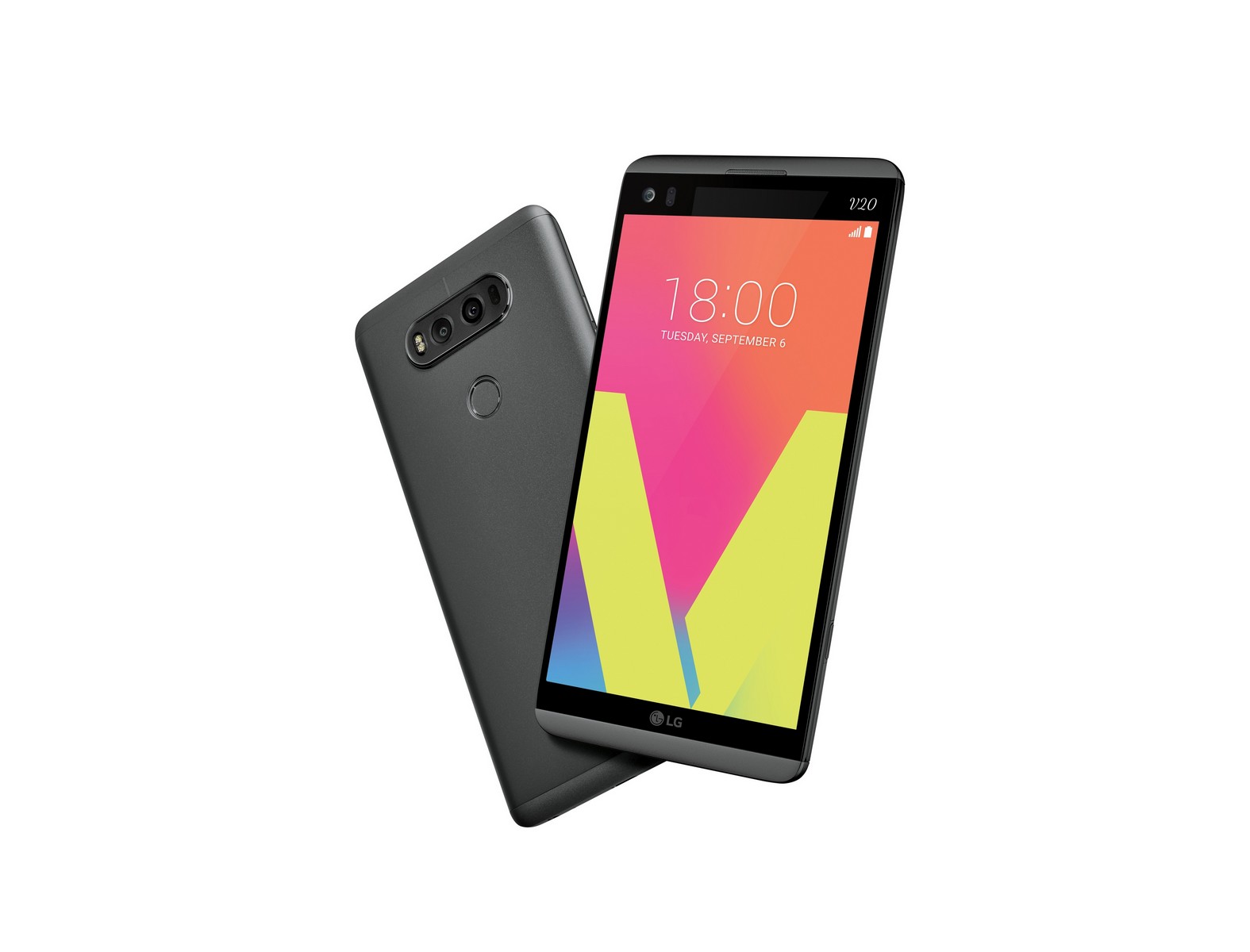 LG’s much hyped 2nd flagship for 2016, the LG V20 is now official. LG unveiled the device at IFA and the V20 is the first Non Nexus device running Android Nougat.

The LG V20 looks like a hybrid between the LG G5 and the LG V10 with a lightweight aluminum body. Even though it has an aluminium body it’s supposed to be as tough as its predecessor. LG says it opted for an aluminum AL6013 alloy, which is used to build airplanes and boats. The phone is as tough as V10 with MIL-STD-810 compliance for shock resistance.

The V20 has the same primary display as the V10 – a 5.7″ IPS unit of Quad HD resolution. The secondary display, however, is a tad longer now and LG doubled its brightness (68 nits). The new unit also supports a longer signature of 24 digits (vs 14 at V10) though the set of notification icons and the clock is the same.

Gone is the Modularity features that the LG G5 introduced, but the LG V20 has a removable back cover, which can be easily removed to switch the battery. Talking about the battery, The LG V20 has a bigger, removable 3,200 mAh battery capable of QuickCharge 3.0. There is a fingerprint sensor just below the camera hump as well.

LG V20 is powered by the Snapdragon 820 chip with 4GB RAM and 64GB expandable storage.

It has the same camera setup as the LG G5 – a 16MP 16:9 OIS camera with laser and phase-detection autofocus accompanied by a secondary wide-angle 8MP fixed-focus snapper for 135-degree shots so two cameras in one phone.

The selfie cam is now a single 5MP camera with f/1.9 lens but it can still take either normal or wide angle images just like the V10 did with its dual selfie camera setup. We still have to hear how LG has managed to pull this one off.

The V20 also offers Steady Record 2.0 system for video capturing – the phone is the first to offer Qualcomm’s proprietary (EIS) video stabilization based on gyroscopes. It also offers image stream analysis (DIS) for tracking a moving object and stabilizing the video by the object’s line of movement, along with minimizing the distortion.

LG V20 is also capable of capturing lossless 24bit/48kHz audio along with its videos, which should record extremely loud sound (up to 132dB) such as live music performances without degradation.

The LG V20 comes with four DACs for very clear sound, offers 75-step fine volume and L/R balance control. It supports lossless playback and is B&O Play-tuned. Even better – the phone comes with B&O Play headphones bundled in its retail box, but this will probably be market dependent.

As the V20 is the first non nexus phone to run Android 7.0 Nougat out of the box, we get to see LG’s implementation with support for multi-window, a more efficient Doze mode, improved quick notifications management and an overhauled quick toggle area.

LG V20 will be available in 3 colours with Titan, Pink, and Silver.

LG says the V20 will become available in Q3, so by the end of this month. Prices have not been revealed yet but I’m sure it will be priced like other LG Flagships.