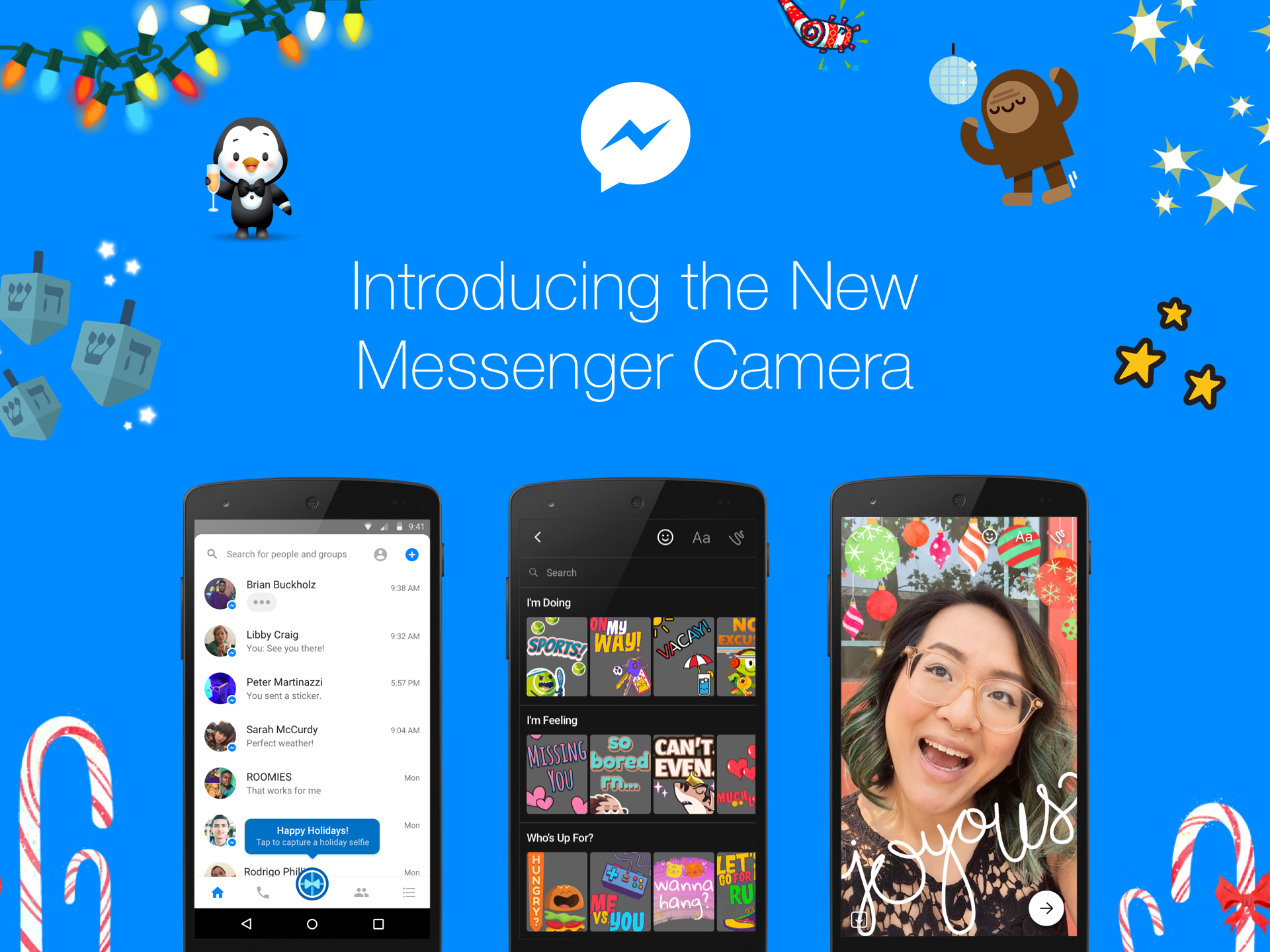 Facebook Messenger gets updated with new and powerful camera effects

Facebook has released a new set of effects for Facebook Messenger users for the camera. The new camera integrated in both the Android and iOS apps is now much faster and easier to use with special effects and art.

According to Facebook, the new camera feature will replace the keyboard. Now you will see the shutter button positioned at the center bottom of the screen, along with a palette icon to the right. If you tap on it, it will take a picture, but if you long press it will record a video. This functionality isn’t something new, as the camera worked the same in the previous versions of Messenger.

Facebook also introduced a place where you can find new art and special effects. Among them, there’s the 3D masks special effects, which make it very funny and easy to apply an artistic filter to the full screen photo.

Basically, you can take a selfie and turn the picture into whatever you think it’s funny by simply applying one of the filters available. Along with the new special effects, Facebook added loads of stickers, frames, masks and effects to choose from. These have been created by artists and influencers across the globe.

The new version of Messenger comes with the palette icon, which is positioned to the right of the shutter. If you tap on it, it will take you to a blank canvas where you can add art and stickers to your text.

The new Messenger features will be rolled out to all Android and iOS devices in the coming days.