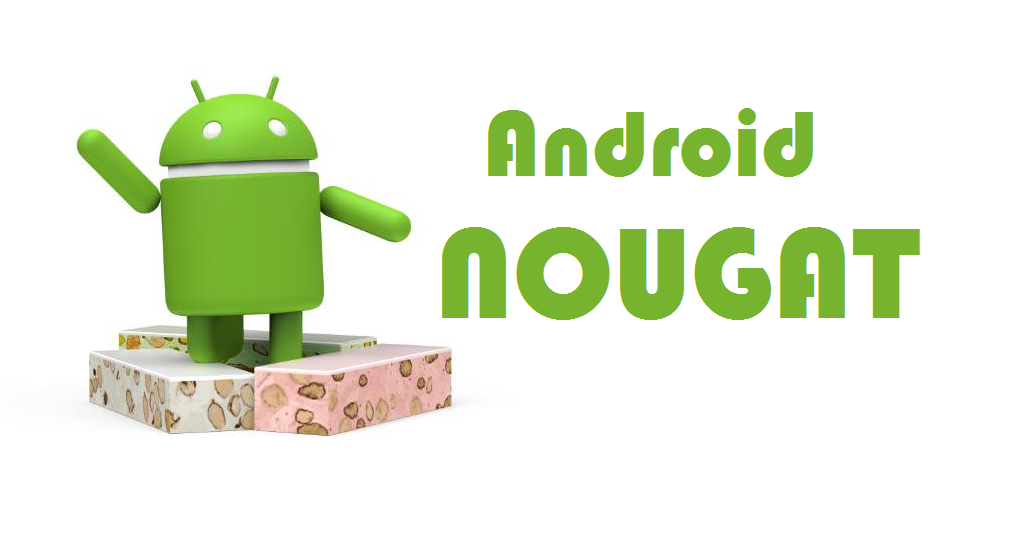 Samsung starts rolling out the Android 7.0 Nougat update to the Galaxy S7 and Galaxy S7 edge

Samsung has started rolling out the final and official build of the Android 7.0 Nougat update to the Galaxy S7 and S7 edge days ahead of the rumored January 17th release date.

Beta users are starting to report that the update has popped up for them already which is about 215 MB in size. That size is because they are already running the beta, so others will have a much larger update size to download and install. 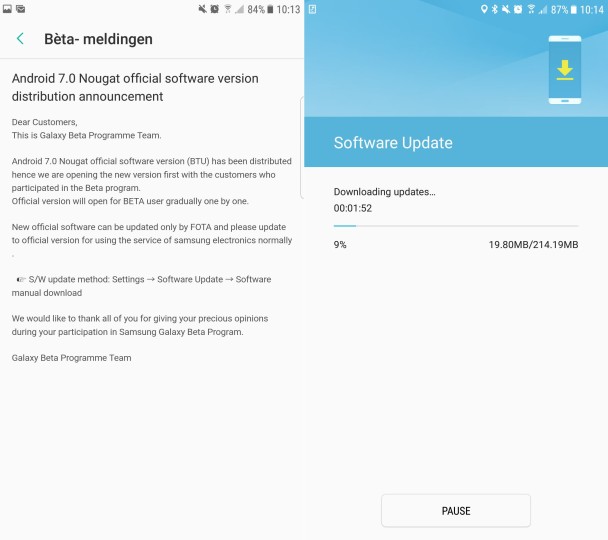 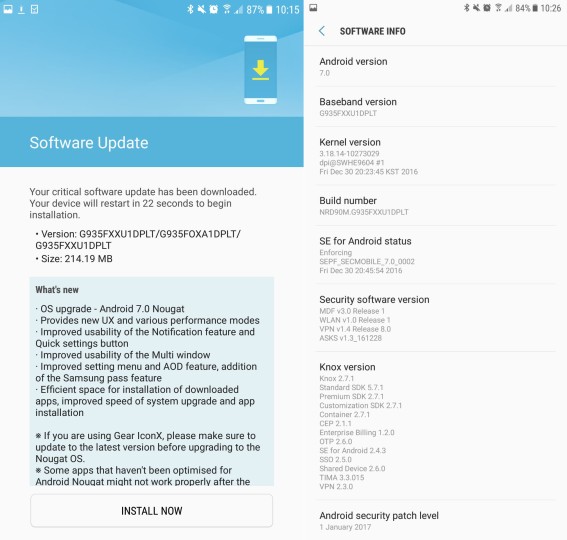 At this point, it’s not clear yet when non-beta users of the carrier versions will get the update, but they should get this soon as well.

According to Samsung’s Customer Consultant Guide slides, there are apparently no less than twenty new features and visuals that will be introduced with the Nougat software for your Galaxy S7 or S7 edge. Some of these, like the App shortcuts for default Samsung apps, or the multi-window mode, are inherent for Android 7, but many others belong to Samsung’s new UX.

So go and check if you have the update available, if not you can always download the latest firmware from SamMobile and flash it manually as well, or just wait, and it will appear soon.