The G6 is coming pretty soon and LG has confirmed it by sending out press invitations for its event to unveil the lG G6. As you see in the image below, The invite is in the outline of a smartphone, which says “See More, Play More”, which hints at LG’s upcoming flagship the LG G6. 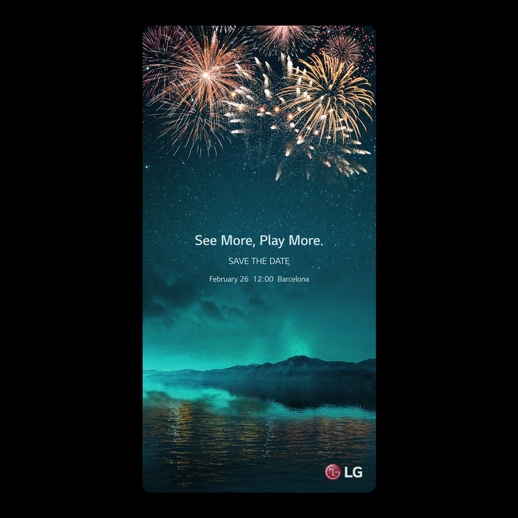 The event will be on February 26th at MWC in Barcelona, scheduled for 12:00 local time. LG has teased many things about the LG G6, and we might know a few details about the device already including the unusual 9:18 aspect ratio for its 5.7-inch Quad-HD resolution LCD display. This ratio is supposed to better present Android Nougat’s split-screen mode while providing better multi-window functionality and providing more screen real estate. We also know that the modular design might be dead based on the leaks we saw but the good thing is we will most probably see a water resistant device.

Specs-wise, The LG G6 is rumored to be powered by the Snapdragon 835 processor with at least 4GB of RAM memory and a dual camera setup.

Stay tuned to Andro Dollar for the latest on the LG G6 and all the other modern tech.