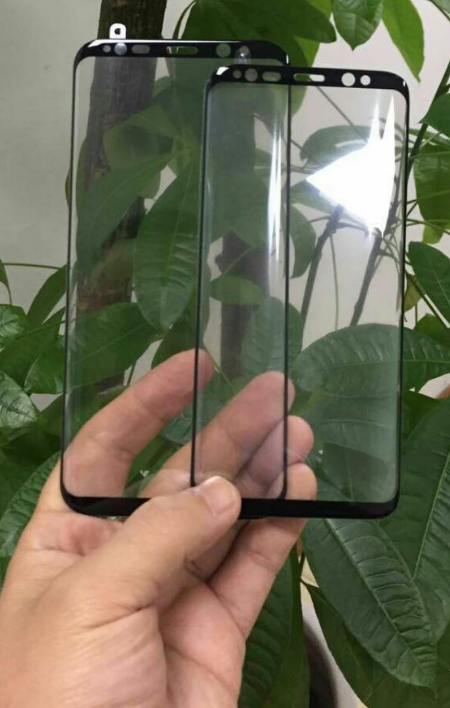 As you can see below, both models will sport dual-curved-edge displays confirming speculation that there will be no Galaxy S8 model with a flat screen. The bezels seem to be extremely thin and if this leak is true we will see a really awesome design on the Galaxy S8 and S8 Plus.

There seems to be a lot of sensors and cutouts in the glass than the S7 had by initial initial impressions. There are many more openings here than there were on the Galaxy S7.

The person who leaked the photo says that this is a screen from a screen protector supplier in China. He claims his source hasn’t been wrong before, but still can’t confirm that the source is 100% legitimate because that’s how things work in the smartphone world.

The Galaxy S8 is rumored for an official announcement on March 29 with a release following in April.

What do you think of this leak? Does it seem real?