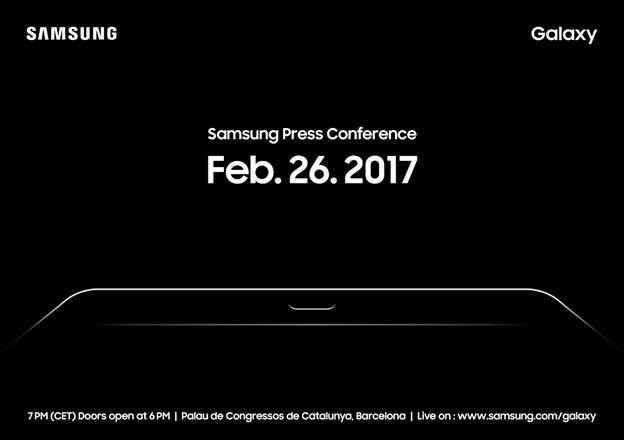 Samsung has sent out press invitations for the press event at MWC 2017 which looks to be teasing the Galaxy Tab S3. After many reports that claimed that the Galaxy S8 will not launch at MWC 2017, now we know which device will take the center stage at the event.

The event will be taking place on February 26 at 7PM local time (CET). The invitation teases the Galaxy Tab S3 by showing its lower bezel as you see in the image below.

It will feature the Latest software from Samsung running on top of Android Nougat as well.

It is also said that the Galaxy S8 will be teased during the event, but that’s about it. We will see the launch of the much hyped flagship in late march and will go on sale in April according to the latest rumors.