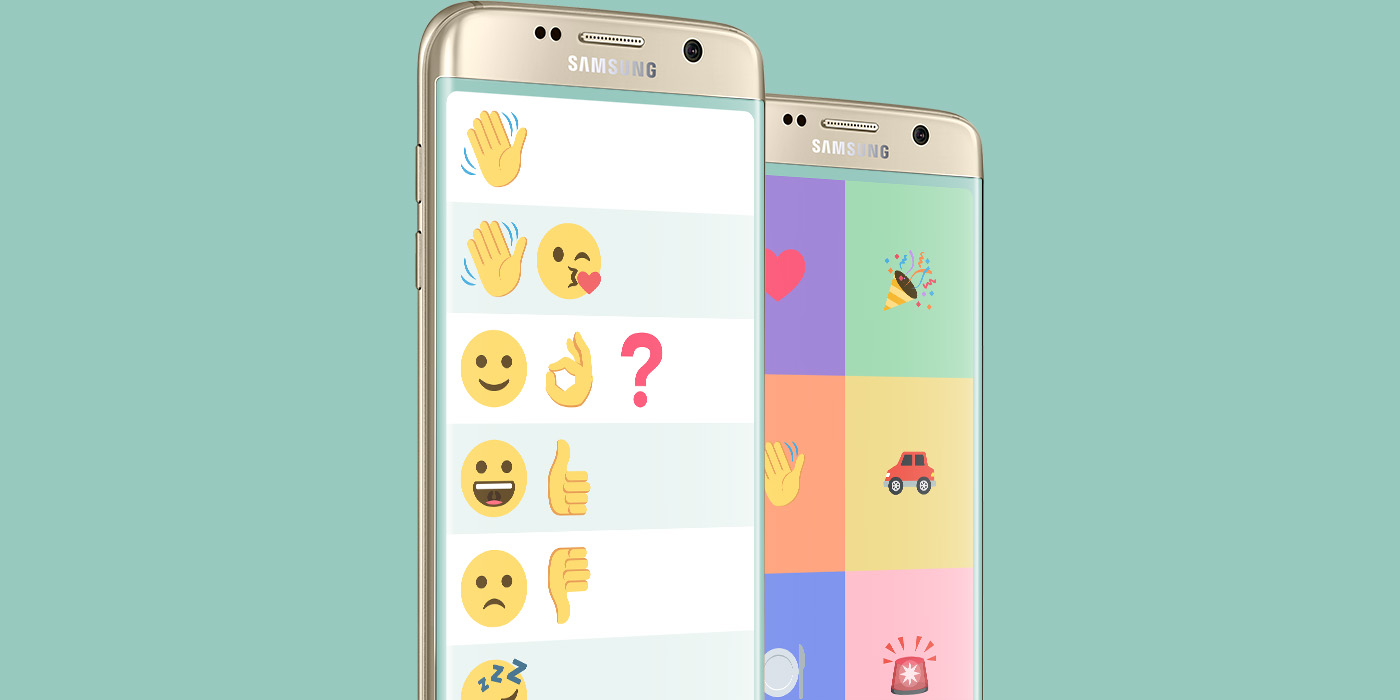 Samsung has built a very productive chat app called Wemogee to help people suffering from aphasia to communicate with their loved ones. It is a free chat app that uses emoji to easily translate their thoughts into messages.

In case you’re not aware, Aphasia is a disorder usually caused by brain injury or disease that affects people’s ability to understand written and spoken language. However, patients can still comprehend visual cues like symbols and facial expressions.

That’s where Wemogee presents aphasic users with visual options for what they want to say to a friend or family member and it creates a sequence of emoji to send out as a message. There are more than 140 messages to choose from in six categories like eating and drinking, seeking help, recreation, and celebrations.

It’s then translated back into text for non-aphasic users; the app also suggests responses so you can reply quickly and accurately. 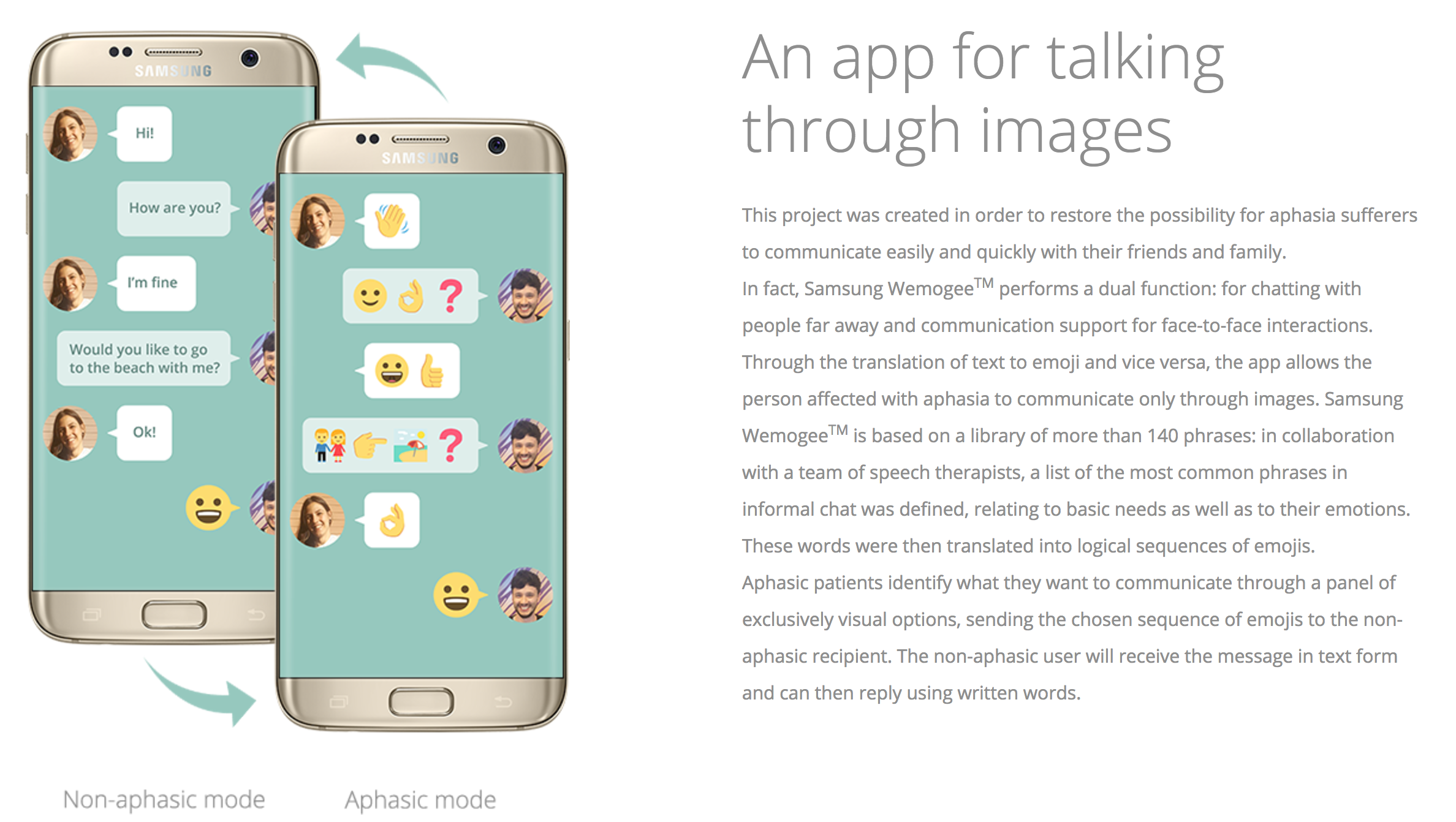 Samsung says that Wemogee can also be used as a home practicing tool to aid in treating aphasia with therapy.

The free app is available now in English and Italian for Android devices on Google Play and is coming soon to iOS as well. Give it a try and drop a share to raise awareness about this great app.