We knew we were going to get some mac announcements going in to WWDC, but boy were we surprised when Apple made the announcement about the iMac Pro that no one saw coming. Apart from that, we saw the other iMacs and Macbooks getting a spec bump as well. 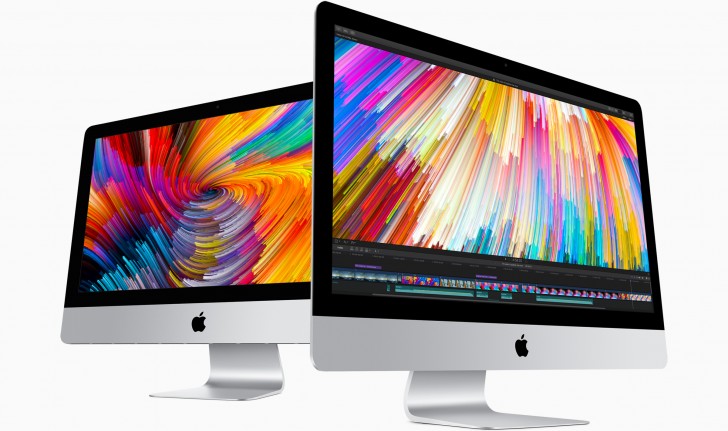 Apple updated the iMac 4K and 5K with some nice to have things first off an eye-catching feature which is an improvement to Apple’s best displays, ever! They are 43% brighter than the previous generation (up to 500 nits) and feature 10-bit dithering (so 8-bit panels simulating 1 billion colors).

These iMacs will be much faster than the previous generation. They use Intel’s new Kaby Lake processors (which offer higher frequencies and HEVC decoding). You can spec the 21.5” iMac with up to 32GB RAM, the bigger 27” model can go up to 64GB. For storage, you get up to 2TB fusion drives (HDD+SSD) with SSDs that are up to 50% faster.

All the Macbooks got updated to Intel’s 7th generation Kaby Lake processors. We didn’t hear anything about a 32GB Ram model of the MacBook Pro however as rumors pointed. The awesome news here is that we saw a price drop so the base MacBook starts at $1,300 (and has up to 50% faster SSD), the base MacBook Pro 13 also stats at $1,300. The big dog, the 15” MacBook Pro, gets faster graphics options and a base price of $2,400. You can pick up these new macs starting today.

Apple took the wraps off the iMac Pro which is a pumped up version of the iMac with internals of a Mac Pro. That this is just a sneak peek for now as the real deal will not be available until December 2017. But here’s what you have to look forward to.

It shares its outer body and 5K display with the 27” iMac (but comes in an exclusive Space Grey color). However, the internal cooling is much-improved thanks to the dual centrifugal fan setup. You can spec the Pro with an Intel Xeon with up to 18 cores! More affordable 8 and 10 core options are available as well. Also, you can stick as much as 128GB ECC RAM and 4TB SSD (3GB/s). 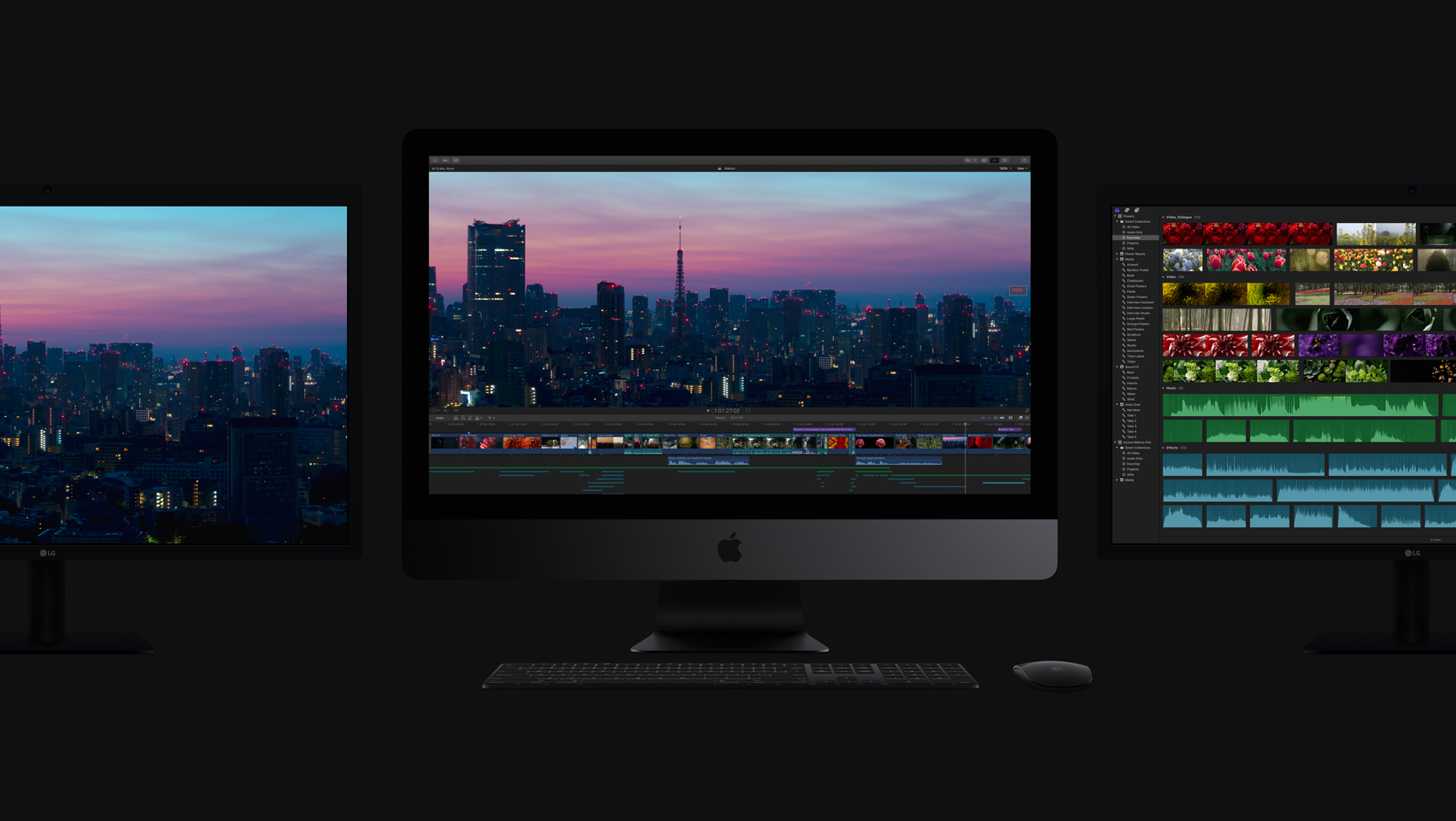 The graphics are workstation-grade – the upcoming Radeon Vega with up to 16GB VRAM. It offers 11 TFLOPS in single precision and 22 TFLOPS in half precision – a boon for machine learning.

The connectivity on the iMac Pro is as great as you’d expect. It’s the first Mac ever to feature built-in 10Gb Ethernet and with 4x Thunderbolt ports, you can feed two external 5K displays and connect two two RAID arrays. Oh, and there’s a 1080p FaceTime camera and a UHS-II port.

Sexy specs, but how much will it cost? The iMac Pro (8-core Xeon, Vega GPU, 1TB SSD) starts at $5,000. This is one seriously powerful and awesome system for what you are getting. 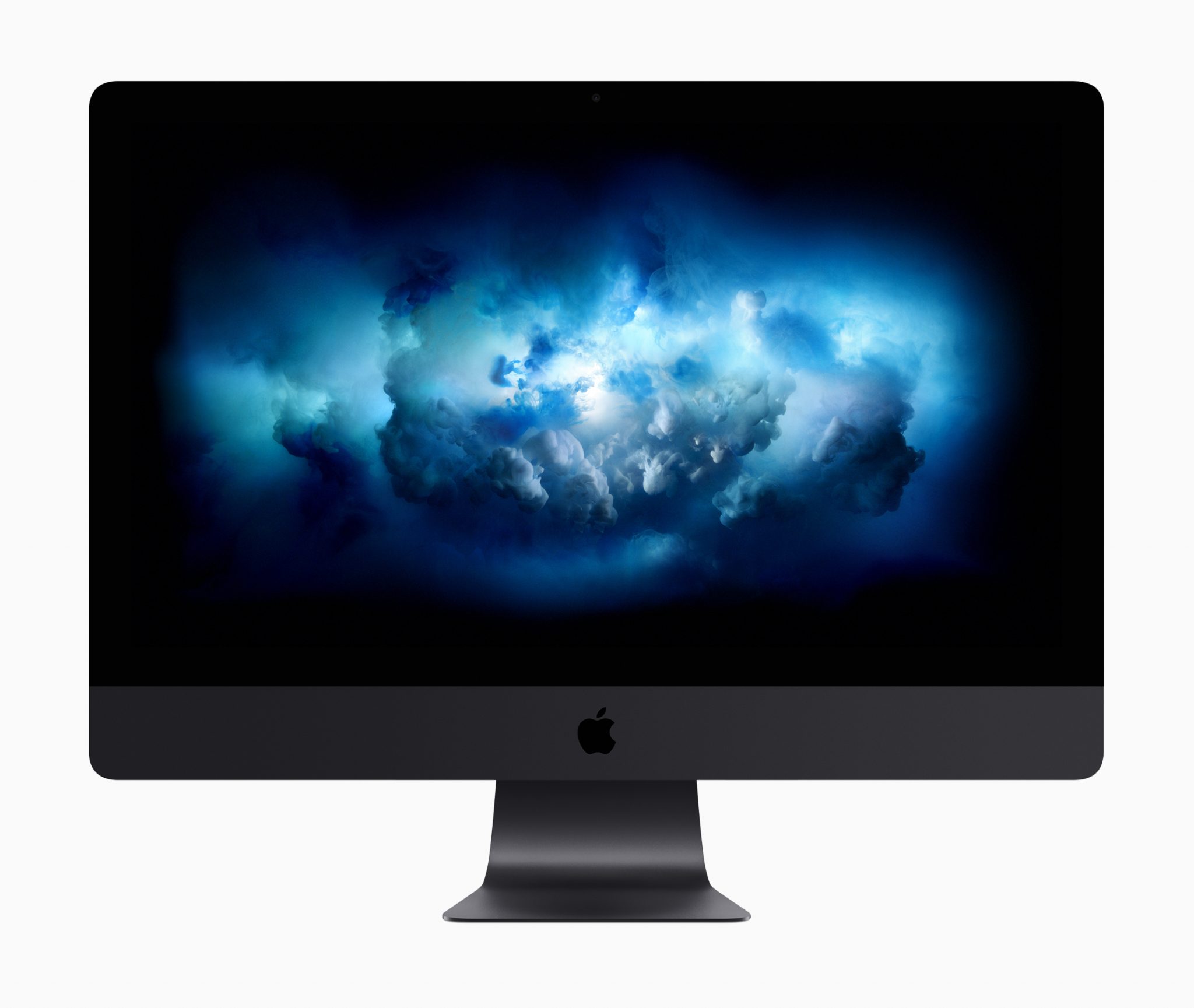 Let me know what you think about the awesome looking iMac Pro in Matte Black! I dig it.

Apple also unveiled the latest version of macOS, macOS High Sierra today, and you can learn all about it here.