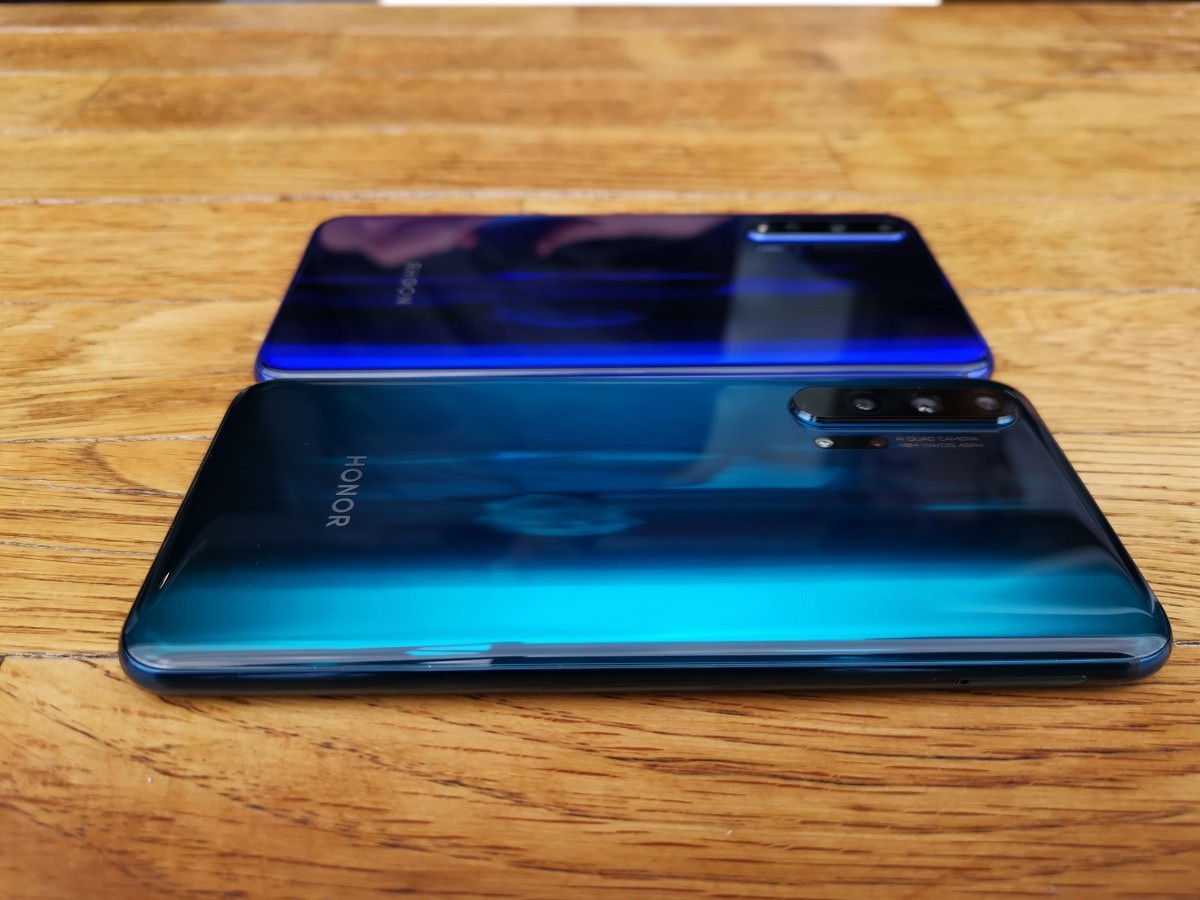 All you need to know about the Honor 20 and Honor 20 Pro.

The smartphone brand Honor unveils its latest flagship smart phone duo today at an event in London. The Honor View20 was launched not very long ago. But since companies like OnePlus, Xiaomi, and Asus released their budget flagship smart-phones Honor also has decided to launch new smartphones with significant camera upgrades to stay competitive. 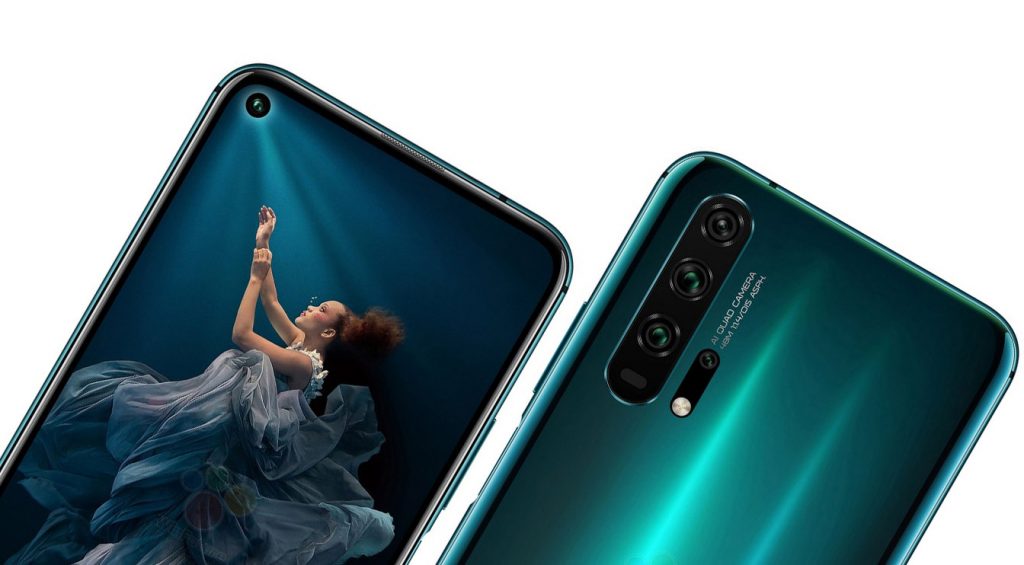 The Honor 20 and Honor 20 Pro has got all characteristics of a 2019 budget flagship smartphone, such as an accelerated processor in the Kirin 980, a bezel-less display, a beautiful design, and multiple cameras in the back. However Honor still needs to do a lot more than just trying to match the other flagship-tier smartphone specifications. With this fact we can also tell that the Honor’s new device is not in the position as when the Honor View20 was released in January.

Lets take a look at what the Honor 20 Series has to offer this time around to stand up to the competition.

Normally when two series of phones are released the Pro version is supposed to have a better or larger display compared to the normal version. But however the Honor 20 and Honor 20 Pro has the same 6.26-inch “All-view” IPS LCD with a 4.5mm hole punch in the top-left corner. 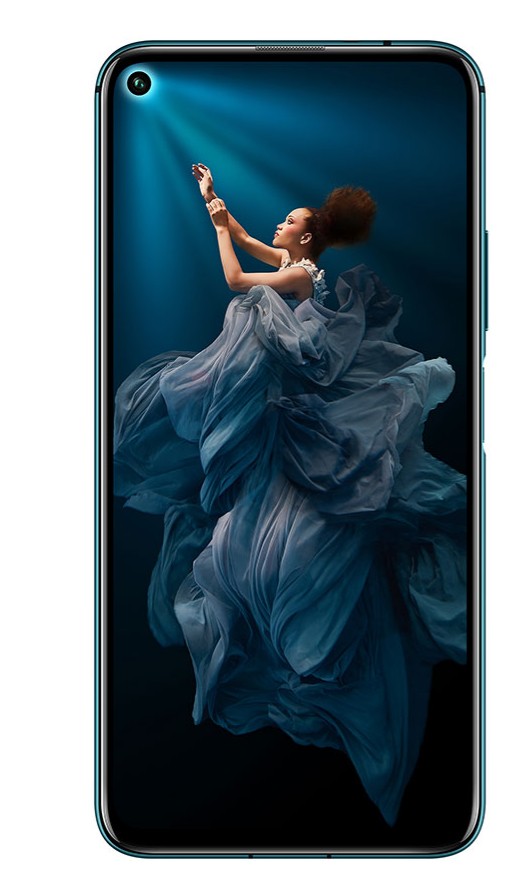 Honor also is very proud about their hole punch saying its the smallest of its kind. This makes both the devices have a 91.6% screen-to-body ratio. Which also means that the Honor 20 series has more screen on the front than on phones like Xiaomi Mi 9, OnePlus 7, and Samsung Galaxy S10 series. But however the ASUS ZenFone 6 and OnePlus 7 Pro have higher screen-to-body ratios at 92% and 93.22% respectively. Both these phones has moved their front camera to a mechanical flip-top and pop-up camera module respectively. It also says that the 32MP front camera sensor is located under the display where the punch hole is located in the Honor 20 and Honor 20 Pro. 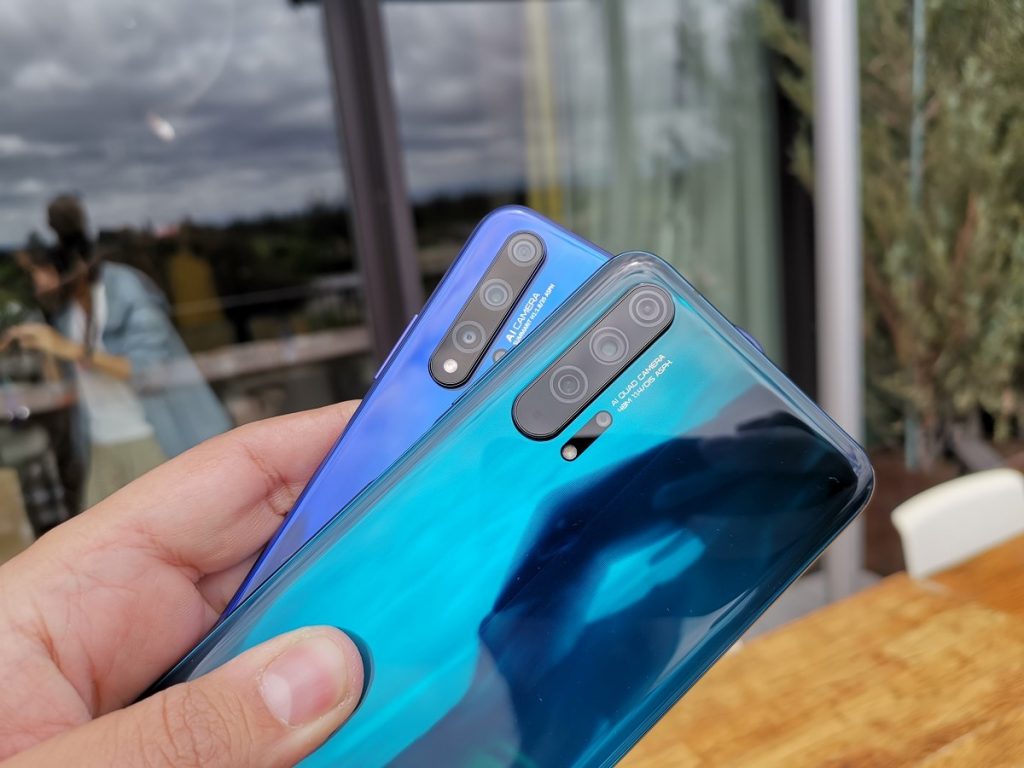 AIS Super Night Mode is also back this time around making it possible to take hand-held long-exposure shots that aren’t overexposed and still retain a good amount of detail. There are 4 steps in the process: hand-held detection, light detection, image processing to compensate for shakes, and image compositing. The Kirin 980 analyzes sensor data from the gravity sensor and gyroscope to compensate for hand-held shaking by “moving the lenses in the opposite direction of the motion in the picture.”

Unlike the Huawei P30 which uses auto-focus on its wide-angle lens for macro shots, both the Honor 20 and Honor 20 Pro have a 2MP 4cm fixed-focus Macro lens. This forces the user to manually select the Macro mode in the camera app to take photos, but however Honor is considering adding a recommendation to Master AI to automatically switch to the mode when appropriate. The idea however is to allow users to take photos at all distances. With a wide-angle, telephoto, and macro lens, nothing is too far or too close to take a photo of.

While the wide-angle lens on both smartphones isn’t stabilized, Honor has brought its Super Night Shot camera mode to the wide-angle lens. On the Honor 20 Pro, they’ve also added a 30X digital zoom option and a hand-held “moon shot” which, like the Huawei P30 Pro, uses AI to optimize details in photos taken of the moon.

The Honor 20 and Honor 20 Pro have side-mounted fingerprint scanners embedded in the power button like in the Samsung Galaxy S10e. Honor however has not been able to design the fingerprint sensor underneath the display like the Xiaomi Mi 9 or OnePlus 7 because the Honor 20 series has an LCD. They probably didn’t go for this to save cost. However you don’t have to wakeup the screen every time when unlocking the phone with the side unlocking at it just takes 0.3 seconds to unlock the phone after placing the finger. You unlock and turn on the screen at the same time.

The Battery Life and Charging.

Although both smartphones are the same thickness, the Honor 20 Pro has a slightly larger battery at 4000mAh while the Honor 20 has a 3750mAh. At least charging speeds are equivalent between the two devices, with both supporting 22.5W SuperCharge 1.0.

The available memory and storage capacities will be more than enough to handle all our needs. With up to 8GB LPDDR4X RAM, the phones can handle a lot of multi-tasking . With up to 256GB non-expandable storage, saving our photos, videos, documents, and other media files will not be a problem. The storage meets the UFS 2.1 standard.

Both the Honor 20 and Honor 20 Pro is equipped with “Virtual 9.1 Surround Sound.” This allows the user to hear the sound from where its coming from. This will be very helpful for playing games such as PUBG Mobile which has directional sound. But however this feature is required to have headphones to be plugged in to work.

The Honor 20 and Honor 20 Pro has a single speaker each, but there’s no 3.5mm headphone jack. You’ll have to use the USB Type-C port or Bluetooth to take advantage of “Virtual 9.1 Surround Sound.”

Honor is shipping both smartphones with its custom Android 9 Pie-based software called “Magic UI 2.1.” Magic UI 2.1 is EMUI 9.1 in all but name as it has the same design, features, and apps. EMUI 9.1 is a minor improvement over EMUI 9.0.

EMUI 9.1 offers a few improvements over EMUI 9.0 such as the upgraded GPU Turbo 3.0, a new Assistant power button shortcut, new icons, and other under-the-hood changes. All of EMUI’s best features are there including Easy Projection, full-screen navigation gestures, and Digital Balance.

Honor is also one of the few smartphone brands that still includes an IR blaster in their smartphones.