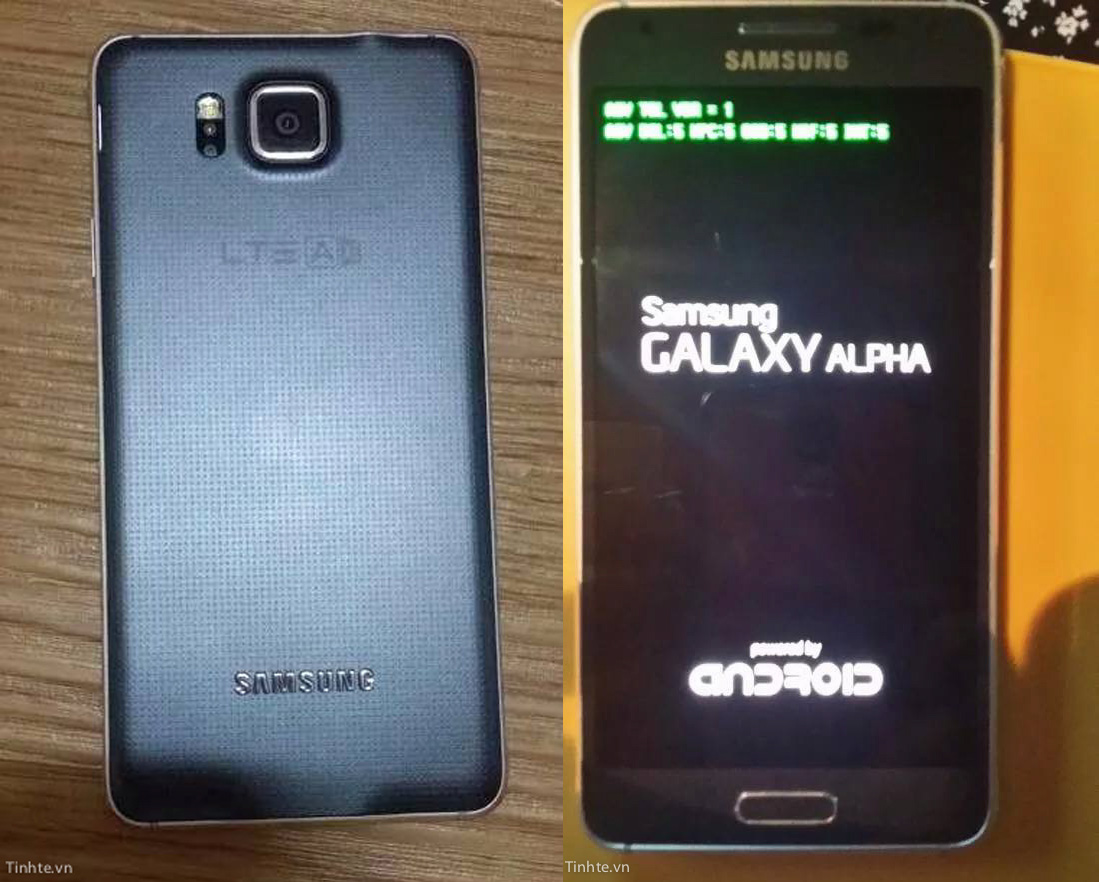 UPDATED : Sammobile has leaked out more Images and details of the Galaxy Alpha. It is said that this device will have a metal frame like on the iPhone, and a Plastic Perforated Back like the Galaxy S5. Sammobile also claims that this device will be 4.7″, so we are sure that this is not the Galaxy F. Samobile also went on to note that this is not the Final design of the device, so it might change a bit here and there when it officially comes out. This makes me wonder whether this will end up being the Rumored Galaxy S5 Neo? Checkout these pictures that compare it to the Galaxy S5. Original Post : Samsung has been working on a Premium like on Smartphones. We saw the continuous leaks all over of the Galaxy F, Which is rumored to be the Premium Version of the Galaxy S5 in Metal; and now we get the Samsung Galaxy Alpha. Where does this stack up?

The Leaked photos come to us from Tinhte. These photos show off the Galaxy Alpha in it’s full glory, but this doesn’t have metal, but it has the same perforated backing of the Galaxy S5. This makes us wonder whether there’s going to be 2 Prime Varients, where one will be Plastic and the other will be Metal. This makes us wonder about the Note 4 as well. What if it follows the Same Design guidelines? Is this a teaser of what we are going to see in September? The design language is consistent with recent Samsung efforts and match up with other leaked images. After seeing the images, now you must have already realized that this device is a LTE-Advanced device. LTE-A is ultrafast 4G connectivity found in South Korea. It’s unclear whether this means the device will be offered exclusively on Samsung’s home country. Another possibility to consider is that the Galaxy Alpha could be sold as a limited-edition device, just like the Galaxy S5 LTE-A. The new line of Galaxy F and/or Galaxy Alpha is rumored to launch in August, but we could also see it at Samsung’s next Unpacked event at IFA in early September, along with the Galaxy Note 4. What do you think? What do you expect from it?