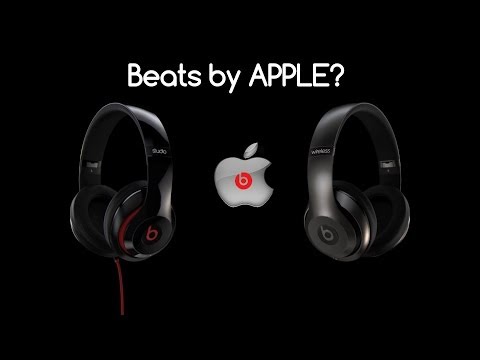 Apple could be Very close to making its biggest acquisition in the company’s history, offering $3.2 billion to purchase headphone maker Beats Electronics. Reports broke out earlier today, by Financial times, that Apple was considering to acquire Beats Electronics. It seems like it was confirmed by the Beats Co-Founder when he appeared in a video earlier today.

This Video was posted by by Actor-Singer-Songwriter Tyrese Gibson, with the caption, “Dr Dre ON THE night his deal went public that he did with Apple 3.2 BILLION!!!!” In the video, Gibson appears to be celebrating the deal with Dre and friends.

The photo above was later posted on Gibson’s Facebook wall, showing Gibson and Dr. Dre, with the caption, Both the Video and Photo was removed by the Actor, but it had already been uploaded to Youtube various other sources. So check it out below.

This actually seems to be confirming the deal as GSMArena stated earlier, but even if it’s not confirmed yet, we know that Apple is very close to acquire Beats.

Beats was launched in 2008 by music legends and icons Jimmy Iovine and Dr. Dre. Beats were bought by millions around the world to be used as music devices, and later turned out to be a fashion trend in the 21st century. The Verge has complied a list of The Epic Visual History of Beats, Check it out here if you want to go back in time.

It is said that this deal could be Officially announced next week, according to individuals close to the companies.

The Beats deal would make a lot of sense for Apple if they merge iTunes with Beats Audio; The Streaming Service. This will get Apple more Exposure, and would make it look Cooler and would definietly have a +1 when compared to the competition by other OEMs.

The Beats brand is also licensed to others under the Beats Audio brand and can be found HP computers, Cars made by Chrysler and formerly, HTC smartphones (Deal Expired).

So we will have to wait and see how this turns out for both companies. In my openion this could be a Major win for both companies and a huge leap for Apple to make iPhones/iPad look cooler. Who knows, we might even get an Apple Beats Headset. Anything is possible at this point. Stay tuned to Andro Dollar as we will keep you updated on this Major story, as news breaks out.

Via – GSMArena, The Verge