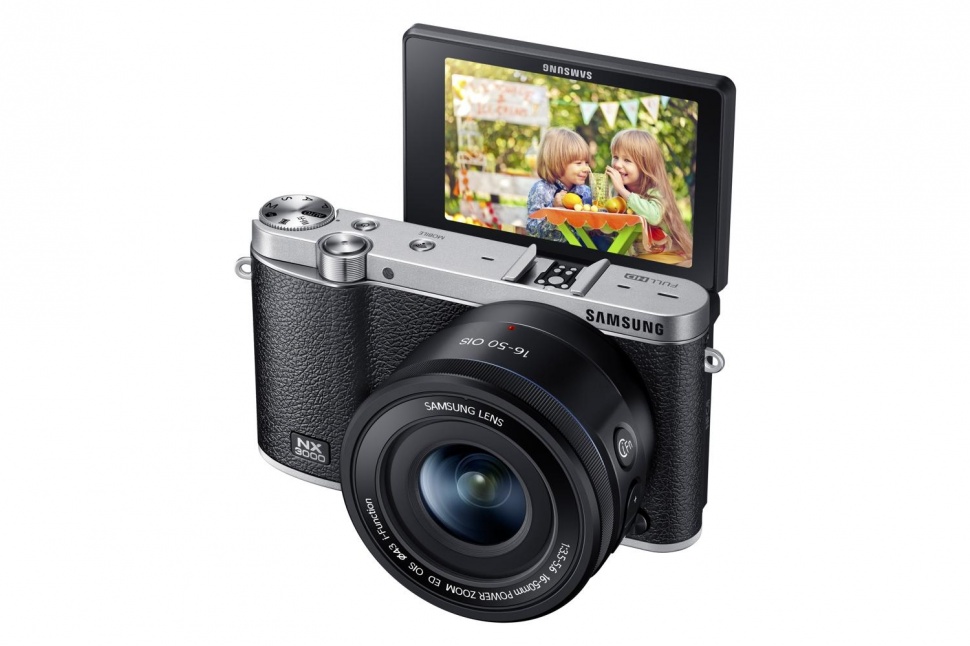 Samsung just unveiled the NX3000 smart camera, a mirror-less camera with a affordable price tag and an interchangeable lens camera with advanced connectivity features. It goes back to relying more on hardware controls than on touchscreen controls, similar to the NX1000. This has a two toned Metal and Textured Body. This retro style camera has a 20.3MP APS-C sensor that can record 1080p videos at 30p, the same basic specs as its two predecessors, the NX2000 and NX1000. The Camera is powered by a 2330mAh battery just like on Samsung Smartphones.

The screen of this camera has gone down in size to 3″ (down from 3.7″ on the NX2000) and in resolution – the new camera has an HVGA screen (compared to VGA on the NX1000, WVGA on the NX2000). It is a flip-up display though, plus Wink Shot for those all-important selfies. The advanced connectivity that makes the Samsung NX3000 a smart camera includes Home Monitor+, similar to the baby monitor feature of the Galaxy S5. There’s also AutoShare and AutoBackup, Remote Viewfinder Pro, Mobile Link and PhotoBeam. This is done with the SmartCamera 3.0 interface over Wi-Fi. NFC is also available. Like the previous models, this camera also rely on microSD cards for storage. Anyone getting this? What do you think? Let us know down below in the comments section.