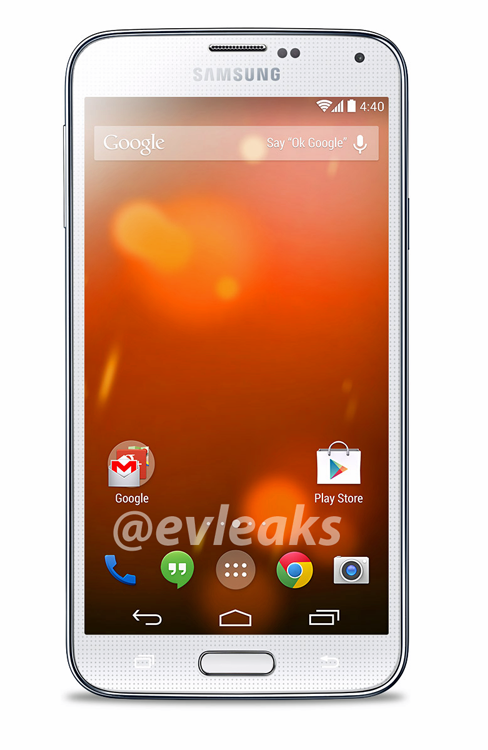 The downside to going GPE with this phone is that you lose all of the unique software features that Samsung’s baked into its very own interpretation of Android. But some people will just like this.

The Galaxy S5 GPE will be launched soon and probably be sold for around $599-699, exclusively in the Play Store just like the current devices.