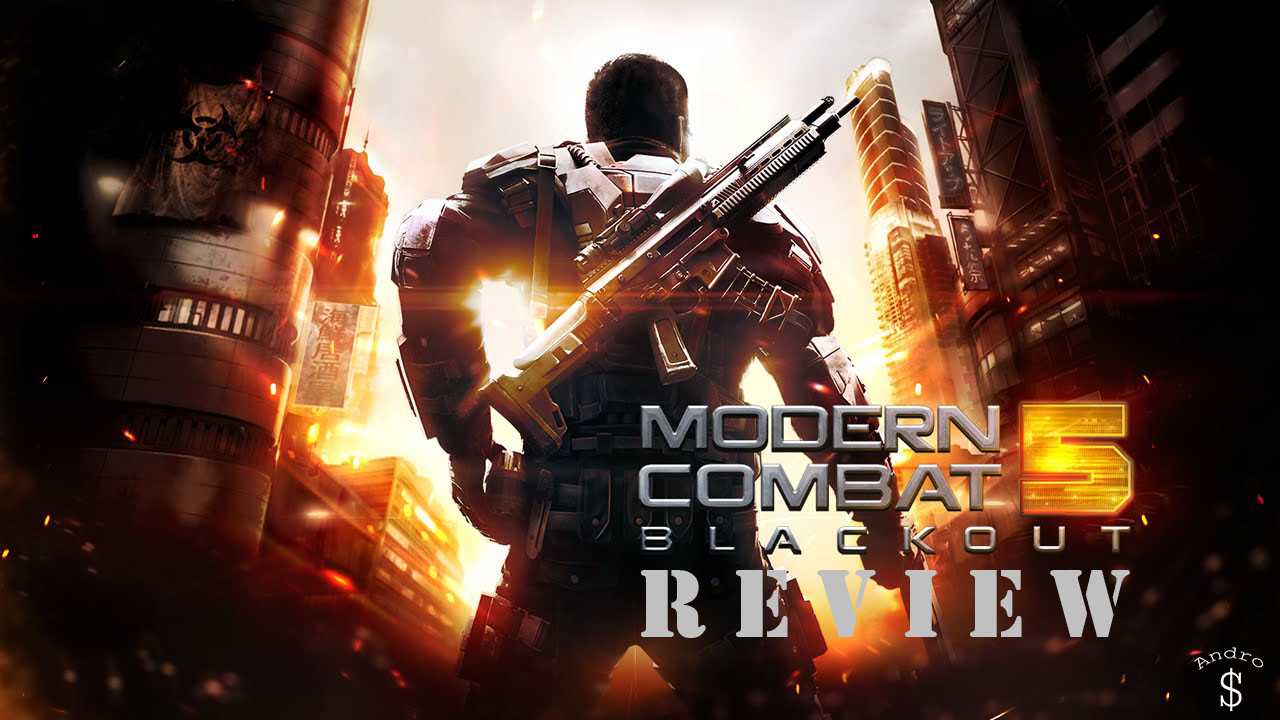 After all the Hype and Anticipation, Modern Combat 5 was released to the public on the 24th. Modern Combat series by Gameloft is a First Person Shooter Franchise. The Game has both the Single Player Mode and the Multiplayer Game Mode. I have had an extensive look at the game over the past few days. I was one of the First to get the game when it was released. So as soon as I got it i stared playing it, and a few days back I completed the Single Player Campaign. After finishing the game, I didn’t have to wonder about what I’m going to do next, because the Multiplayer mode was just there with a lot of cool online game modes. I Felt right at home. In brief, It has similar gameplay to Modern Combat 4, but this time around, Gameloft has managed to do it better. This is the Best FPS for Mobile as of today.

When you look at the game, Popular Console/PC Games like Call of Duty, Battlefield will come to your mind. This is following it’s footsteps, Yes. What is impressive is the fact that the Game is fully optimized for Mobiles and the Controls being precise. One would argue that it is not easy as using a Keyboard, Mouse or a Controller, and I agree. This is why Gameloft has given the user the freedom to use any Bluetooth Wireless Controller on Any Platform. Using a controller increases your level of accuracy when playing the game.

Like most other FPS games, Modern Combat 5 is also based on a Soldier, who’s job is to save the world by destroying the enemies. The main campaign has 6 main levels and each is divided in to main missions and Special Ops. I didn’t get bored a bit even, because of the intense gameplay. The game starts in Venice, Italy. Then the Game slowly progresses. I don’t want to spoil it for anyone, so I will leave it here without explaining what’s going to happen in the story; but I will say that the story felt strong and well build. There are daily global challenges as well. Some of these include Making and Managing Squads, Getting the most headshots or multiplayer wins during a certain time span Or just hanging out in global chat to kill sometime. We also have the chance to upgrade our skills and weapons. By getting more Headshots and Explosive Kills we get points and these points unlock achievements which gives us new weapons and gadgets to use with the weapons. It will feel like home for any FPS Gamer. Yes, There’s a lot to do, but one thing restricts that most of the time, and that is the Internet Connection. The Game requires you to be connected to the Internet all the time to play the game, and the connection has to be stable or you will get a message saying “reconnecting to network”. To be honest, this pissed me off quite often, as I wasn’t able to play the game on my iPad Air while I was travelling. I had to use my phone (Galaxy Note 3) to get it done. I understand why Gameloft is doing this; To reduce the chance of people cracking the game, but then the people who actually pay for the game like us, will have to suffer. Hopefully Gameloft will come out with a fix for this, at least to allow people to play single player missions offline.

One more annoying thins was the fact that the game felt a bit laggy sometimes. I’m pretty sure it’s not the fault of the devices i’m using, because I have used a Android device (Galaxy Note 3) and 2 iOS Device (iPhone 5S and iPad Air) where all all Flagship devices that have a lot of power underneath. I found out that it was due to the fact that the game was loading data on the background and I Hope a fix for this will arrive soon. That being said, The game is playable, so I didn’t feel so bad about it.

Overall the game is very well built, and it has more Positive things than Negative things, so If you are looking at the game and thinking whether or not to buy it, I say go get it. the $6.99 price tag is totally worth paying for. Here are the direct links,

I give the game 4.2/5 for the Amazing Graphics and Great Story line and Features. I highly recommend the game to Anyone who is looking for a Good FPS Game on Mobile.

So did you give Modern Combat 5 a shot yet? If so, what do you think? The comments section is all yours.

Finally, Don’t forget to Share this with your friends.