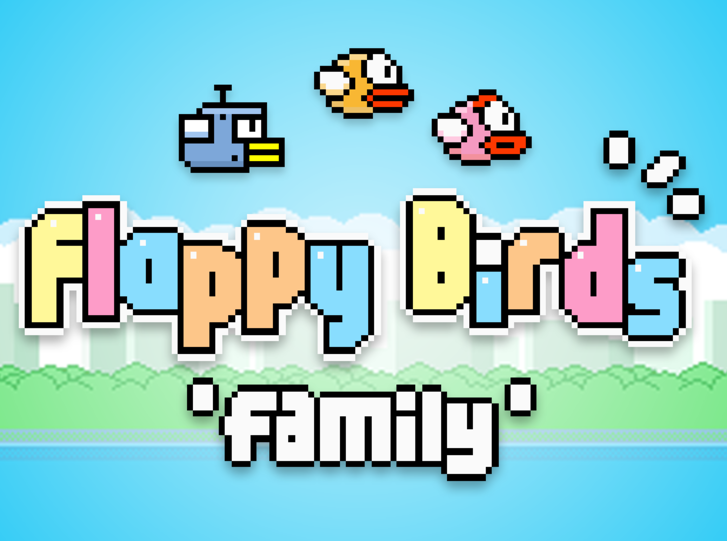 Flappy Bird is Back with Multiplayer Mode

As promised by developer Dong Nguyen, Flappy Bird is back. For those who don’t have a clue about Flappy bird, it is a Highly addictive game where you have to control Flappy bird through the pipe lines. The game became so popular, that it was soon generating $50,000 a day in ad revenue. Surprisingly, when it got so popular, Nguyen pulled the game from all of the app stores it was in, claiming that the game was getting too addictive. He later promised that Flappy Bird will be coming back, and it looks like it’s time, well Sorta.

The game is currently Only available on the Amazon App Store. It is not on the Google Play Store, Windows App Store or Apple App Store. Android users, can install Amazon’s App Store on their devices and install the game through that when it is made available for Android Devices (As of now it is only compatible to install with Amazon Devices). I will post an APK here as soon as I get my hands on one. iOS & Windows Phone users are going to have to wait a bit more till it is officially launched on the respective app stores.

The new version of Flappy Birds is now titled ‘Flappy Birds Family’. The game offers a Multiplayer mode and new obstacles, like ghosts, stand in the way of Flappy Bird’s successful journey. Download the game and check it out now. You can download the Amazon Appstore for Android here.

Once you checkout the game, let us know your initial thoughts about the game and what you think about the developer taking it slow this time to launch it on the App Stores.

Oh and In-case you missed it we already have a Tutorial on How to hack Flappy Bird. Check it out here, if you want to get an otherwise impossible score.