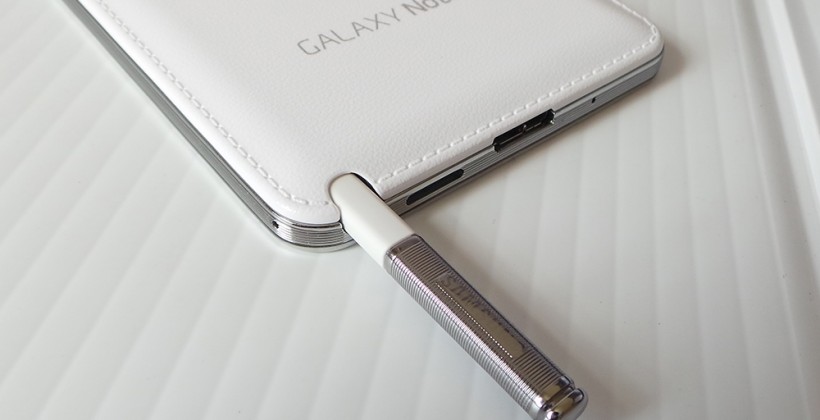 Galaxy Note 4 to launch on September 3rd with a UV Sensor?

A report out of the Korean Times claims that the Samsung Galaxy Note 4 will be announced in a little over a month from now, on September 3rd, just days before IFA 2014. The Note 3 got launched on September 4th last year, so this maybe correct. It is also said here that Samsung partners and the media should receive an official invitation soon. This is brillient news for the 101 of us that are waiting for the laugh of this beast. It is no doubt that this will go head to head with the upcoming 5.5″ iPhone 6, but I personally see the Note 4 regining supreme with all the skills it has, after all it has more features and makes sense why it is actually bigger than an average device.

It is said that the consumer electronics behemoth is also planning on sticking the best of the best hardware in the Galaxy Note 4. The insiders claim that the phablet,

will have far better specifications than the Galaxy S5″

and sport a 5.7” OLED display, though another version with a curved OLED screen is apparently also in the works. I personally wonder whether this curved version will end up being the Galaxy Round 2, because the same happened last year with the Note 3 launch. That’s not all, Apparently, the Note 4 will also be nestled within a metal frame, which would constitute a nice change of pace for Samsung. Moreover, the Note 4 is also said to be on path to becoming the first smartphone to sport an ultraviolet sensor which will measure UV radiation levels. It will also be waterproof just like the Galaxy S5.

Lastly, the report claims that Samsung’s new phablet will be equipped with a Qualcomm processor, if our earlier news report is true, the Note 4 will feature a Snapdragon 810 which is a 64bit chip. There is a possibility for the device to have a Snapdragon 805 as well. It is also said that the device will support Category 4 LTE. That said, we wouldn’t rule out the company’s home-grown Exynos processors entirely just yet. Keep in mind that we cannot verify the authenticity of these statements, yet it’s probably safe to say that September really can’t come soon enough.

I’m pumped up and I’m waiting for this beast to come out. Are you also like me?