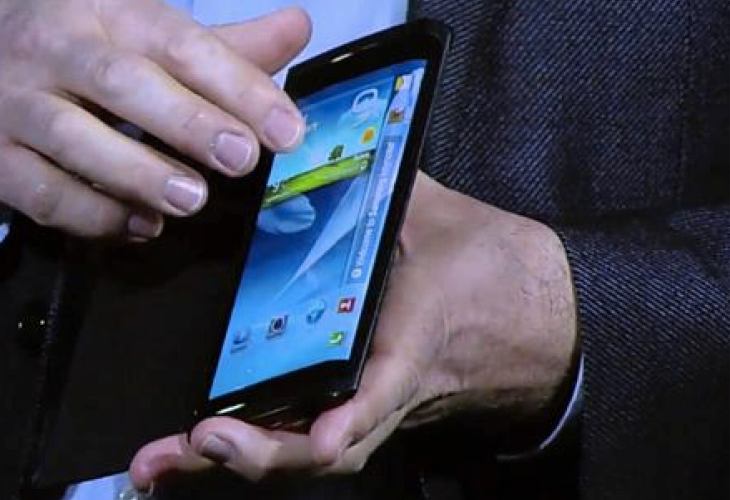 Curved displays may not be a thing right now, but I have a strong feeling that it will Indeed be the Next Big thing. We have reported on a Curved Display making it to the Note 4 earlier, and now it looks like the display’s have entered mass production.

Earlier report started that it might have a 3 sided Curved Display. This means the screen will be flowing beyond the front of the phone, and out over to the edges; At least that’s what we saw with Samsung’s Youm Prototype. The doubt that I have is whether they will be able to fit in a QHD Display (Yet) on to the Note 4, after all it’s Samsung, so they could release a Regular Non-Curved Note 4 as well. This report broke out earlier, when the South Korean Site, ZDnet Korea started reporting on the news. Some might not feel like there’s enough time for Samsung to make it ready by the Unpacked event which will unveil the Note 3 on the 3rd of September, but what we have to remember is that Samsung will not launch the device on that day it self (Just like it happened with the Previous Notes; The Note 3 took almost 3 weeks to launch), so they are going to have another 2-3 weeks more too get everything ready. So there might just be enough time. We are all going to have to wait and see. There is also another possibility with this news, that is the Unveiling of the Next Galaxy Round. Maybe they will make the Note 4 flat and make the Galaxy Round, you guessed it, ROUND. It’s just a matter of time, so let’s hope for the best.

I’m curious to know what you think about the Galaxy Note 4 having a Curved Screen; Do you think it will end up being a Gimmick or do you think it might just revolutionize the Smartphone industry? Comments section is open for your feedback now.