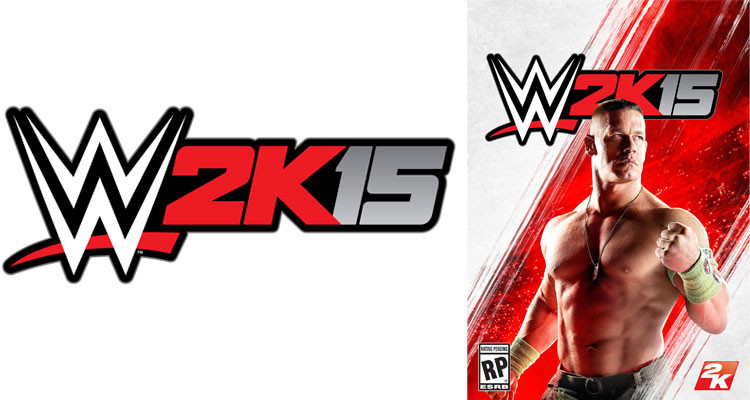 All signs point to CM Punk not returning to wrestling anytime soon, but WWE fans will have the chance to use his character in the WWE 2K15 game as part of the new 2K Showcase Mode, according to a press release from 2K Sports. If you follow WWE, you may already know that CM Punk has quit the WWE back in January. His charactor coming back in 2K 15 is a big deal (Atleast for the Hardcore fans).

2K Sports released the following image of Punk’s inclusion in the game along with a Similar Cover made for the other main stars that are going to be featured; John Cena, Triple H & Shawn Michaels. 2K Sports announced today that WWE 2K15 will feature a rivalries mode that will look at John Cena and CM Punk’s feud from 2011 – 2013, as well as Triple H’s feud with Shawn Michaels from 2002 – 2004. The stories will be told in a mini-documentary style, utilizing classic WWE videos, scripted commentary and historically accurate characters and events. In a conference call with 2K Games, Zap2it learned that the two feuds will consist of 33 matches total and allow for many unlockables that can be used in the game.

The moment Triple H ended his longtime friendship with ‘The Heartbreak Kid’ by slamming him with a Pedigree was a defining moment in WWE history. No fan can deny the fierce competition marking the notorious battles waged between Cena and Punk. These two rivalries are firmly etched in WWE history, and 2K Showcase enables fans to take part in those memorable experiences.”

WWE 2K15 is set to launch on October 28th for Xbox 360, Xbox One, PlayStation 3 and PlayStation 4 in the US, with an international release including UK expected 31 October 31, 2014. A ‘Hulkamania’ collector’s edition will be available with a boat load of extras including a piece of ring canvas from Monday Night RAW.