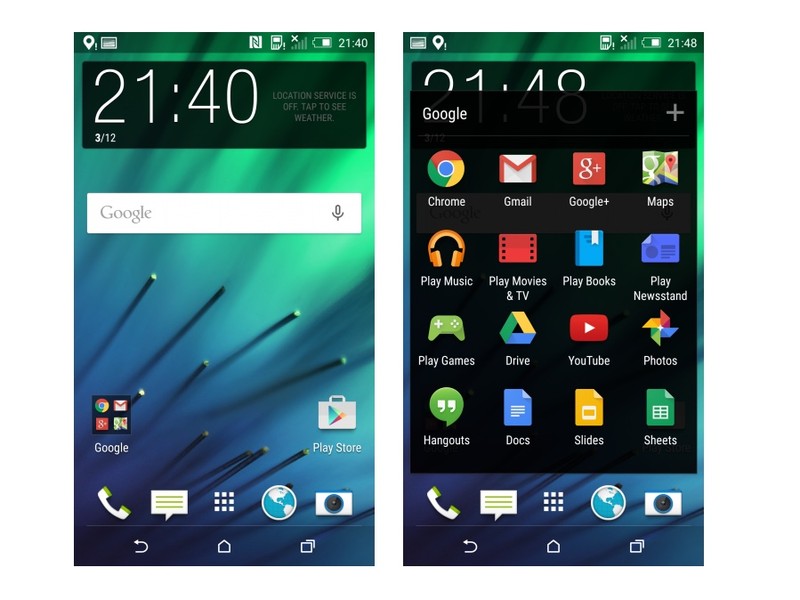 We previously saw what the Android Lollipop update will look like on HTC Sense courtesy of some Leaked Pictures, and today we have got even more screenshots & Videos demonstrating what’s new with the latest Update.

The Screenshots come to us from LlabTooFeR, who have revealed Android 5.0.1 Lollipop and HTC Sense 6 running on the HTC One M8. The UI still looks like HTC Sense 5, but with new animations and effects from Lollipop and a few new features.

On Lollipop, users will be able to use features like Lockscreen Notifications, and users will also have the option to pick between the Lollipop style Multitasking tray or the HTC Sense style Multitasking tray. The settings are also now searchable, like on stock Lollipop. The Notification Drawer, and the Folders also have the Transparent Effect on Sense 6. According to the Source, in this Build “Everything runs fast and smooth”.

HTC is looking to introduce a new mode called “Easy Mode” to make things easy. This is a feature we have seen in Samsung devices for quite a long time, and people who are new to smartphones will appreciate this, and the colorful tiles will make it an enjoyable experience. Checkout the Video below that demonstrates “Easy Mode” on the HTC One M8.

We are expecting the Official update to roll out to HTC One Devices in Early January of 2015. Hopefully this update will make the HTC One even better.

So are you waiting for the Update? What else would you like to see changed on Sense 6? Let me know in the comments section below.